Before anyone imagines the History Girls all sitting down to write booted and suited in pinstripe, just let me say that cross-dressing is the topic that Caroline Lawrence has kindly set this month, knowing that most of us have, somewhere or other, a reference to this in our historical fiction. 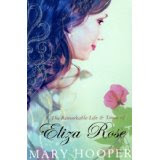 In THE REMARKABLE LIFE AND TIMES OF ELIZA ROSE, Eliza and Nell Gwyn (with whom Eliza is working as a maid) dress as boys to attend an evening of revelry at Foxhall Gardens. They wear dark velvet doublets slashed with gold and short breeches; with Nell’s being cut daringly high to show off as much of her shapely legs as possible, for she hopes to catch the eye of Charles II, the “Merry Monarch”. Nell Gwyn sometimes played boys on stage, too, clad in a lot less than she’d have to wear as a girl.

In THE BETRAYAL, which is the last book of a trilogy set at the court of Queen Elizabeth, my main character, Lucy, puts on a lad’s clothes to attend a performance of The Two Gentlemen of Verona and, on the way out, gets spotted as a fine-looking boy. She is asked to join the company and play a small female part in the next play they are to perform. So then I have a girl, disguised as a boy, disguised as a girl. This was great fun to write, especially when the other players, thinking Lucy is a boy, comment on her marvellously natural feminine charms.

Lucy herself, for once unencumbered by corset, bodice, layers of petticoats and so on, loves the freedom that being dressed as a boy offers:

Dressed and capped to my satisfaction, the thought of the small adventure I was about to embark on put me in such high spirits that I couldn’t resist acting the lad all the way to the Curtain Theatre. Much to Sonny’s dismay I knocked off his cap, chased after a dog and even spent some time looking in the window of a barber-surgeon’s shop, pondering aloud whether or not I should go in and be shaved. 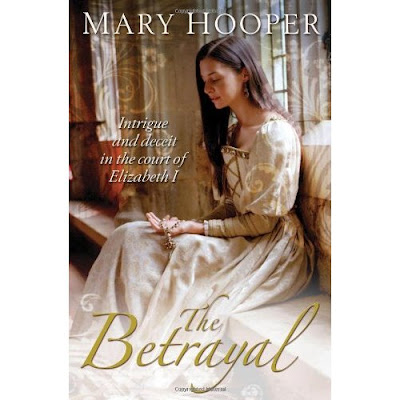 Historically speaking, for a girl to dress as a boy is regarded as sexy, daring and a bit naughty, but the circumstances have not so far risen in any of my books where it has been necessary for a boy to don a girl’s clothes. Shades of Danny la Rue: it just doesn’t have the same appeal that way round, does it? In the book I am currently writing, however, (no title yet) it will becomes necessary for the main male character to disguise himself as a woman - and I am hoping I can make it work without the whole thing degenerating into farce.
Posted by Mary Hooper at 01:01

A man is dressed as a woman in The Diamond of Dury Lane by Julia Golding, but other than that I can't think of any, :)

It's true ... it is strange how the gender divide works in trans-dressing. A man dressed as a woman may lose something of his power or dignity, but a woman dressed as a man acquires a simulacrum of testosterone and feels empowered to act out??? Is this right?

As Edith Evans says, 'When a woman behaves like a man why doesn't she behave like a nice man?'

I think what Michelle says about women dressing as men is at least partly true, but I think it's also a great dramatic device: WHEN and HOW will he/she be found out? Good luck with it - I am sure you'll find a way to avoid farce.

Huck Finn? It's usually comedic that way round, isn't it?

And of course, our own Caroline Lawrence's P.K.Pinkerton, who started this theme off.

Very interesting post Mary! I have never thought of that aspect of it...that it's comical one way round but not the other. Hmm.

The one that comes to mind for me is in non-fiction - after Culloden where Bonnie Prince Charlie, escapes, (as in the Skye Boat Song...."speed bonnie boat" and all that) when it was deadly serious that he fool the English soldiers into believing he was Flora MacDonald's maid.