Joining the historical dots a guest post by Pippa Goodhart 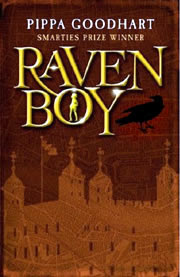 Do you find there's almost a 'detective element' in it sometimes, as if we're not 'making it up' but uncovering a story that was already there and simply waiting for someone to find and tell it?

Either way, I think I'll have to read 'Raven Boy'!

I agree, joining the dots - or searching for missing pieces of a jigsaw - is exactly what it feels like. What I think is strange, though, is the process by which we recognise that a particular detail fits the narrative. You call it an 'hello' moment. And you know that it's worked when, subsequently, you can't imagine the story being any other way. I remember a television producer once saying to me (while rejecting draft one) "We don't know we want but we'll know it when we see it." Harsh but true...