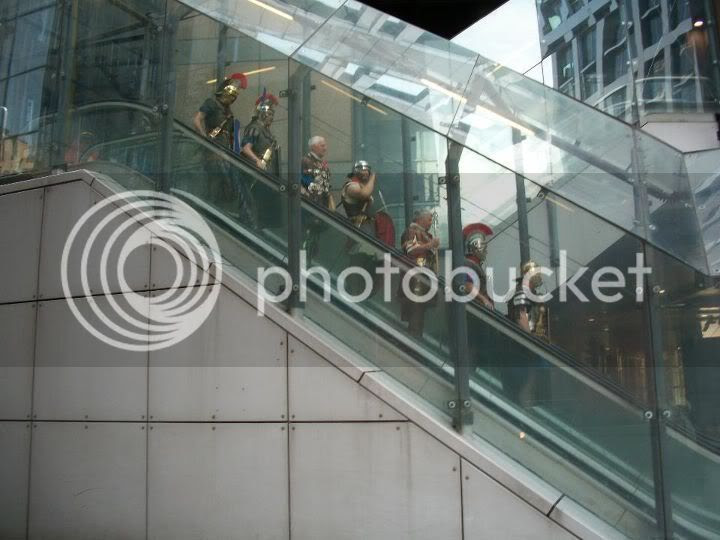 I am of a strange generation, straddling two worlds. My grandmother, born in 1914 was ninety seven last week, her mother, who died when I was sixteen, was born at the end of the nineteenth century. I have had a direct link with the age that precedes the welfare state, the age of the horse drawn carriage, oil lamps and tin baths, domestic service, back street abortions and the fear of the workhouse. The link carries through two world wars,the creation of the NHS, the wireless, the radiogram, to the age of the pill, the radio, the tv the internet and the mobile phone. I remember when wash day took all day - my grandmother had a dolly and a mangle. She would boil, and blue and starch whites, then would dry and air, and iron and that too would take a whole day. I casually 'put a wash on' most days, use an ecology destroying tumble dryer and am a stranger to the iron.
Am I of the first generation to know less than my children? I first used a computer in 1985, used an early version of the internet in ’87. Even so I am an ignorant visitor to the digital age, irritating my children with my idiosyncratic approach, my inefficiency and impatience with instructions.
Our society has reached a degree of complexity that many of us don’t understand how it works. Indeed I don't even know how much I don't know, just how much a problem in an oil well in the Middle East directly impacts my ability to buy coffee in Richmond. One slight blip with the National Grid and we cannot cook or wash, or do our jobs. The failure of any one part of the system could paralyse the whole and as someone or other said we are never more than three meals from riot.
The point of this ramble is this: complex societies when they fail, fail fast and in the past they have failed often. I like to write about such times, moments which straddle the rise and fall of one culture or another: the departure of the legions from Britain, the coming of the Angles; the moments when chaos descends. Fruitful as they are for stories however I’m not sure I want to live in such times and we may just be on the brink.
There is a well known article by Brian Ward- Perkins which suggests that once Rome with all its administration and advanced technological specialisation left these shores, the economy slumped to below its pre Roman level and took three hundred years to recover. According to Professor Ian Morris of Stanford until around 1700 societies have tended to reach a degree of complexity and then spectacularly imploded. The West has far exceeded that ceiling, have we finally reached a new one? Will my generation straddle a third world, that of the decline and fall of Europe? Tin bath anybody?
Posted by Nicky at 09:33

This is a grim and timely reminder that our own little concerns are but specks in the wider context of history.

We must be about the same age.

I feel privileged to have witnessed some of the changes - particularly the efforts women have made to include themselves in the story (against huge opposition, and still with so far to go).

But my grandchildren - I worry about the world we have made for them. It's not good enough to know I won't be around to see it, that they can clear up our mess. So - off to the recycling centre it is then.

I've always believed people make history. I cling to the idea that man is infinitely adaptable. So I'm not frightened by complexity. I'm more concerned about the people who are currently trying to control or take advantage of it. For me, the scale of their intellect, the spread of their motivations, their ability to inspire or extort support define today's crises more succinctly than financial, social and technological implosions/explosions.

The Greek and Roman eras, the Renaissance, the Enlightenment, the Industrial Revolution, the World Wars are not marked so much by events and developments as by the people that created or responded to them. The worry is that Dave and Nick, Angela and Sarko, Vlad, Gates and Zuckerberg etc. haven't got it in them to measure up to Socrates, the Caesars, da Vinci, Newton, Gladstone and Dizzy, Einstein, Wilson and the Welsh Ram, FDR, Winnie and Uncle Joe et al.

insightful, and, if disaster can be, quite entertaining. Let us pray the facts stay on the page till better minds find the way back to sanity-humanity and simplicity.

I remember my mother saying how strange it felt to see everyday items from her youth in a museum--like the dolly peg. I suspect I'm approaching that stage of life myself, now.

My grandmother was born in 1901, the year Queen Victoria died. My grandfather-in-law (if there is such a relationship) was born before Victoria came to the throne; my father-in-law, born in the 1890s, was the youngest of 13, born to his father's second wife. All of the years since Wilson senior was born were marked by enormous technological progress - the tin bath itself was a product of that.
My mother witnessed the total breakdown of civilisation after World War 2, in Germany, so I was born with the awareness that we can't feel secure about any of the accoutrements of civilisation. I keep reading stuff in the New Scientist about how we'll get more stupid as we devolve things to computers. I don't think this is a good thing, though some scientists do seem to view the idea with approval. Do your own calculations sometimes; remember how to read a map; bake your own bread and grow a few vegetables. The latter is a good education in how much work is involved, and might prevent food waste - especially if you have a compost heap for the odd gone-off veg or the 'unavoidable waste' of preparation..
Having said that, I don't know how to build my own wood-heated bread oven. I know the principle, that's all...
Great blog, Nicky

Grim though it is, I'm inclined to agree with you, Nicky. (But the Internet is older than you think, and 1987 was not an early 'version'.)

Leslie - was your grandfather-in-law really born before 1837? And your father-in-law is (or would be) really pushing 120? How bizarre to have two men in a family having children so late they can span such a vast expanse of time in just two generations!

Ah yes you are right I was being sloppy - I was referring to an early internal email system which no one used or indeed could quite see the point of at the time. I know usenet was active early, though I didn't discover it until the early nineties. I've never been exactly cutting edge.

I think we're incredibly lucky to live in this century for all its faults and dangers. One thing that scares me is the speed of change. I know that my computer and mobile which are eighteen months old (shock horror) are already well out of date in their technology and this morning I heard on Radio 4 that the Japanese were working on a hologram television.
Do we need all these 'advances'. In terms of manufacturing and sales, I can see that we do. But we should hold onto our crafts and basic skills. As for me, I have a large wood burning stove and when the lights go out, I feel very smug.

Very thought provoking, Nicki - but my understanding is that we've always been 'three meals away from a riot.' It's our short memories which make us think otherwise.