Bring out your dead! Or, a new kind of ghost-writer – Michelle Lovric 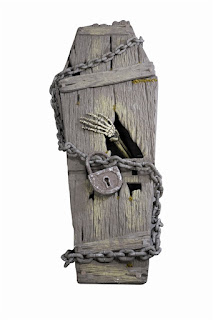 My subject in this Dickensian week is the ghosts of books past. But first we must take a detour into the construction industry.

Eighty per cent of the energy that a building will use over its lifetime has already been spent in its construction. Therefore architects and green-minded planners are now looking at refurbishing old urban buildings rather than demolishing them. City centres, it turns out, can be a better shade of green than the new so-called ‘green towns’. Moreover, in a city, the energy expended on lighting and infrastructure reaches a higher density of people. If you righteously inhabit a ‘green town’, you still have to get in your car and drive into a real dirty old town to work, shop or be entertained. (Even your cardboard coffin will have to be carried in a large petrol-guzzling vehicle to your green burial site.) If you live in a city centre, you can walk everywhere or use greenish public transport.

So how does this relate to books and publishing? And ghosts, for that matter? Well, in the rush for absolute novelty, I worry about the way many publishers forget their existing buried treasure. Why are so many fantastic books out of print? Why are so few relaunched? Or reprinted? How many authors are dropped at the first sign of sales becalming, with no questions asked about an ill-advised cover or a marketing non-event? Instead, some publishers are addicted to the Next Big Thing. Books are being put in their graves prematurely, in my opinion, and coffin lids are being nailed down on characters who are still breathing. The squirrel who forgets where his nuts are buried is likely to go hungry – some publishers could perhaps nourish their bottom lines if they remembered and dug up some of the valuable material they have ‘laid down’. I hasten to add that many publishers do keep their backlists alive, and all power to their elbows in this.

As an anthologist, I was always dismayed when publishers still claimed permission fees for extracts from books that had been out of print for more than fifty years. I could never be sure if these fees were precisely legal, or if the authors/estates would ever get a taste of them. But I did know that I’d be in time-wasting trouble if I didn’t pay them, so I did. And every time a publisher took my money for one of these forgotten books, I had a faint hope that some fresh, young, bibliocurious editor might descend to the cobwebbed vaults and view the mildewed file copy that (I hoped) they’d kept down there.

But what I really hoped was that the cub editor would think, ‘This is damned fine stuff. And still of interest. We should reprint this little masterpiece! It’s still just as good as it always was. One short life was not enough for it.’

And then we would see a return on a book’s energy – the writing, editing and designing: the eighty per cent of energy required in its original construction. Even if one or all three were tweaked a little to accommodate modern taste, and yes, that pernicious desire for something new, such books would still be greener than anything manufactured from scratch.

I’m not saying that new books should be banned. Quite the opposite. I want all deserving writers to be able to eat and buy a new pencil from time to time. No, what I am proposing is a new kind of ghost-writing: new books could be TWINNED with revivals of old, wonderful books on similar themes. The living authors could talk about the dead ones. The dead ones would talk, subliminally, to readers’ memories. Living and dead authors could go on virtual tours together.

Wouldn’t I love to be lit-twinned with Rhoda Broughton, or Augustus Sala? My latest, Talina in the Tower, is about a Venetian girl who turns into a cat in Victorian times. Therefore I’d love to twin it with the immortal (yet out of print) CATS: Their Points and Classification with Chapters on Feline Ailments and Their Remedies. How to Train for Performing Tricks, etc, by W. Gordon Stables, M.D., C.M., R.N.

The title belies the book’s lovely, arch tone, the irrepressible tendency towards anecdote and editorializing. He bemoans the shameful cat show classification ‘cats of no sex’, who are judged on weight alone. He has ideas for training cats to open and close doors, ring the doorbell and do somersaults on request. He tells horror stories of people who leave cats shut up in houses to starve to death while they go on holiday. Dr Stables has a great cat lexicon too. I have never seen it written before that cats say ‘Wurram’ – but they absolutely do. As for discipline, he admits that ‘there are times when even the most highly-trained cat will deviate from the paths of decency’. In this case, he unfashionably recommends a little bit of whalebone to switch the offender several times across the fore-paws or the tops only of the ears before turning her out of doors. Obviously I vehemently disagree with any corporal punishment for cats. All the better! Dr Stables and I can debate the matter with passion.

Then there’s the genial William Dean Howells, who lived in my own house in Venice at exactly the time that Talina in the Tower is set. His book, Venetian Life, is one of the most charming volumes written by a foreigner about the city. Venetian cats receive some honourable mentions. We’d have plenty to talk about, he and I.

So I’d be happy to go on tour with Dr Stables and Mr Dean Howells, answering questions about all things cat and all things Victorian Venice. I don’t believe the revived sales of their books would damage mine.

Is it a crazy idea?

And so was separating rubbish.

And so were energy-saving light bulbs.

And so were hyper-sexed thousand-year-old vampires.

So, no publisher-bashing comments please, as that’s not what this blog is about. Without publishers, there’d be no books at all. Much more interesting is this question: If you’re a writer, who would your writerly ghost-twin be? Who do you imagine opposite you in the Edinburgh yurt, swigging that last medicinal glass before your minder takes you up on stage? Or on that train to the school visit? Or sitting beside you signing at a bookshop?

What a fun idea! But what if your "twin" author is still alive? It would be more a case of "Take your Mentor to Work" than "Bring out your dead"! lol.

I would have shot of whiskey in the Edinburgh yurt with Charles Portis (still very much alive), sign next to Mary Renault (although her queue might dwarf mine) and go to the school event with Gerald Durrell (not so long gone) who would no doubt enliven a long train journey with fascinating anecdotes of his family and other animals.

I'd REALLY like to sit opposite Gerald of Wales or Walter Map, the two 12th century writers in my last post. Magnificent raconteurs the pair of them - trouble is, I would need an interpreter as I don't speak Latin and my modern French would hardly cut it. They would think me an ignoramus.

I just love this post and agree entirely about out of print books....well, I would say that, woudldn't I? But as for ghosts, well, I wouldn't mind a chat with Homer (if Homer is one person) and I would love a girly lunch with Dorothy Whipple and Barbara Pym. Separately or together....And Jane Nissen's good idea of reprinting books that deserved to be in print worked wonders. As does, still, Persephone books...maybe there's an opportunity there for some bright young thing to do some sort of Golden Oldies list or something...And cats do indeed say WURRAM! Brilliant.

Oh Michelle this idea is too big to be restricted to a comment box. Can't we do a series of these? Off the top of my head I'm half in love with Felix Platter who was a medical student in Montpellier in the 16th Century. He kept a journal which is full of fascinating information about the times, his studies and his student social activities, which weren't much different form modern days - except perhaps his nocturnal attempt with friends to body-snatch! I learned so much and shared his shock at the brutalities he witnessed, and laughed when the new boot spurs he'd bought to wear to impress a lady tore the hem of her dress and caused him to fall over.

The 'twinning' is a wonderful idea.

Bravo, Michelle, a lovely idea. Perhaps with the rise of the e-book going 'out of print', or the equivalent, won't be such an issue - I hope so. As for being 'twinned' with a book, one that springs to mind is Van Loon's Lives by Hendrik Willem van Loon, written and illustrated in the 40s by a Dutchman in exile in the US, and in which great figures from history are invited for supper and a chat. Wonderful.

Such a wonderful idea, Michelle, if only I could make up my mind!

A lovely idea. Now, who would I twin with?
Small caveat, though. Do people get carried on foot to the crem in the inner city, rather than going by hearse? I have to tell you that in the Irish countryside, not so long ago, the coffin was carried all the way from the farmhouse to the burial ground, a long job that was performed by shifts of all the men of the neighbourhood in turn. I know more than one man who took a turn 'giving a lift' in this manner. Now there's a tradition worth reviving for the sake of low-carbon living.

I have read Talina and it is marvellous, everyone! Guaranteed pure pleasure.

I'd love to be twinned with Aphra Behn and Georgette Heyer please. Neither of them out of print, but very dead. And I'd love to read lots more of the early novels - all those women who wrote around the same time as Ann Radcliffe and Charlotte Smith but whose works have since disappeared.

I'd love to be twinned by Rohald Dahl and should we be in the author's yurt at the Edinburgh Book Festival, I would try to suck in some of his magic and his humour.
Congratulations on Talina in the Tower, Michelle. I thoroughly enjoyed it.