We're having a brief reflective pause on the History Girls blog today to look at some vital statistics. This has nothing to do with Emma Darwin's post on wearing the right underwear but is an inside peek at what topics people have been drawn to since we started in July 2011.

Those who administer a blog are privy to a special "Stats page". Anyone can see that we've had nearly 92,000 "views" since we started and have 258 followers. But you have to be an "admin" to know that our most popular post ever, with 1,200+ views is Caroline Lawrence's on Roman Christmas. (Actually the real most popular post with 500 views more than that is Pauline Francis's Guest Post on Elizabeth the First and perfume. However that one has also attracted the most Anonymous Spam comments, so I think we can suspend belief about some of those hits. Something about that correlation brought the Spammers out in force - I daren't put the link again). 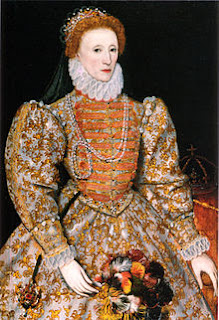 The majority of our pageviews are from the United Kingdom, as you might expect, but nearly half as many are from the USA and it's interesting to see there are twice as many views each from Russia and India as from Italy!

Facebook drives more traffic to the site than does Twitter. The greatest number of Comments (26) used to be for Katherine Langrish's blogpost on Torture as Entertainment but that is now neck and neck with H.M. Castor's post on The Bewildering Boleyn.

If you look at the Cloud arrangement of labels on the right-hand side, you would think that our major pre-occupation since we started has been Cross-dressing! That's because Caroline Lawrence suggested we might take up a theme in a given month and ten posts in September/October responded to that idea.

But Christmas was equal with Cross-Dressing in the number of mentions!

It will be very interesting to look again at the end of June and see what the Stats have been after a whole year of blogging. But just a quick thank you to all our followers, commenters and page-viewers - even the Spammers. We are very pleased that the figures are so healthy.

Louisa Young will be back soon
Posted by Mary Hoffman at 01:01

Fascinating stuff Mary! Thank you for this.

Thank you for telling us where we are. Who's reading us in Russia? Fascinating thought.

Thank you for these statistics, Mary.

Interesting Mary! Your post title is a quote I remember well from my Statistics text book at Uni. (It could also be applied to royalty statements...!)