A Forgotten Pioneer by Marie-Louise Jensen 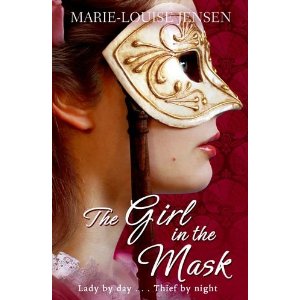 One might think that the first woman in English literature to make her living as a professional writer would be an icon for us all. She blazed the trail for every one of us, after all. But does any one know her name?
Aphra Behn was the courageous and talented woman in question. I'm glad to say, her works ARE still in print - though she's not precisely a household name. Her plays, once so popular, are rarely performed now, though they did stay in the theatre repetoire for over a hundred years.
﻿
Aphra Behn, born Aphra Johnson in 1640, is a shady and fascinating character.  Little is known about her except that it's thought she lived for a spell in Surinam and was widowed after only a short marriage. In 1667 Behn served as a spy for King Charles II in Antwerp. This seems a daring and unusual thing for a woman to have done at that time. Unfortunately, it seems she discovered little of much use for the King. In the way of kings, he therefore considered it beneath him to actually pay her for her loyalty to the crown. This led to her being imprisoned in 1668 for the debts she'd incurred in his service.
In Aphra Behn's day, women had very few choices for earning money. Marriage or becoming some man's mistress were the two main choices for a woman of birth and education. Behn chose neither, opting instead to write her way out of debt. She wrote plays, stories and poems and became both highly regarded and successful. She was not the only woman playwright of the time, but she was the first and the most successful.

The era being the Restoration, the Comedy of Manners was the vogue. In the hands of Congreve, Wycherly and the like, these were bawdy, rather heartless romps of intrigues and betrayals. Aphra Behn turned the genre into something different. She was subversive and addressed the dire situation of women; both nobly born and courtesans.
In The Rover, arguably Behn's best known play, Hellena is a young girl ordered by her father and brother to marry an elderly man. She has plenty to say on the subject of young girls marrying old men; so much so that when the play was performed in the Georgian era, some of her best speeches were cut short, because they were considered too outspoken and shocking.
But Behn didn't restrict her concerns for women to the wealthy classes: the tragedy of the courtesan who gives her heart to a roving soldier only to be utterly betrayed is a moving part of the play. No wonder Behn is considered a feminist. Her life and her works shrug off the conventional, call for choice and openly criticize the restricted role of women.
I rediscovered Behn and her fabulous play whilst researching what kind of reading material my narrator might have had access to in 1715. Given that The Girl in the Mask contains both spies and girls who won't accept their place in society, it was simply too good to resist. Behn, her life and her play all have an important part to play in my own character's rebellion against social norms. She is quite simply an inspiration.

Posted by Marie-Louise Jensen at 00:30

Email ThisBlogThis!Share to TwitterShare to FacebookShare to Pinterest
Labels: Aphra Behn, feminism, spies, The Girl in the Mask, The Rover

Great post. I knew the name, but not much about her.

How many wonderful women, with extraordinary lives, are still to be discovered beneath the tales of male swashbuckling?

Probably more than we'll ever know, Jo. But they carried the baton and passed it on to us!

"All women together, ought to let flowers fall upon the grave of Aphra Behn" - Virginia Woolf. Very interesting! She's wonderful, isn't she? Her short novel Oroonoko is fascinating too and was very popular as a play throughout the 18th century. Have you read it? It's such interesting reading - a 17th century book by a woman about a black King betrayed into slavery by a white man. Much to think on...

I'd heard of her plays but only recently discovered that she'd written novels as well. I have a 'hold' on Oroonoko at the library - looking forward to reading it.

I'd heard of her too, but no more than that. Thanks, Marie-Louise!

As well as the short novel Oroonoko, almost certainly influenced by her time in Surinam, Aphra Behn wrote one of the first novels in the English Language - "Love Letters Between a Nobleman and His Sister". Although several epistolary novels had appeared before this, over the three volumes it gradually makes more and more use of narrative prose.

Aphra Behn is of course very influential as one of the first female PROFESSIONAL writers but do also check out the wonderful work by women such as Margaret Cavendish (an aristocrat whose living was entirely supported by her husband - but who unusually allowed her to spend vast sums on self-publishing her work in her own name) and Eliza Haywood - an actress and writer who was largely self-supporting.

There are many more to discover!

I didn't know anything about Aphra Benn. Thanks so much for this post and for making her more than just a name I'd heard. Fascinating!

Great post and I agree Aphra Behn should be better known. I do remember seeing a production of The Rover in the late 80s, with (IIRC) Jeremy Irons and Stephanie Beacham.

I'd love to see a production *sigh*. I had to make up the one in my story without ever having seen an actual one. Thank you all for your lovely comments - and thanks to Imogen for the Virginia Woolf quotation which I meant to include in this piece and forgot. I have only read half of Oroonoko *buries head in shame and resolves to finish it.* I got on better with the plays.

Aphra had *just* been added as an optioinal thingy on the Cambridge syllabus when I was an undergrad. I didn't do that paper, but did wonder how it had taken *so long*!

Aphra Behn is one of my heroes and I find it very sad that she is not given the credit she is due. But have you looked at Penelope Aubin, she was known as a pious author but she was anything but. Well worth investigating as she managed to get all sorts of political digs into her novels.
Until recently the only thing known about her was that she was ugly. A friend of mine has spent the last four years researching her and has come up with some extraordinary facts about her. If you get a chance check her work out

I'll make a note now and see what I can find in the library tomorrow - thank you! There are so many fabulous women authors who are all but forgotten.