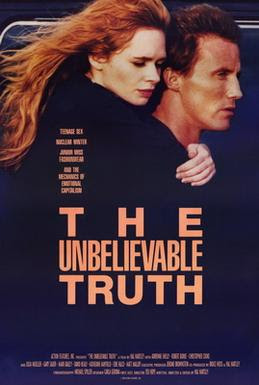 My current work in progress is not historical but a kind of horror fantasy. While this might disqualify me from blogging about it on this forum, I would be a poor kind of fantasist if I couldn’t find a way round this minor disadvantage. I would like to claim that writing history and writing fantasy is very similar – no, damn it, I will claim that they are very similar and history and fantasy writers battle the same difficulties in bringing a story to the page and making it live in the mind of the reader.
But first I must acknowledge the biggest difference: research.
For most writers of all persuasion research is necessary – crime writers need to know about procedure and forensics and bus times and ballistics, even fantasy writers have to find out how the world of their imagining might fit together, which has had me researching dye making, wolves, insect life cycles, animal husbandry , beer making and physics theories in the past to name but a few. I usually ‘borrow’ ideas from history – Renaissance Florentine history for ‘Basilisk’, theories about Neolithic history for ’Story of Stone', maps of pre war London for ‘Shadow Web’ but I would hazard that historical writers probably do more research than most of us.
In writing fantasy after what is usually a relatively short period of research, I begin a more protracted period of invention ie I make it up. In writing fantasy the making things up only has to be constrained by what is feasible in the story world of your imagining, and credible to the reader. In writing historical novels there is that added constraint of all those by turns inconvenient, extraordinary and sometimes plain unbelievable historical facts: golden handcuffs manacling the writer to the ‘truth’ of the past.
Of course research is only the beginning. We have probably all read novels of one kind or another when the research gets in the way of the story; where at every point the reader is reminded in great detail of the thoroughness of a writer’s preparatory work but remains admiring yet unengaged. The same is true of fantasy where the reader is told about the world in such minute detail that they story is dwarfed by the intricacy of the world building. We have to make a choice not of how much but also of what to tell and that really is the hard part. For me the trick of fantasy and of history is to introduce the reader to an alternate reality - the past or another world, as if it were the only reality – immersing them in strangeness without explanation or exegesis. In this kind of writing each carefully selected detail of clothes, furniture, manners builds on this picture of otherness.
Which brings me to the battle for the reader’s cooperation, their willing suspension of disbelief. How far should you go? In conveying the truly strange where do we strike a balance between what was or would be and what will be meaningful for the contemporary reader?
AS you may by now have guessed I am struggling with this problem in my current project. In constructing a reality, you can’t easily abandon its logic for that logic is the fantasy version of a historical truth. How strange can the story reality be before I lose my reader? So I would like to ask you historical writers how far can the illusion of history found in a novel truly reflect the alien nature of other times and other societies? Should a research truth be abandoned in order to tell a better story. In order to be credible and feasible do we have to ignore the most peculiar of facts? How do you deal with the truly weird?
Posted by Nicky at 11:23

What an interesting question! Sometimes the most weird can be slotted in with the weirdness a feature - but sometimes, of course, it just ends up looking implausible.

I've not written fantasy, but I imagine it must in some ways be harder to do the research. At least with historical research, you can get one bit wrong and the rest is still right, whereas if you build your whole world on a false premise I guess the whole thing could crumble!

I am proposing an analogy with going on holiday: Some people want to go somewhere exotic and meet new cultures and struggle with new languages and the danger of the unknown, and the strangeness, struggle, danger and interest is very much part of the benefit. In contrast, other people want it to all be arranged for them, to be with people just like them, to only speak English, and to get their meals from McDonalds: Different travellers and different readers.

I sometimes miss out less-palatable details from the past (eg in my first book I discovered that wedding guests spat their prune-stones across the room) because I don't wish to alienate readers. And I invent extra events. But I would be very reluctant to actually alter the past significantly.
However, we can only ever reinterpret the past, and capture fragments of how it really was. How I would love a time machine or at least a window onto past events.

You have depicted one of my all-time favourite films here - love it!

What a fascinating blog... and discussion. I love that you borrow real ideas from history for your fantasy books, and presumably use your other expertise (like dye making and animal husbandry).

In order to be credible and feasible do we have to ignore the most peculiar of facts? How do you deal with the truly weird?

I think that peculiar and weird facts are the best parts of historical fiction (especially if shown to be true!) Isn't that why we trawl through primary sources? Not just to depict the world, but to find exceptional events? Like Pliny the Elder taking a bath during the eruption of Vesuvius. Or Mark Twain fighting a duel because of a drunken newspaper article. And a thousand more...

That's why I prefer historical fiction to fantasy. Truth really is stranger than fiction.

I think it is. I know I've held back from depicting the full weirdness of the Roman army - eg their obsession with phalluses etc. I first approached the classical world filtered through Hollywood,TV ( I Claudius)etc and novels - an entry point shared by my readers so I have compromised a little for the sake of accessibility.