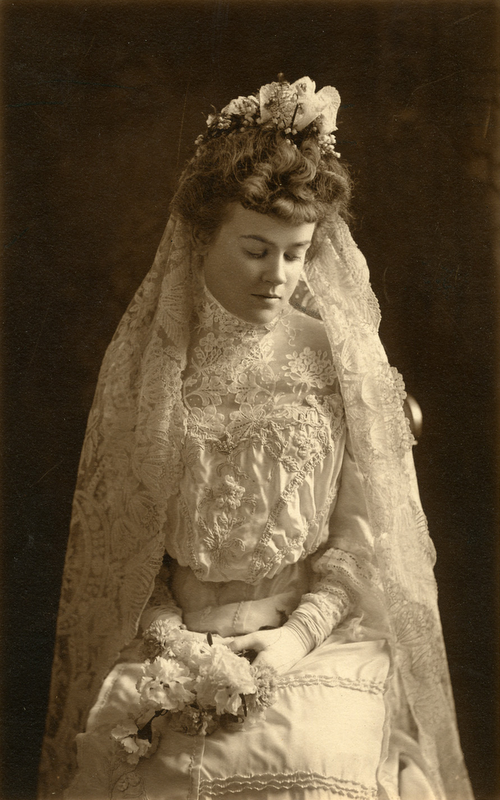 Recently I’ve been reading Victorian manuals on domestic happiness, aimed at women, obviously. With the storm raging at the moment over the changing nature of feminism, whether young women consider themselves feminists, or whether they even perceive the need for feminism, these manuals make fascinating reading. Consider the opening gem, from Daughters of England, published in 1843, but which proved most popular in America: ‘As women...the first thing of importance is to be content to be inferior to men’. The book then goes on to list the very many ways in which we might still prove ourselves worthy, whilst reconciling ourselves to our lowly position in life. For instance, whilst an unhealthy interest in science might result in sacrificing a ‘portion of your feminine delicacy’, a ‘woman without poetry is a landscape without sunshine’.

But only English language poetry. For, ‘with regard to the time spent in the acquisition of languages, I fear I must incur the risk of being thought neither liberal not enlightened; for I confess, I do not see the value of languages to a woman, except so far as they serve the purpose of conversation with persons of different countries, or acquaintance with the works of authors whose essential excellencies cannot be translated into our own tongue; and how far these two objects are carried out by the daughters of England, either from necessity or inclination, I must leave to their own consideration.’

There is, of course, much good advice buried in these manuals too. Time and again the emphasis is upon the importance of friendship and persistence in marriage. Rarely, if ever, is the subject of sex touched upon. The nature and conduct of marital relations were explained in cheaper pamphlets distributed through a more clandestine social network. Instead, in the more acceptable manuals, lines such as, ‘The bloom of modesty is soon rubbed off by vulgar contact; but what is thus lost to the young female can never be restored,’ served as a warning to young ladies inclined to bestow too generous affections on the opposite sex.

The more polite manuals were intended for and of use mainly to the women of the ever-growing middle classes, but they were popular with poorer girls too, who perhaps wanted something to hope for in their hard lives. In poorer communities, social niceties and divisions of the sexes were more to do with division of labour if not outright survival. This was particularly pertinent on the American Frontier, where even until the latter half of the 1800s, a good worker with a cheerful demeanor was viewed as more important qualities than perfect manners. The man was expected to have total financial dominance, and control of family decisions, although both of these lessened by the late 1880s.

Much of the advice for all classes in manuals, diaries and letters of advice centred on how to ‘maintain comity’ within the household once married. This, was not always successful. The wedding night was a surprise for many, though certainly not all. For many women, including Queen Victoria, entering into a successful sexual partnership was one of the delights of marriage and adult life. For others, it was dramatically less successful. When unfortunate Oregon couple Mary and Arnold Myers married in 1870, Mary informed Arnold on their wedding night that an injury in childhood had rendered her unable to have children and that a pregnancy might be fatal. The social purity movement associated with the Comstock Laws (following the Comstock Act of 1873, prohibiting the delivery or dispersal of contraceptives or birth control literature in the United States) meant that many couples were ignorant of contraception, or felt that contraceptive methods were unacceptable. Mary and Arnold's marriage survived only five days. They had sex once, on their wedding night. Mary later testified during their divorce proceedings that it was ‘imperfect and got more by force than by anything else & hurt her very much’. She had not told Arnold of her situation before the wedding, because ‘it was not the place of a young girl to tell such things’. But Mary and Arnold’s case was the exception. Arnold wanted a wife who would live with him and with whom he could have a sex life, a not unreasonable request from married life in any age. However, just over half of all Mary’s Oregon contemporaries seeking divorce stated verbal and/or physical cruelty during the same period (infidelity is cited only in a steady ten to twelve percent of cases). She escaped to California to live with her mother and Arnold was granted a divorce on grounds of impotence: Mary’s.

As, towards the end of the nineteenth century, frontier conditions faded across America, the earlier manuals made a comeback and like the women they had tutored, gave birth to a second generation with more capacity for comfort and education. The marvellous Daughters of England went through further editions, still giving spurious advice, such as, ‘Beauty, health, and temper. These are the personal qualifications universally considered to be of great importance to the female sex’ but for those aiming higher than life as a simple ornament, ‘The art of writing a really good letter ranks unquestionably amongst the most valuable accomplishments of woman’.

It seems there’s never been an easy time to be a woman. Our modern manuals, magazines and literature still continue to emphasize image over worth, publishing unattainable ideals and bizarre interpretations of what femininity should be. But one sentiment from 1843 remains as valuable today as it was then, and although it applies to the male in this instance, it's universally applicable: ‘Having chosen your lover for his suitability, endeavour to be satisfied with him as he is, rather than imagine him what he can never be. It will save you a world of disappointment’.

Lovely post, Lucy. I was trawling in the same territory a few years ago, and yes, it was interesting that sexual information was generally sold commercially in the sense that it came in little booklets endorsing sexual accoutrements and drugs, and so sponsored by that manufacturer - at least until Marie Stopes. It seemed to me, though I could very easily be wrong, that there were far more guides on how to be a good wife than on how to be a good husband, as if men knew what to do naturally. There are honourable exceptions like 'The Married Man's Mentor' by 'Lucas Lovibond'. One of my favourites was a unisex volume called 'How to be Happy, though Married.' Which rather said it all. I also love a quote from Joseph Barth 'Marriage is our last, best chance to grow up.'

That is one of the most beautiful photos I've ever seen of a bride! The material below the photo notwithstanding!! Lovely post...

Lovely post - though worth remembering that the author of Daughters of England, Sarah Stickney Ellis, was in her late 30s, I think, when she married for the first time (the former missionary William Ellis). In her memoirs/diaries there is a letter telling him that she considered herself far too old/set in her ways to be an obedient wife! She also declined to go to the Pacific on a LMS trip with him and her writing suggests (sorry I don't have the sources to hand) that she did a fair bit of his writing for him too! So she was a feisty, independent woman - good fun too - who certainly didn't live what she preached - raising all manner of questions about the commercial possibilities of such writing. (Sorry if I have posted this twice - haven't quite got to grips with how to do it).

Thank you! I deliberately didn't discuss Stickney Ellis as the books went to readers without that context, although I do take your point about her independence (and she does sometimes endorse spinsterhood). Rather less sure about the fun, although you can see traces of quite a dry sense of humour. Just traces though.

Interesting that in the midst of what basically is a feminist discussion we're still taking the time to notice the beauty of the bride in the accompanying photograph. We internalize so much of what doesn't actually serve much purpose ...

Thanks for an excellent post. Since you brought up today's manuals not having made as much progress as we might hope...I'll take the opportunity to mention I recently spoke with some college freshman women and was amazed to discover how prevalent date rape continues to be and worse yet, the girls are still not reporting it. Most saying the feel guilty that it's their fault. (sorry if this is off topic. I guess I was just naive to think we had made progress in this arena and still getting over my frustration and sadness.)

Thank you for this excellent post. It never ceases to amaze me how women were (and are) treated not just by men but by women. I suppose we have to appreciate the values of the time but there are groups today who would have women constrained in the same or even worse manner.