As this is now the second half of August – the downward slope? -  my History Girl post is very much a “staycation” kind of piece. Besides, I have work I need to get on with come tomorrow.

An interest in history does keep you uncomfortably aware of the faults and follies of the past and of the present. However, it also means that you will come across some small “history treat” or another almost every day: some book, or blog, or object, or building, or story, or place that makes the past alive. 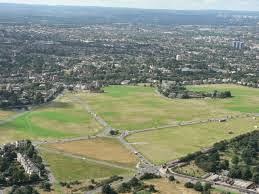 For example, last weekend, I saw a view that I love: the wide, grassy stretch of Blackheath, where the roofs of the nearest houses peep up over the edge of the heath. The heath is one of those places in London where you can suddenly see the sky and, for a moment, imagine other times and other travellers.

A small faded fairground was a useful reminder that Blackheath has always attracted people of various trades. 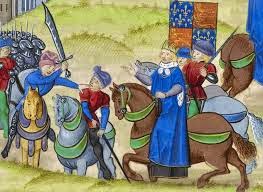 For much of its life, Blackheath was outside London.

One route across the grass is named Wat Tyler Road after the leader of the Peasant’s Revolt who met the duplicitous boy-king Richard II here.

The upland was a safe distance from the city then, although not safe for Wat and his followers.

Another road, the A2, follows the old Roman Watling Street as it made its way down to the Thames crossing at Deptford. The wide heathland is not as smooth as it seems at first glance. Plague pits are rumoured to lie beneath the faded grass and small quarries were opened up for gravel and chalk, later becoming ponds. Some of these were filled in with rubble after the WWII air raids. Blackheath is very much a place for necessary purposes.

Dark purposes too; although the A2 is a now trail of nose-to-tail vehicles but I cannot help thinking of all the carriages and horses that have crossed that slightly dangerous space. The infamous Shooter’s Hill was steep enough to slow carriages and horses and so became a favourite place for highwaymen in the 16th & 17th centuries, complete with a gibbet at the crossroads. Ready for quick dispatch of felons, perhaps? 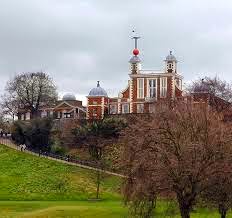 There’s elegance here too:  Blackheath is edged with elegant old Georgian and Victorian houses, their tall windows and occasional balconies peering across the rough summit, observing the road.

The Southern edge is marked by the mellow stone wall that borders Greenwich Park, This, of course, is home of the Royal Observatory; the sloping lawns lead down to the Queen’s House and the Old Royal Naval College and the bend in a river once full of ships.


This time, driving, we turned down winding Maze Hill, watching the late afternoon sun shine on the proud glass towers of Docklands opposite.  At the foot of Maze Hill, tucked away across Trafalgar Road, was an interesting looking old tower. The A-Z suggested two options: the almshouses of Trinity Hospital or the Greenwich Power station? The latter, we decided as we hurried onward. . . . Oh dear. Barely ten minutes to cross Blackheath but there’s already so many layers of this history to enjoy.

What about other happy “staycation” moments? A book and biography, “Billy Ruffian” that I’ll blog about another day. A local news story: some new streets in a Leeds estate have been named after “Barnbow Lasses” - the 35 young girls killed (and more injured) during an accidental explosion at the Barnbow munitions factory back in 1916.

There's always the regular joy of  names on maps: close to my present home are villages like Nun Monkton and Upper Poppleton and Killighall and Kettlewell and Birthwaite and - to the amusement of visitors - even a river with the Pythonesque name of the Nidd.

There’s the joy of objects remembered, things you only have to think about to feel the history tingle, and they need not be nice. Tipu’s mechanical Tiger is a gruesome favourite, first seen long ago on visits to the V&A with a favourite uncle.  Or, near home, William Burgess’s Gothic Revival church in the grounds of the Studley Royal deer park, where stone birds chase the moths and butterflies up the carved columns. Or moments: out on a walk near Ripley Castle, the excitement of finding a moated site hidden within some trees by Saddler Carr. The information board says it is the remains of a 14th Century manor recorded only as Dark Hall. Nothing more, only the strange atmosphere under the shadowy branches. 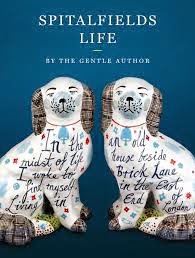 I should also offer the distracting joys of new media: the variety of the posts within this very History Girls blog; the positive energy within the Gentle Author’s “Spitalfields Life” blog; the incredible daily saints on the Reverend Richard Coles Facebook page and the amazing myths and legends within Katherine Langrish’s Seven Miles of Steel Thistles blog.

And the wealth of  tv programmes about history - not just those on the Great War - including a re-run of Schama’s History of Britain, missed last time around. 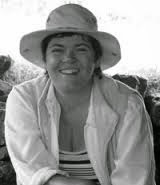 I could go on with this plenty:  last night I was at a talk by the "Muddy Archaeologist” Gillian Hovell about all the cultures around the Mediterranean.

The main thinking point I recall is that the art of a culture reveals what's important to the people: Phoenician pottery is decorated with ships and boats but Mycenian art chooses fighting warriors and horses.

This is very welcome news for those who don’t do/can't afford the whole hotel package from the 23rd to the 26th. So I need to start counting my pennies. Especially as History Girl Elizabeth Chadwick will be speaking there!

So how can history be boring when it pops up around us every day and, for a writer, brings the kind of idle thoughts and interesting facts that help to fill the writing well?

Enough from me already - but now I'm wondering what are your current history joys and pleasures? And what history blogs would you recommend?

Assuming I have some spare time in the forthcoming weeks . . .

Penny, I spent quite a bit of my childhood not far from Blackheath and many of the images you have conjured up in this blog took me right back there. Crossing the heath, the past really seems to assemble it ghosts to watch you pass by. Thank you for the memories. Aside from that, as my own passion is the Mediterranean, its history, the olive, the Phoenicians etc, so I was fascinated to read of the talk you attended yesterday. I have never heard of the 'Muddy Archaeologist', but I will definitely hunt her out now. It is true that the art of a culture frequently speaks reams about their beliefs and their daily lives… Have a lovely Sunday.

Thanks, Carol. Glad you enjoyed revisiting the heath.