Why writing history is like science fiction by Debbie taylor 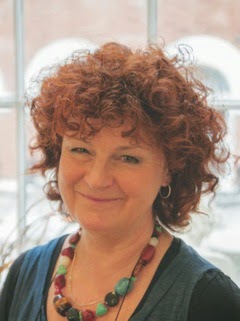 Our August guest is Debbie Taylor, whose life seems to provide enough material for a whole bookshop of novels. Welcome to the History Girls, Debbie!


Debbie Taylor is Editorial Director of Mslexia, which she founded in 1999. She has written for Oxfam, UNICEF, Anti-Slavery, WHO and others about women and social issues. Her books include My Children, My Gold (Virago), a nonfiction travelogue about single mothers, and The Fourth Queen (Penguin), a novel set in a harem in 18th Century Morocco. Her latest novel, Herring Girl (Oneworld), a paranormal historical thriller set on the banks of the Tyne, came out this month. www.debbietaylor.co


We historical girls often like to wax lyrical about the amount of research we do to source the details of the era and characters we're writing about to recreate an authentic period atmosphere.

Sarah Waters immerses herself in the literature of the time, reading letters, newspapers and magazines, as well as novels of all kinds – and latterly, I assume, seeking out radio recordings and transcripts for her 20th Century historicals like The Paying Guests and The Little Stranger. Her policy of total immersion continues while she's actually writing, too, so that it becomes well-nigh impossible not to imbue her prose with the nuances of her chosen period.

Other historical novelists go even further. I'm reliably informed that you can take part in themed weekend extravaganzas, attiring yourself in period clothing and eating and drinking as people did at a particular time in history. (I once suggested this as a joke in a talk to the Historical Novelists' Association, only to be told in no uncertain terms that it was already de rigueur for some hard-core novelistas)

Then there's the method used by Rose Tremain, which is basically to write the book first, making up the historical details as she goes along – and do the research later to correct anything she's got wrong.

Which is the opposite method to that used by Margaret Atwood, who collects boxes and boxes of information on every aspect of her work-in-progress (aided by several research assistants) and plots all her characters' timelines on an elaborate grid, before she starts writing. This is partly because she finds real life far stranger than fiction – indeed she boasts that every bizarre, brutal or arcane event or practice in her novels has actually occurred somewhere at some time in the world – and partly because she lives in fear of some old timer popping up at a reading to correct a detail she's got wrong about butter-churning in the 1920s. 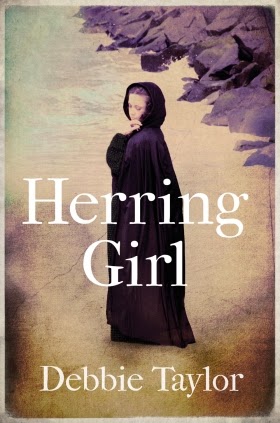 Much of my own 'historical' knowledge comes not from reading about fishing communities in the 1890s or listening to old recordings of Tyneside voices – though of course I did all of that for my novel Herring Girl (published by Oneworld and out now!). Most of my sense of what life might have been like in 19th Century Northumberland comes from living amongst people in third world countries when I worked as a development journalist. I've slept four to a bed, for example, been bitten by fleas, ticks and mites, gulped down water from sources I didn't dare enquire about, and witnessed traditional healers in the throes of a spirit possession. I know first-hand how to resurface a mud wall, wash head to toe without taking off my clothes, and go to the loo in public – in daylight in an open field, as well as in a bucket inside with an entire family watching.
However we go about it, all historical novelists are striving for some kind of authenticity. But I want to argue that, no matter authentic we are trying to be, what we actually end up producing is more akin to science fiction than history. Because we are not simply relating the facts about people's lives in the past, we are trying to project ourselves – and our readers – backwards in time to imagine what it was actually like to live those lives.

And however much we research our subject matter, however many old letters we read or museums we visit, we can never be sure that we have got it absolutely right. All we can do is use the incomplete information we have to hypothesise what it might have been like in 18th Century Morocco, say (as I did in The Fourth Queen), or 11th Century England (as Paul Kingsnorth does in The Wake). Which is exactly what science fiction authors do.

Indeed many novels in the fantasy genre are set in a sort of hybrid world, part historical part paranormal part science fiction. The recent emergence of the steampunk genre, which marries science fiction plotlines with a sort of grungy late 19th Century milieu, makes this connection even more obvious. Which is why it's not surprising that Margaret Atwood, for all her enthusiastic amassing of contemporary and historic fact, bestrides the fictional world so comfortably between the past and the future. And who knows, perhaps Hilary Mantel's next novel might be set on a far planet in the 23rd Century. I don't know about you, but I can't wait.

Fascinating blog, Debbie. I love the details of your hands-on research, which must provide just the sort of experience of everyday life that you can't get from books. (And the house in Botswana is beautiful!)

A plea to admin: can someone correct the link to Debbie's website, which leads to someone else's site? Debbie can be found at www.debbietaylor.co (not com!)

Sorry - that should have been:
www.debbietaylor.co/

I was one of the members of the Historical Novel Society at the lecture when you were amazed to discover that re-enactment societies existed and that authors used them. I wouldn't say we were hard core (I'm a member of one) rather we're mainstream. I do recall that the general consensus was one of utter astonishment that they weren't on every author's radar!

So pleased to see Debbie Taylor here. She is a great novelist, a lovely person and an inspirational speaker plus founder of that fount of wisdom, Mslexia. She won't remember but I so loved the historical fiction workshop she held many years ago as part of the Ilkley Literature Festival when I was just beginning my 'career' (still plodding on) as a historical novelist.

I love her novels and am surprised I missed the publication of Herring Girl - now corrected. I will read it avidly as it's set in my second most favourite area of England (after North Yorkshire.) I have a warm affection for Tyneside.