SAY CHEESE: Turkish Women Laugh Back and the History of the Female Smile – Elizabeth Fremantle 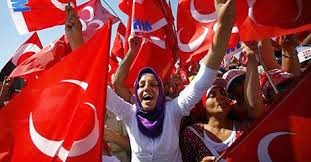 According to Turkish deputy prime minister Bülent Arniç women should not laugh in public because 'a woman should be chaste. She should know the difference between public and private,' and 'chastity is so important.' In response the women of Turkey took to Twitter, posting images of themselves in the throes of laughter or grinning in unchaste abandon, demonstrating the impossibility of controlling the spontaneous happiness of women in a world of selfies and social media. 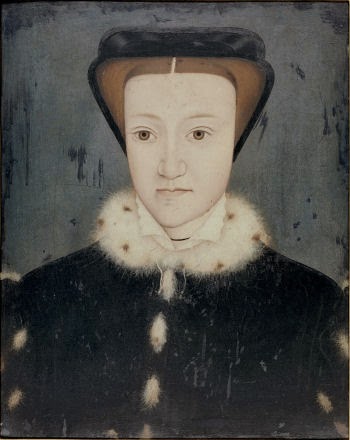 Arniç's statement may seem utterly absurd to us now but digging down into the past it is clear that this idea is nothing new. The Early Modern period and the Reformation saw the wane of religious iconography and the rise of the secular portrait, but look at any of these images and you will not find a smile amongst them, with perhaps the famous exception of the Mona Lisa, whose 'enigmatic' smile has fascinated generations, partly because of its uniqueness. Surrounded by stern faces the slight smile of La Gaiconda makes for a mystery that reaches far beyond the upturned corner of a mouth. 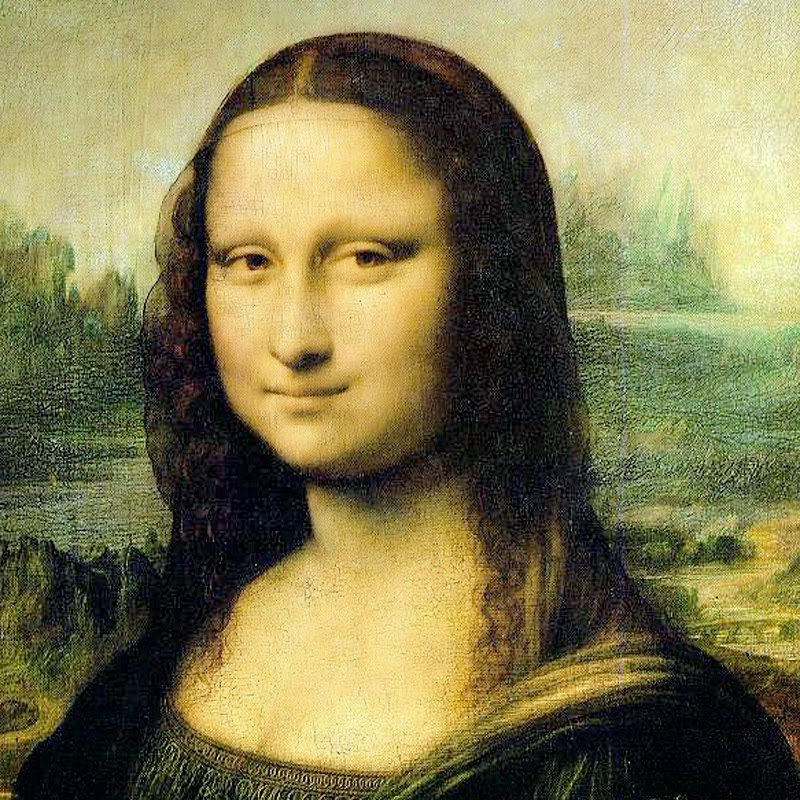 It is a commonly thought that people didn't smile in early modern portraits because of their bad teeth but this is incorrect. The prevailing belief at the time, as Nicholas Jeeves points out in The Serious and the Smirk, was that women should be modest in their expressions and gestures. Contemporary behaviour manuals stated as much. Smiles and laughter were the preserve of the debauched and occasionally might be found on the mouth of a naughty cherub or a figure such as Eros. Jeeves goes on to suggest that an open smile in a portrait was radical to the point that the image's subject became the smile rather than the sitter, defeating the point entirely. 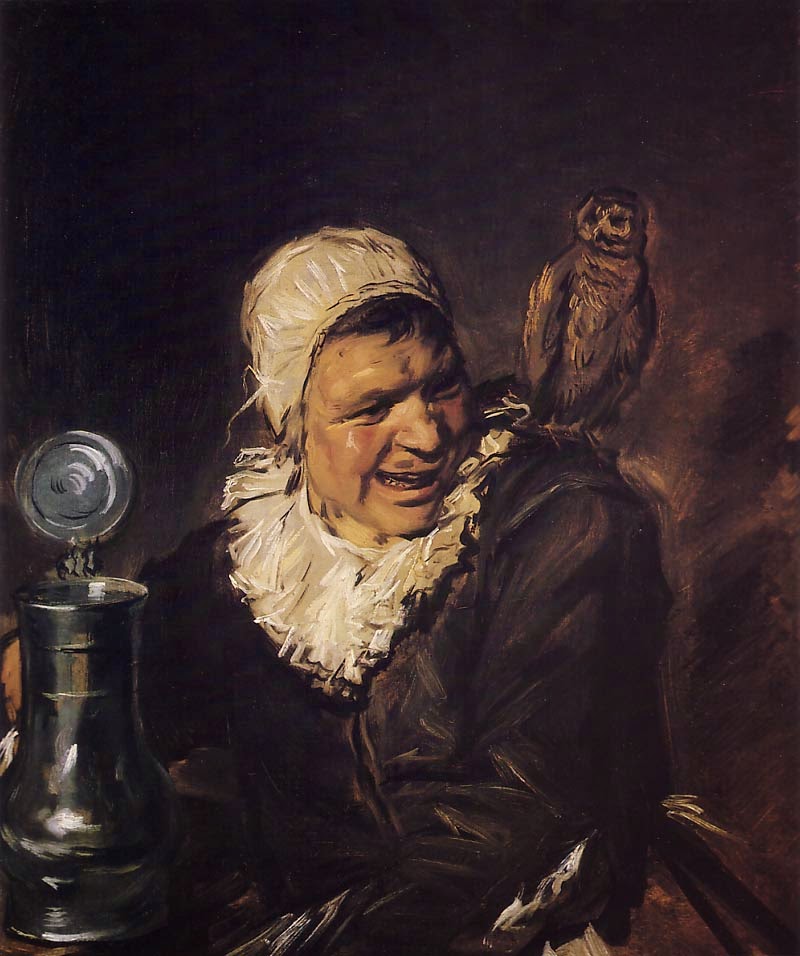 A portrait's function was not to capture a moment in time, like today's instant photos, nor was it meant as an accurate likeness but more as a demonstration of an overall 'moral certainty' that could only be described by an expression of seriousness. The public face of woman was to show nothing of the dangerous desires that might lurk beneath her surface. Mirth had no place in the public space of a portrait, and where they did it signified danger and moral collapse. After all the abandonment of laughter is easily interpreted as dangerously close to a total loss of control.  A laugh is a spontaneous and often uncontrollable response, something like, says Jeeves, a blush. So in the Early Modern mind laughter was uncomfortably close to the erotic, at best it indicated foolishness, at worst sexual rapaciousness. 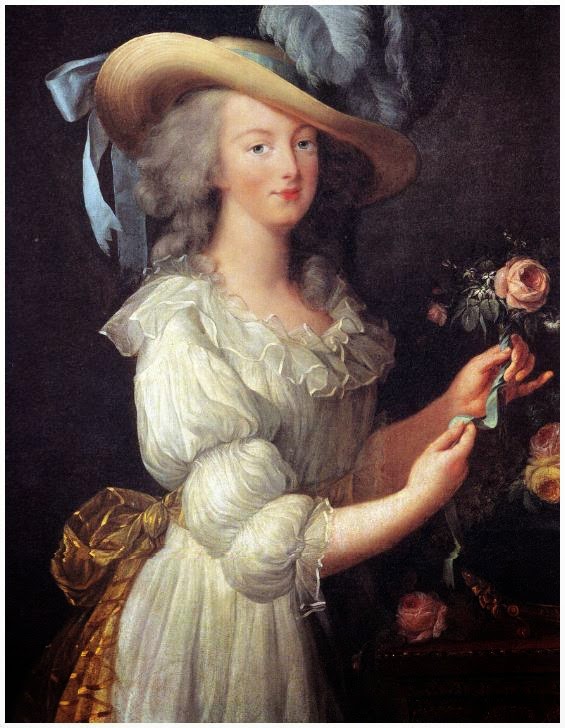 There are one or two examples of female smiles in Dutch art, notably Frans Hal's Malle Babbe 1633 in which a woman guerns hideously whilst clasping a tankard, the meaning of which is clear. Hogarth's harlot, in his famous eighteenth century series of images charting the fall of a woman of loose morals, wears a slight smile not dissimilar to that of the Mona Lisa, signifying, one can only suppose, her potential for corruption. So the mirth of a woman is the ultimate signifier of her moral collapse; she might as well display her naked body for all to see. Interestingly, in 1783 Elisabeth Vigee Lebrun painted a portrait of Marie Antoinette which scandalised polite society. Not only was she was 'en chemise' or in her night clothes (though entirely, and to my mind rather modestly, covered up, complete with a large straw hat) but she was visibly and naughtily smiling. We all know what happened to Marie Antoinette. 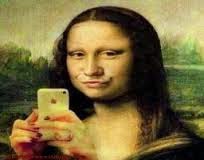 It wasn't until the advent of photography that attitudes changed, though there are some wonderful early photographic examples of ferociously stern matrons staring primly out of daguerrotypes. Once cameras could be owned by all the fleeting expression, the glimpse of a moment in time, the holiday snap in which a smile was the norm, became commonplace and from such images was born the selfie and the rise of the pout (which is a whole other issue). It would seem that the genie is out of the bottle and I feel certain that nothing now will curb that wonderful untrammelled Turkish laughter.

Ref: Nicholas Jeeves, The Serious and the Smirk: the Smile in Portraiture

Elizabeth Fremantle is the author of Sisters of Treason, the story of Lady Jane Grey's fated younger sisters, and Queen's Gambit which tells of Katherine Parr who survived marriage to Hanry VIII. Find her on ElizabethFremantle.com
Posted by Liz Fremantle at 06:00

You remind us again how strange we are - thank you!

fascinating. If, today, a portrait were to be our one stab at immortality, i suspect that fewer of us would be saying 'cheese'.

The commercial world has recognised the value of laughter, making millionaires of even mediocre comedians, but in the realm of the worthy, there is still the same lingering prejudice - there are few Eminent Professors of Humour, if any.

This is an excellent post, and I've thought about The Pout myself, definitely!
http://dianelmajor.blogspot.com/2013/03/the-pooch.html