TESTAMENTS OF VERA by Eleanor Updale

This month I was given the highly enjoyable task of talking about Vera Brittain’s great book Testament of Youth at the Edinburgh Book Festival.  Don’t worry,  I’m not going to reprise my entire talk here, but I thought I might share some thoughts with you.
Like many other people, I was first alerted to Testament of Youth in 1979, when the BBC produced a superb (and surprisingly loyal) television adaptation, with Cheryl Campbell playing Vera. 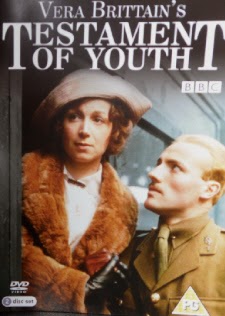 In case you don’t know the book, Testament of Youth is autobiographical, but it reads with the verve of a novel.  At its heart is the journey from the idealism of the early days of the First World War through the heartbreak of losing friends and the horror and drudgery of work as a VAD nurse, to Vera’s espousal of the pacifist convictions which she held for the rest of her life.
The book was published in 1933, and was an instant best seller - as is clear from the cover of my copy, an edition published two years later.  I love the classic yellow Gollancz cover. 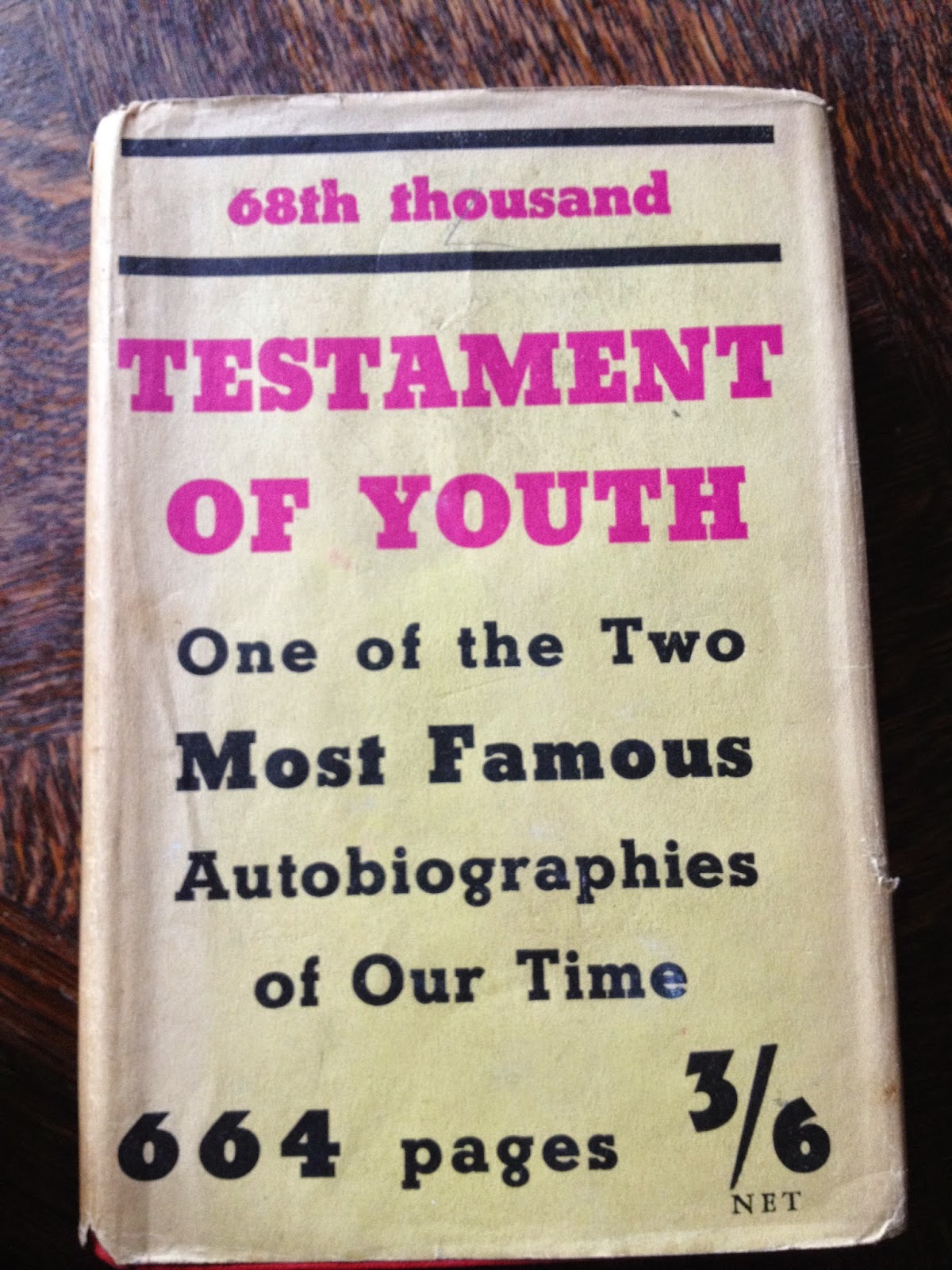 I think that’s one of the most intriguing publisher’s blurbs I’ve ever seen:  One of the two most famous autobiographies?  Which was the other?  And what comic scene at the Gollancz office resulted in that wording?
I suppose it’s likely to have been another book published by Gollancz, which narrows things down a bit. My money is on Orwell’s Down and Out in Paris and London, which also came out in 1933. 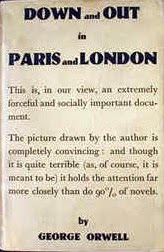 But Victor Gollancz may have been showing generosity to some other publishing house (Goodbye to All That?) or even looking abroad (Mein Kampf?).  If any of you have ideas, do let me know.

To get a better feeling for Brittain, I looked at many of her other books too.  She wrote novels (some of them transparently based on her own life) but was best known for her polemics and memoirs. 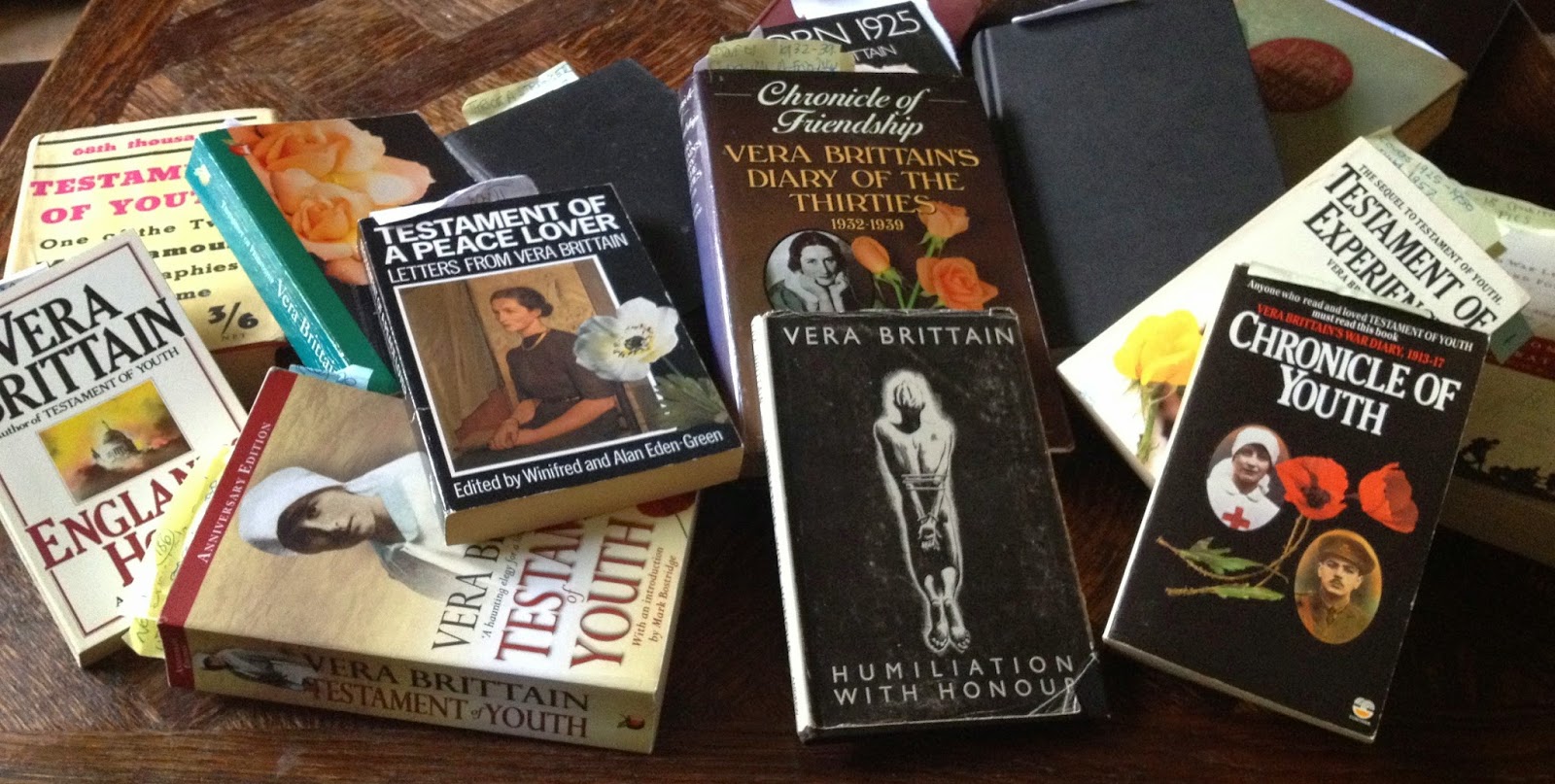 Brittain must be an early example of the cultivation of an author as a brand, with new titles harking back to her first big success.  During her lifetime, and after her death in 1970, the names of her books, and posthumous compilations of their source material, involved various permutations of the the words ‘Testament', ‘Chronicle;, and ‘Youth'.
For example, Testament of a Peace Lover (letters written in the Second World War) came out in 1988, eighteen years after Vera’s death,  Her collected Journalism from the 20s to the 60s was given the title Testament of a Generation. Vera’s own wartime diary, on which Testament of Youth was based, was not available to the general public until 1981, when it was published under the title Chronicle of Youth.
Testament of Youth's searing account of the deaths of Vera's brother Edward, her fiancé Roland Leighton and their close friends Victor Richardson and Geoffrey Thurlow was partly responsible for the popular concept of a ‘lost generation’ which has been so widely questioned recently. All those men were born in 1895, two years after Vera, who saw them through a youthful prism of devotion and loss.  Their letters to each other  were published in 1998, twenty-eight years after Vera’s own death, under the title Letters From a Lost Generation.

It’s worth following Vera’s story beyond the end of Testament of Youth. Her account of her friendship with the novelist, Winifred Holtby (continued in Testament of Experience and Testament of Friendship) gives compelling insight into the lives of the women who served in and survived the war.  It’s also an intriguing picture of one particular household - with much of Vera’s self-styled ‘semi detached’ marriage to her academic husband ‘G’ Catlin conducted with Winifred on hand under the marital roof.
But it’s the collections of journalism  and political polemic that say most about Vera Brittain the feminist and pacifist.  A particularly remarkable book - published in 1942, with a striking cover designed by Arthur Wragg - is Humiliation with Honour. 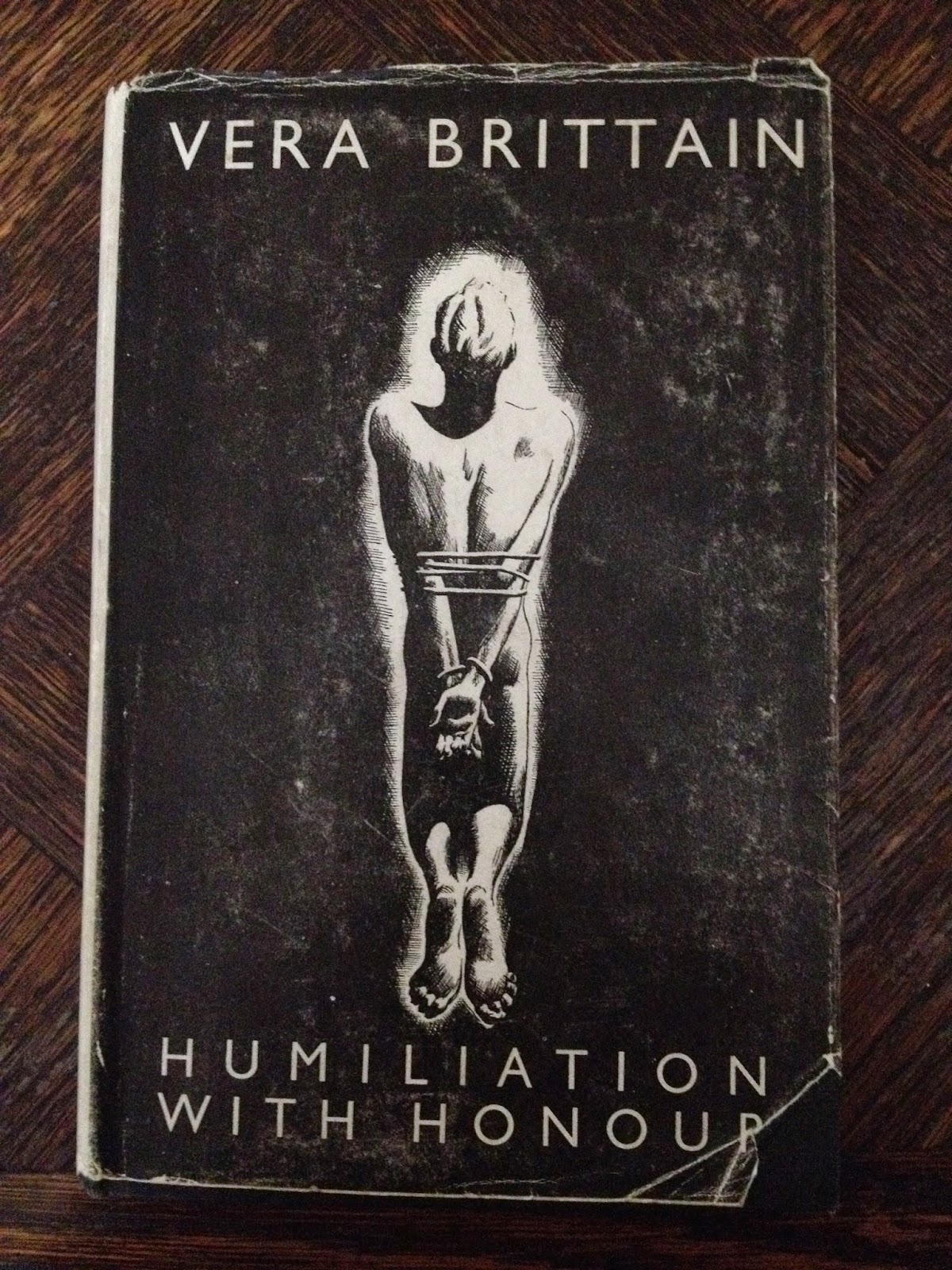 It’s a collection of letters Vera wrote to her children, John and Shirley (later Shirley Williams) about why she was sticking to her pacifist principles despite the rise of the Nazis, and the public vilification she was experiencing because of that stance.


Vera Brittain was, of course remarkable among the women of her generation. You can see that just by looking at the photographs in some of the books, where she is often alone in groups of men agitating for political reform or international peace. But away from the public realm, she was not alone in her in her refusal to be cowed by the conventional treatment of women in her time.  Many who shared her approach to life, and read her books, were working and/or raising families across the land.  Their daughters were the generation of women by whom many of us were taught - a generation which, to my mind, was unfairly underestimated by the feminists of the late 20th century.  The image of the submissive, air-headed household drudge was not always accurate. Many of the women who found themselves teaching in the1960s would today be running companies, or ruling the country.  We were very lucky to have them as teachers, wherever we went to school.  That’s a subject I may return to in another blog, soon.
__

PS A note for those who remember my earlier post about Catherine Sinclair.
I did go to her memorial on the 150th anniversary of her death.  It was a very rainy day. I laid some flowers, and my fellow author, Vivian French placed a little doll there, in honour of her books for children. 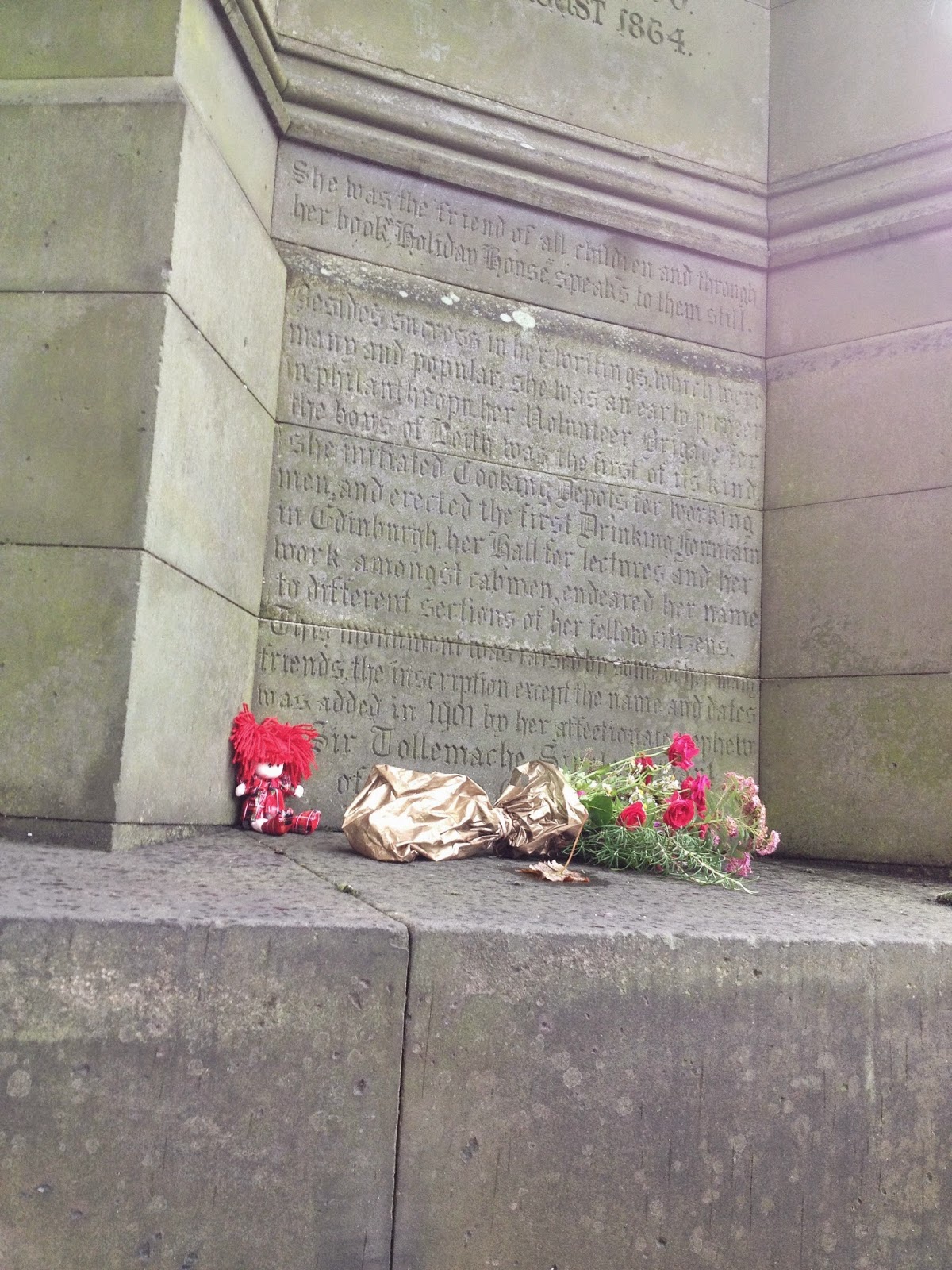 Thank you so much for the reminder of this most wonderful and influential book that I read in my twenties and stays with me still. It engendered, as well, my lifelong interest in Winifred Holtby. And it all began with that stunning TV adaptation. I particularly remember a scene where Cheryl Campbell is seen on her hands and knees pointlessly polishing wheelchairs when she is exhausted after a few moments to spare after a literally 'bloody' day's work. With every rub of her she cloth rails against the 'God, King and Country she has been exhorted to remember. This indicated so clearly the emergence of her vehement pacifism.) Thank you again.

Thanks, Eleanor - I first read 'Testament of Youth' when my children were babies, and was struck by the honesty and insight of her account of warfare, as she experienced it. I so felt for her when she went back to Oxford, and had what we would call post-traumatic stress disorder, and nobody understood. But the tale of her friendship with Holtby is truly inspiring. And as you say, the role she played in public life was incredibly impressive.

The BBC TV adaptation (1980?) was truly brilliant. I'm surprised they haven't repeated it as part of the 1914 commemorations.