YALC, a view from the Green Room by Catherine Johnson

I know this happened a month ago now but it was pretty big and very new and if - fingers crossed - Malorie Blackman's exciting new initiative takes off here's hoping it was the first of many. If there's anyone who somehow didn't hear I am talking about the YALC the first ever Young Adult Literature Conference. And actually I'm not going to write much about YALC itself, you've heard it all by now, hot and noisy and a roaring success, Patrick Ness, Holly Black, Rainbow Rowell, James Dawson, Tanya Byrne and many many more. I know it should have been cooler and quieter (and those who were there on Sunday say it was) but whatever you might think surely any initiative that puts books in the hands of readers and that has young people (and adults) queueing round the block has to be worth supporting. And it was wonderful to be just a teeny tiny part of it.

I'm not going to write about the panel sessions or the workshops or the signing queues. I simply want to tell you what it was like in the other three quarters of the venue - the whole craziness that is a massive International Film and Comic Conference. I have never been to one of these things. I know my children have - my daughter has visited  San Diego and attended the convention of conventions - so I had an idea what they were like. Even so nothing prepared me for the insanity and oddness of the Film and Comic Con.

Some of the costumes worn by the attendees were fabulous and my favourite was a young woman in a green tweed suit with attached stuffed crows - Tippi Hedren in mid bird attack.  There were plenty of space warriors and Spidermen, Batmen and Daeneryses ( or is the plural Daenerysii? from Game of Thrones in case you're not an aficionado).


So that was fun and diverting and made me wish that perhaps I'd made a little more effort - as far as the authors went  Lucy Saxon was fabulous as Captain America, and Malorie Blackman was V from V from Vendetta and Sarah McIntyre was fabulous in her Cakes in Space gear.  But what was weird, ranged across the centre of the giant exhibition hall, were the celebrities, rank upon rank sitting behind tables, selling photos and signatures, the really super famous celebrities screened in little plywood booths. Like nothing more than Victorian sideshows or 20th century Soho peepshows.

There were lists, prices, costs going up depending on fame, Stan Lee or Carrie Fisher's handshake and picture cost at least double that of some British woman who was in a couple of Doctor Who episodes in the 1980s.

There were people who'd only ever appeared as aliens, the original R2D2, a very elderly man in a tiny electric wheelchair, various very tanned and very tight smiley women.

It was very odd and from the point of view of a middle aged culturally very low church  woman (no clapping in chapel and no graven images)  not quite real or right. Obviously these conferences are a great income stream if your last decent acting job was as  4th Cyberman. And we've all (haven't we, tell me it's not just me!) sat with tiny or non existent signing queues. But at least then it's our book people want not us. Imagine if nobody wanted you? 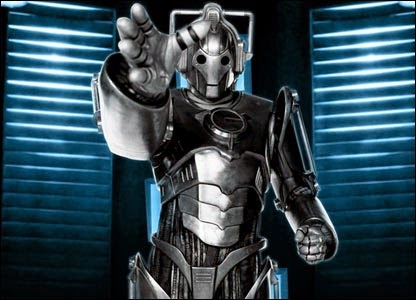 As I was doing a workshop - shouting about historical fiction - I got to go in the green room. Here they all were at close quarters, all those people you sort of recognise and think you know - that elderly uncle you grew up with - oh no that's John Hurt. That pretty but grumpy young woman arguing with her mother - no she's out of Doctor Who. That bloke who lives on the corner, no Steven Moffat.

And most telling, on every table there were copious bottles of  pump action hand sanitiser. Because touching the plebs all day must leave you feeling a little dirty....

Posted by Catherine Johnson at 07:00

Oh! I'm rather recoiling from this "price per handshake" sideshow. All that "sanitizing" one side of the door and all that "will never wash this hand again" on the other.

Thank heavens for having books to sell, even if few are buying - and well done with your shout about historical fiction, Catherine.