'Punishing the gods' by Karen Maitland

I have just been reading the wonderful novel ‘The Good Earth’ by Pearl S. Buck published in 1931, which was awarded the Pulitzer Prize for the Novel in 1932. Pearl Buck also won the Nobel Prize for Literature in 1938. The novel concerns a peasant family's struggle for survival in a China before World War I. It is so moving it is said that the novel influenced Americans to regard the Chinese people as allies in the coming war with Japan, because it engender such compassion among readers for the characters and their heart-wrenching story.

One of the passages that really struck me was near the beginning of the novel, when Wang Lung, the farmer and the whole village is starving during a widespread famine. Pearl Buck writes –

Once he (Wang Lung) walked, dragging one foot after another in his famished weakness, to the temple of the earth, and deliberate spat in the face of the small, imperturbable god who sat there with his goddess. There were no sticks of incense now before this pair, nor had there been for many moons, and their paper clothes were tattered and showed their clay bodies through the rents.

This passage reminded me vividly of the way the statues of saints were treated in Medieval Christian Churches. Normally the statues were treated with great reverence. They were clothed in fabric capes, ornamented with crowns or jewels. Candles and incense were burned before them and they were honoured in colourful processions, as they often are in Europe today, by being carried shoulder high through the streets to bless the people, town, fields and boats.

But during the Black Death of 1348, and the floods and famine of that year which killed more people than the plague itself in England, there are many recorded incidents of the statues of the saints being punished by the Christian population for their failure to protect them. It was not simply that people could not afford to buy candles or incense to burn or that people, desperate for money, stripped the saints’ images of valuables. 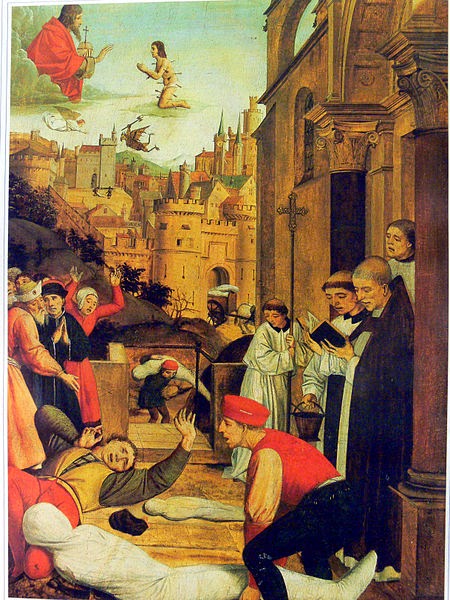 Many statues of the saints, were deliberately stripped of their cloaks and garlands, taken out of the church, whipped, beaten and ceremonially drowned, for their perceived failure to save the people. The faithful parishioners dragged the statues out of the churches themselves and punished them in an act of revenge, venting their fury on them, in much the same way we see people doing now to statues of political leaders when the regime is overthrown.

Maybe this shows us that human psychology never changes. We can never accept that something is a natural disaster or an accident. We always seem to need to find someone to hold responsible, someone to blame, even for events like flooding or famine.

Curiously, once the first wave of the Great Pestilence was over people went back to revering the same images of the saints just as they always had, either retrieving the exiled saint from the muddy ditches and ponds where they'd cast them and restoring them to the churches and shrines, or if the statue was too badly damaged commissioning new one of the same saint. Their allegiance had not changed. 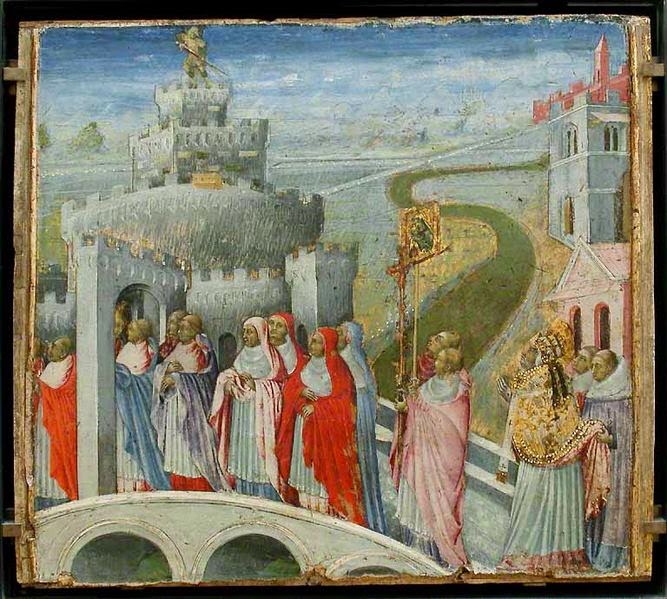 It's very difficult to understand how people could chuck their idols into ditches when times were bad, and fish them out and carry on worshipping once they were better again. Sometimes I feel like Mr Spock - humans are very illogical!