Beauty and the Beast by Kate Lord Brown 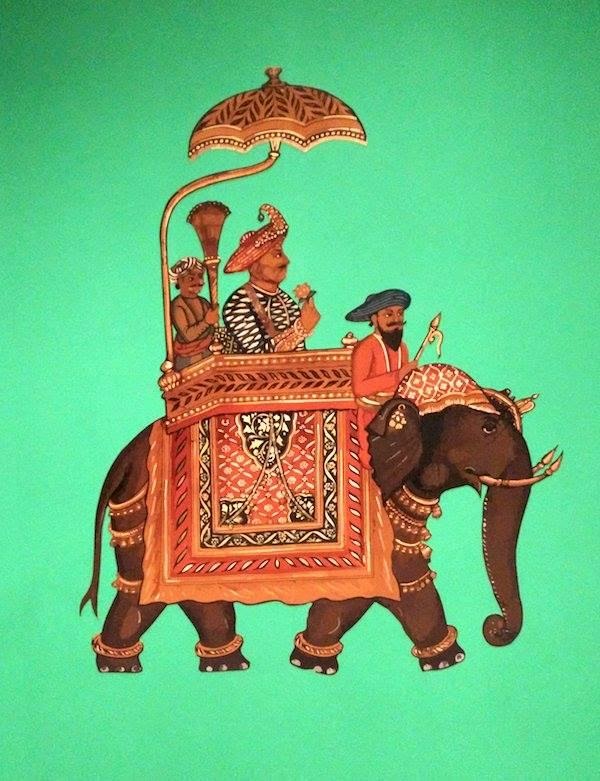 Today I have a puzzle for the HGs. I was recently asked to interview the curator of a new show at the Museum of Islamic Art here in Doha. 'The Tiger's Dream: Tipu Sultan' explores the life of the south Indian ruler and statesman (1750 - 99). 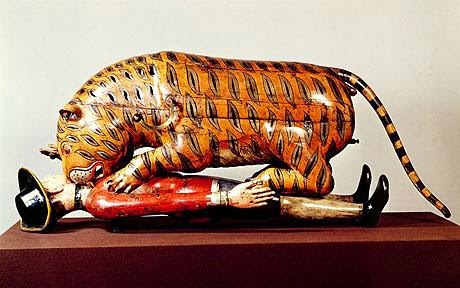 I only knew of Tipu in the context of the C18 automaton in the V&A which has fascinated/horrified many a child ('he's being eaten by a tiger! it plays music, too!'). Tipu earned his moniker 'The Tiger of Mysore' because he allegedly stabbed a beast. The exhibition in Doha shows a host of fine paintings and weaponry, all emblazoned with Tipu's signature tigers - he knew the power of a good brand symbol way ahead of Nike et al. He commissioned the automaton to celebrate the savaging of a British enemy by a tiger - and it was plundered as booty from the Palace of Seringapatam at the end of the fourth Anglo-Mysore War when the Brits finally defeated him.

At the heart of the exhibition are a sequence of paintings on paper - they are ink and gouached on rice paper, on a cotton backing. They have also been digitally 'stitched' together for the first time to show how the mural at Tipu's summer palace Daria Daulat would have looked in its original state.

The paintings depict the Battle of Pollilur, at which Tipu thrashed the British (with the help of the French). 7000 men were captured (and an 'unknown quantity of women' ...). The Tiger of Mysore was a man of his time - the battle was brutal, and his treatment of his enemies has been described somewhat euphemistically as 'controversial'. But Tipu is revered as a freedom fighter on home ground - (he was the first Indian king killed in battle defending his homeland against the British), and the mural depicts one of his finest moments, the victory of 1780. 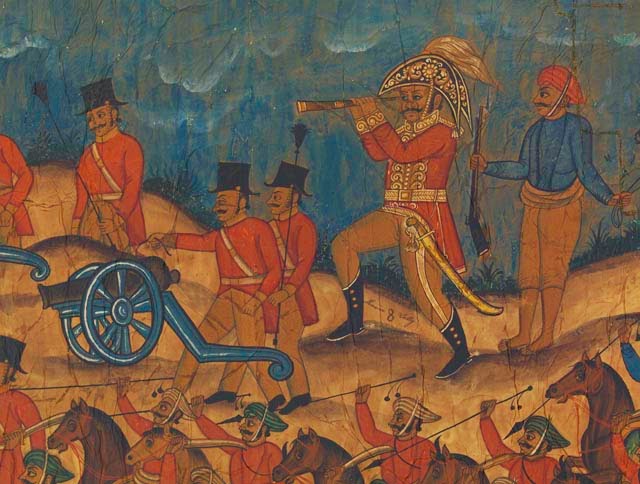 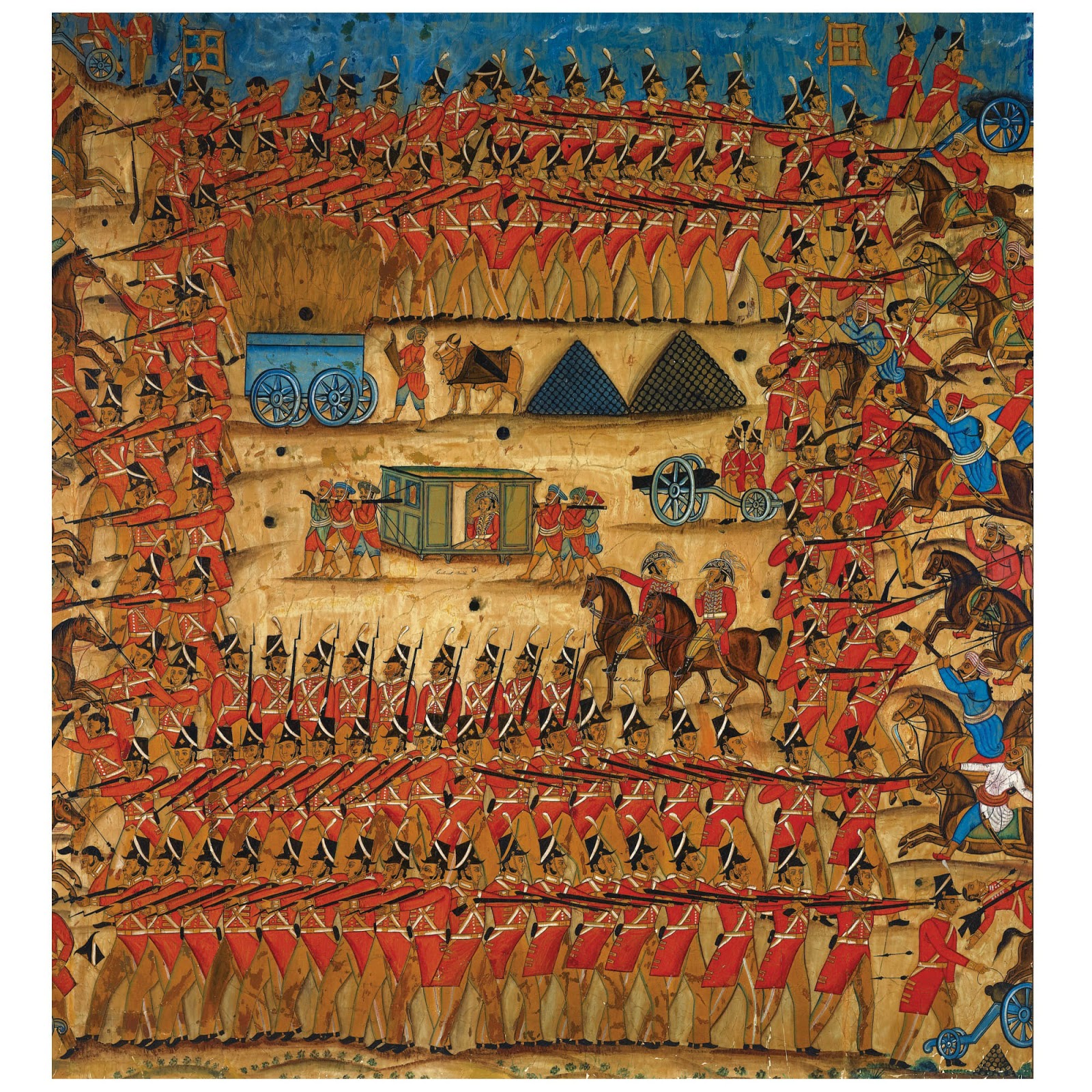 The cycle of paintings preserves the design in its original state - the murals themselves have been defaced, and were at one time whitewashed in the summer palace. The design was originally on a long roll of paper, but at some point it was cut into sections. They are read left to right like a cartoon strip, and tell the story of the battle, rather in the same way as the Bayeux Tapestry. Interestingly, at some point a European hand has noted down the significant players of the battle in pencil on the paintings - so it is artistically and historically important. Some believe the author might be Arthur Wellesley, the future Duke of Wellington.

No one seems to know exactly what the painting was for - in its original state, it was the same size as the finished mural. Was it a maquette for the finished piece? A trial run? There are no pin pricks on the paper, so it wasn't a rough sketch to plot out/mark up the wall. Was it propaganda - perhaps the design on paper was taken around to show Tipu's victory to people who wouldn't visit his private palace. I've not come across a scale design of this size and intricacy - it wasn't a sketch for the finished piece, but an exact replica on paper.

These paintings are exquisite, aren't they? I hadn't heard of any of those battles, Kate. I like the idea that the artwork is a form of promotion for Tipu, taken around - pre-TV and internet - to proclaim his victories to his people. I like the idea, but I have no idea if that might be accurate!

It would be fascinating if that was the case, Carol.