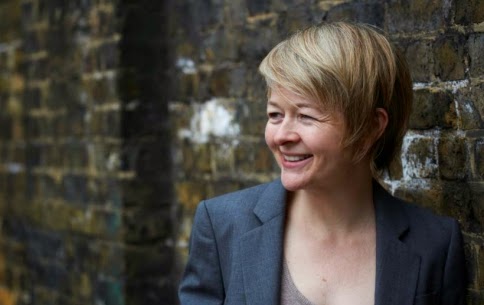 Last week, I went to see Sarah Waters at the Cheltenham Literature Festival. I was there purely as a punter, a fan, no magic access to the Green Room this time. Just like any other reader, I like to go and see my favourite authors and hear what they have to say about their writing. As a writer, I go to see if there are any tips I can pick up - you never know - and as a sometime performer, I like to see how other authors present themselves on the platform or stage. I've appeared at Cheltenham a few times myself and I like both the town and the Festival. One tiny gripe about the latter. I was there in the evening. Waterstone's Book Tent in full swing. I looked in vain for Children's and Y.A. titles, however. Then I noticed another, smaller tent, shut and darkened. 'The Children's Books are in there,' I was told, as if any fule should know, delivered with a look that seemed to say: why would the Children's Bookshop be open at 7:30 in the Evening? Children will be in bed, for goodness sake.

That apart, it was a very rewarding evening. Sarah Waters has a quiet, unassuming way about her which readers warm to immediately but which speaks to me of enormous assurance and confidence. She is not afraid to use self deprecating humour or to admit to problems, confusions, worries and concerns about her books as they are being written. With that, she's won over the writers in the audience (well, me, anyway).  Not that I needed winning over. I've been an avid fan since I first picked up a copy of Tipping the Velvet in 1998.

I was flying to Belfast and was looking for something to read in W.H. Smith's in Birmingham Airport, which I feared might be a fruitless task, when I saw Tipping the Velvet. I have a passing knowledge of Victorian Underworld slang and was intrigued. I'd never heard of Sarah Waters but the title was enough for me. I started reading on the plane and went on reading when I got to my hotel. I tried to slow down, to make the book last, but just couldn't stop. I recognised immediately that here was a story teller of rare power, writing about a 'hidden' history, exploring a world that seldom appears in period fiction or non fiction.  Better than that, I'd discovered a new writer and I've followed her ever since. 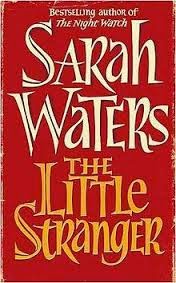 She said at Cheltenham that she makes 'an imaginative leap into [her characters'] perspective', and that the story comes from 'what the characters need to do and how they feel about it.' Her knowledge of her period, the period in which her characters live, is immaculate.  It is built up through intense research, using the writing of people who lived at the time: letters, diaries, novels. This seems a good model for any historical writer. It seems a simple idea. If you are going to write about people living in a particular period then that's where you need to go to find out what they thought and felt, but what they did actually think and feel is often surprising. Our ideas about what it was like to live in wartime or post war Britain, as in The Night Watch, or The Little Stranger, are often coloured by hindsight, filtered through modern pre-perceptions or the distorting glass of memory. Waters' unearths the unexpected, continually confounding lazy, cliched views of the past. 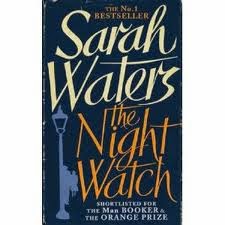 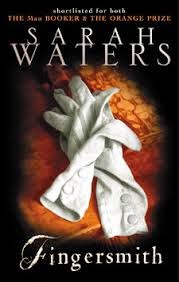 She never allows her research to overburden the text. She uses it to make her period come alive to the modern reader and to give validity to her characters as they move through it. Her extensive reading of contemporary sources imbues her writing with a feeling of the times she is describing, not pastiche, more authenticity, and her plots work with the precision of a swiss watch. Her latest novel, The Paying Guests, the subject of her talk at Cheltenham, is just as clever, accomplished and absorbing as the others, a kind of Suspicions of Mr Whicher from the inside out. 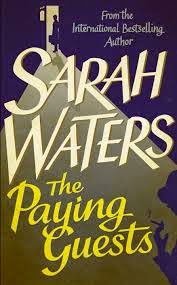 I'm just left thinking, 'How does she do that?'

Someone gave me The Night Watch for my birthday - really looking forward to it now! Thanks, Celia.

Lucky you, Sue.
I haven't read The Paying Guests yet but I am hugely looking forward to it. I am also a big fan. As you say, Celia, her research is meticulous and observant and her sense of humanity really draws you in.

Another huge fan of Sarah Waters here.
I think the first book of hers that I read was, Fingersmith - and like you, Celia, I could not put it down. I went on to read Tipping the Velvet and Affinity, and the experience was the same - totally absorbing, brilliantly written, gripping books.

I've just been to the Gothic Imagination exhibition at the British Library. Fascinating to see how SW used the Haunted House, particularly, Borley Rectory in The Little Stranger. This Exhibition joins up the dots in lots of fascinating ways. A 'must see' for anyone interested in the Gothic.

I've just been to the Gothic Imagination exhibition at the British Library. Fascinating to see how SW used the Haunted House, particularly, Borley Rectory in The Little Stranger. This Exhibition joins up the dots in lots of fascinating ways. A 'must see' for anyone interested in the Gothic.

I'm another huge Sarah Waters fan. I like her style, both personal and literary! Paying Guests is very good...maybe not QUITE as good as Fingersmith, Night Watch and Little Stranger but she sets a very high bar each time, doesn't she? And that exhibitions sounds ace! Will definitely go to that.