The Alhambra: by Sue Purkiss

Last month I wrote about our trip to the Alpujarra, in southern Spain. You can read about it here. The Alpujarra is a region of the Sierra Nevada, and by the nature of mountainous regions, it's not easy to get to or get out of. Places that look close on a map are not in reality. But there was one place we all agreed we must go to: the Alhambra in Granada.

The Alhambra is a supremely beautiful mediaeval Arab palace; yet, ironically, it was founded (in the 13th century) as the power of the Moors was declining. It is set on a hill above the city, and although the landscape around it is sandy and arid, the citadel itself is surrounded by woods and gardens; you are never far from a fountain. The gardens are irrigated by water from the Sierra Nevada, carried by a series of cunningly contrived channels: in my previous post, I wrote about how cleverly the meltwater from the mountains is conserved and distributed, and that the foundation of the system was laid by the Moors, and perhaps even before them by the Romans.

We were only able to be there for a few hours. It wasn't nearly long enough to take in all that there was to see, and I hope one day I'll go back. The Nasrid Palace, which is the jewel in the crown of the Alhambra, is a curious combination of simplicity and extreme complexity: the rooms have no furniture, so there is nothing to stop one's gaze being drawn to the meticulous, intricate, exuberant patterning on every surface.

I know really nothing about the origins of the patterns, the history of the decoration. So I'm just going to put up some pictures, so that you can take a virtual tour, and think, not only about the long-ago kings who commanded the building of the palace, but about all the craftsmen who must have laboured so long and with such care to create it. 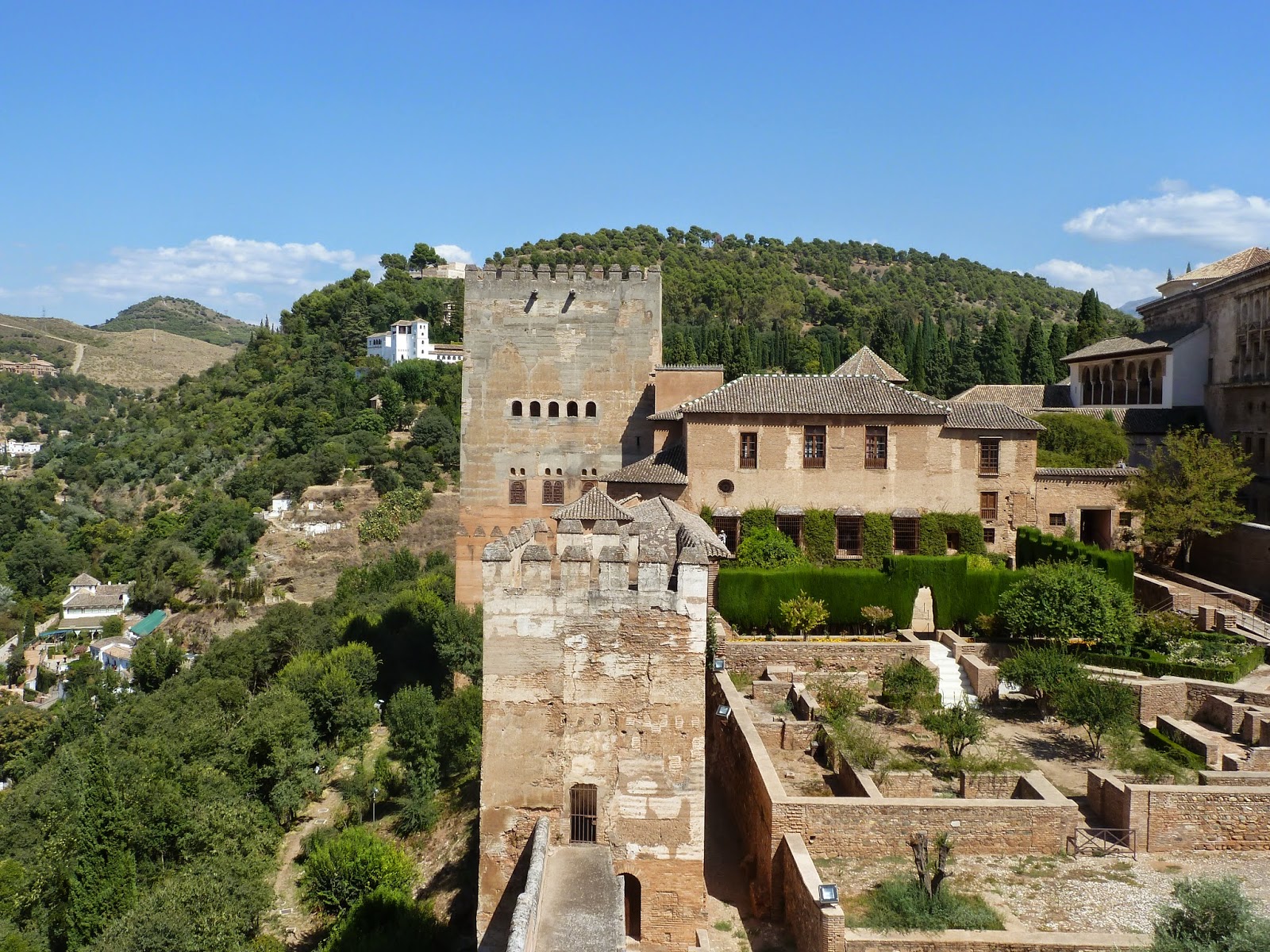 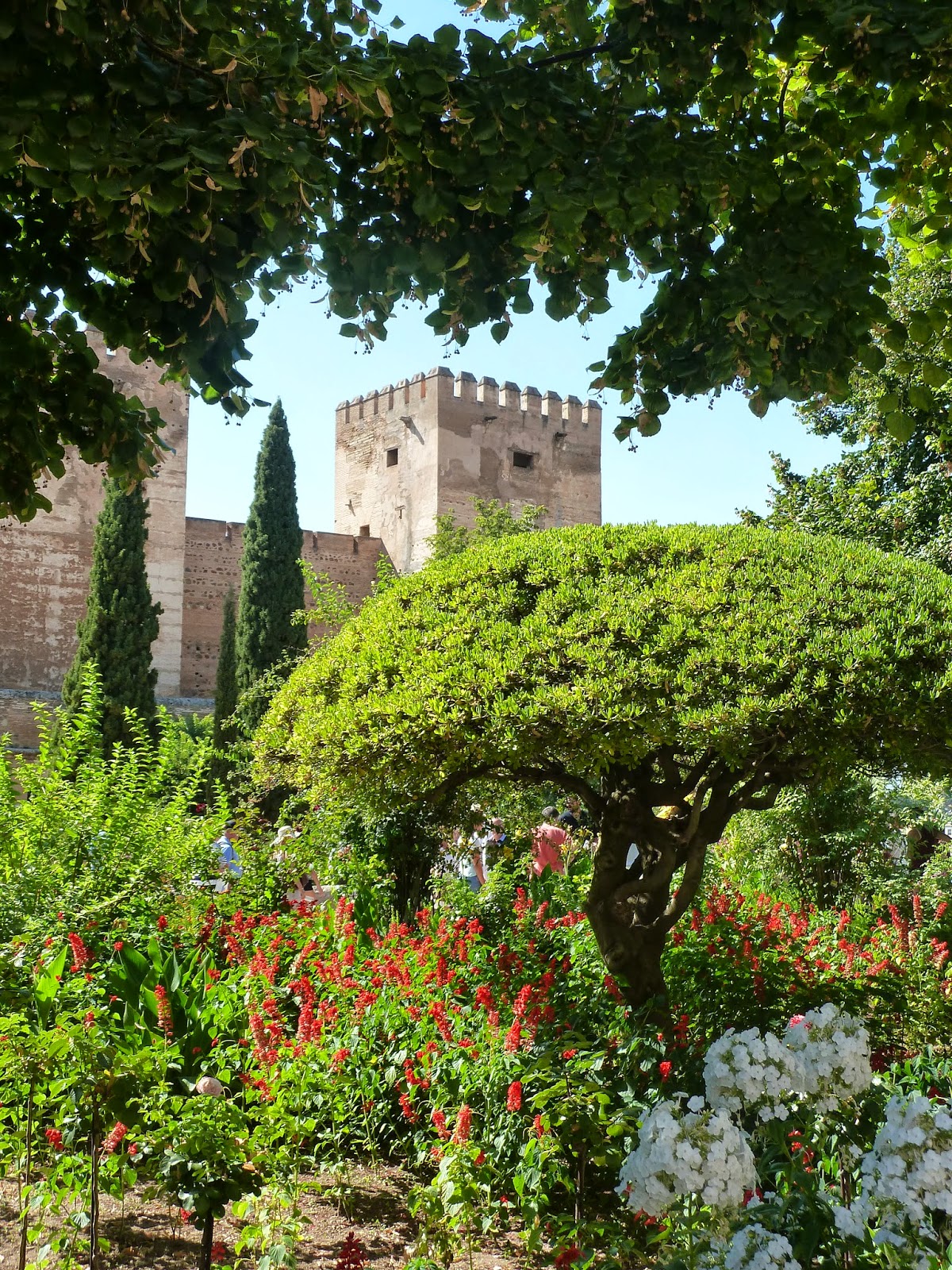 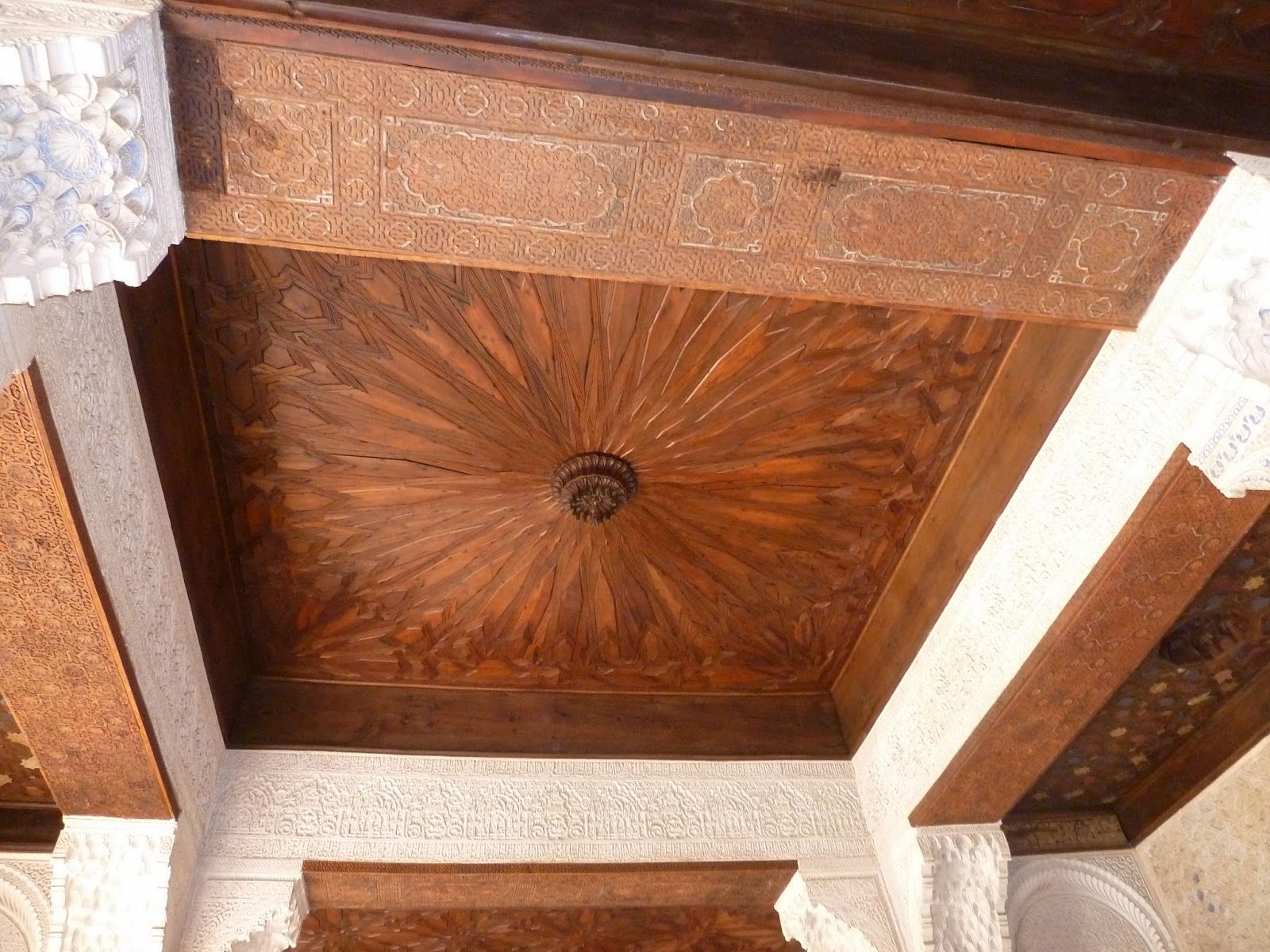 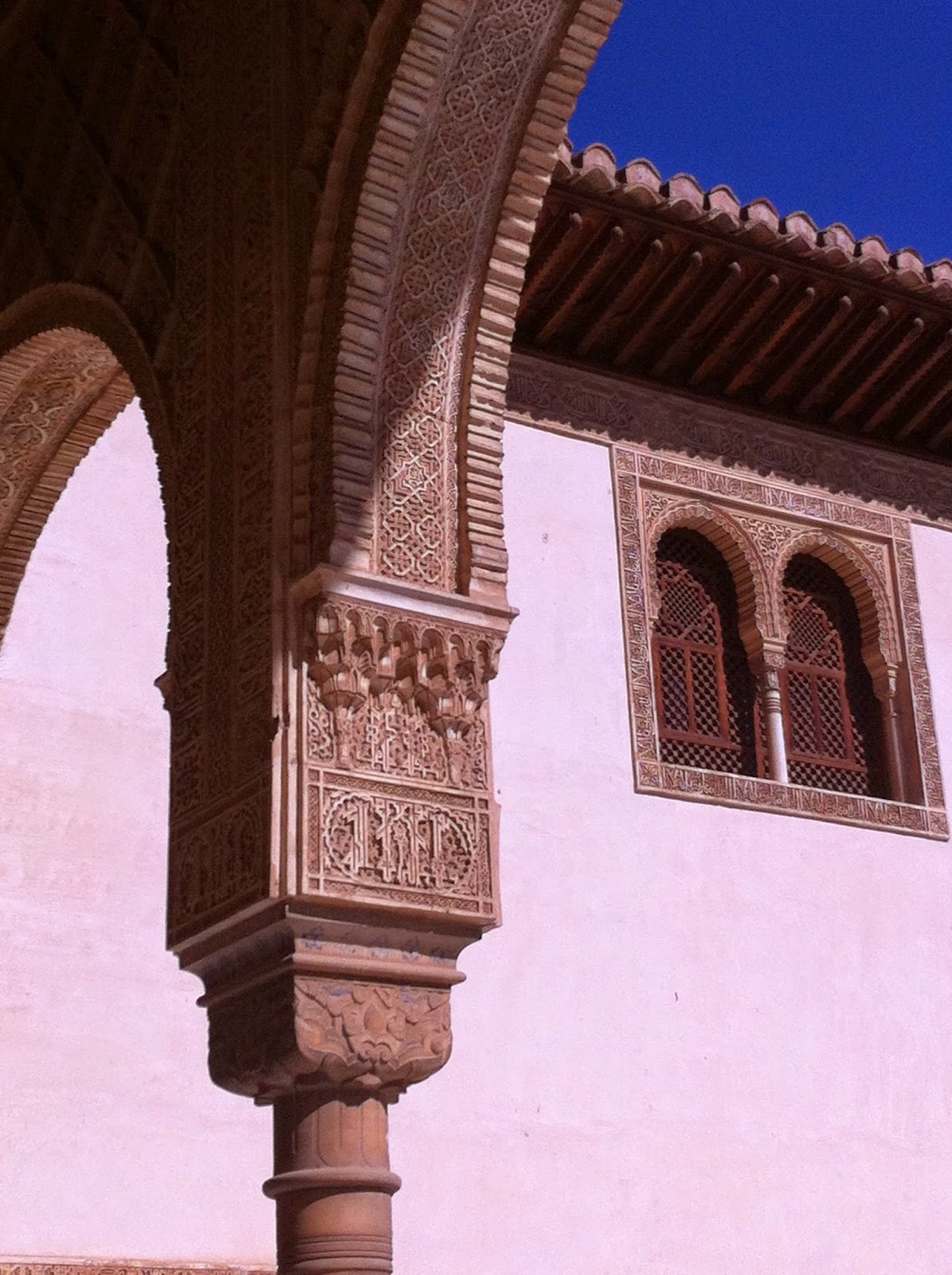 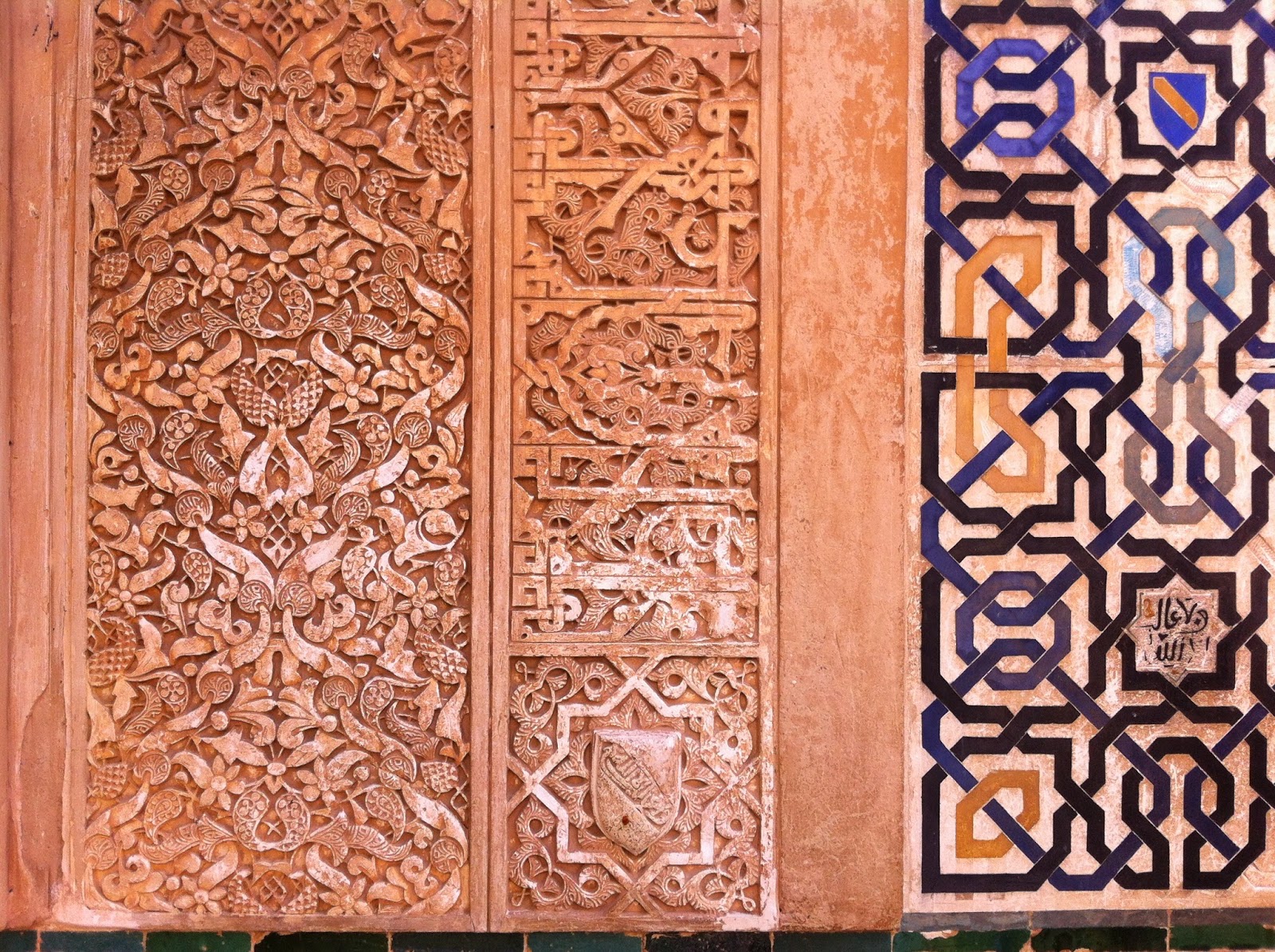 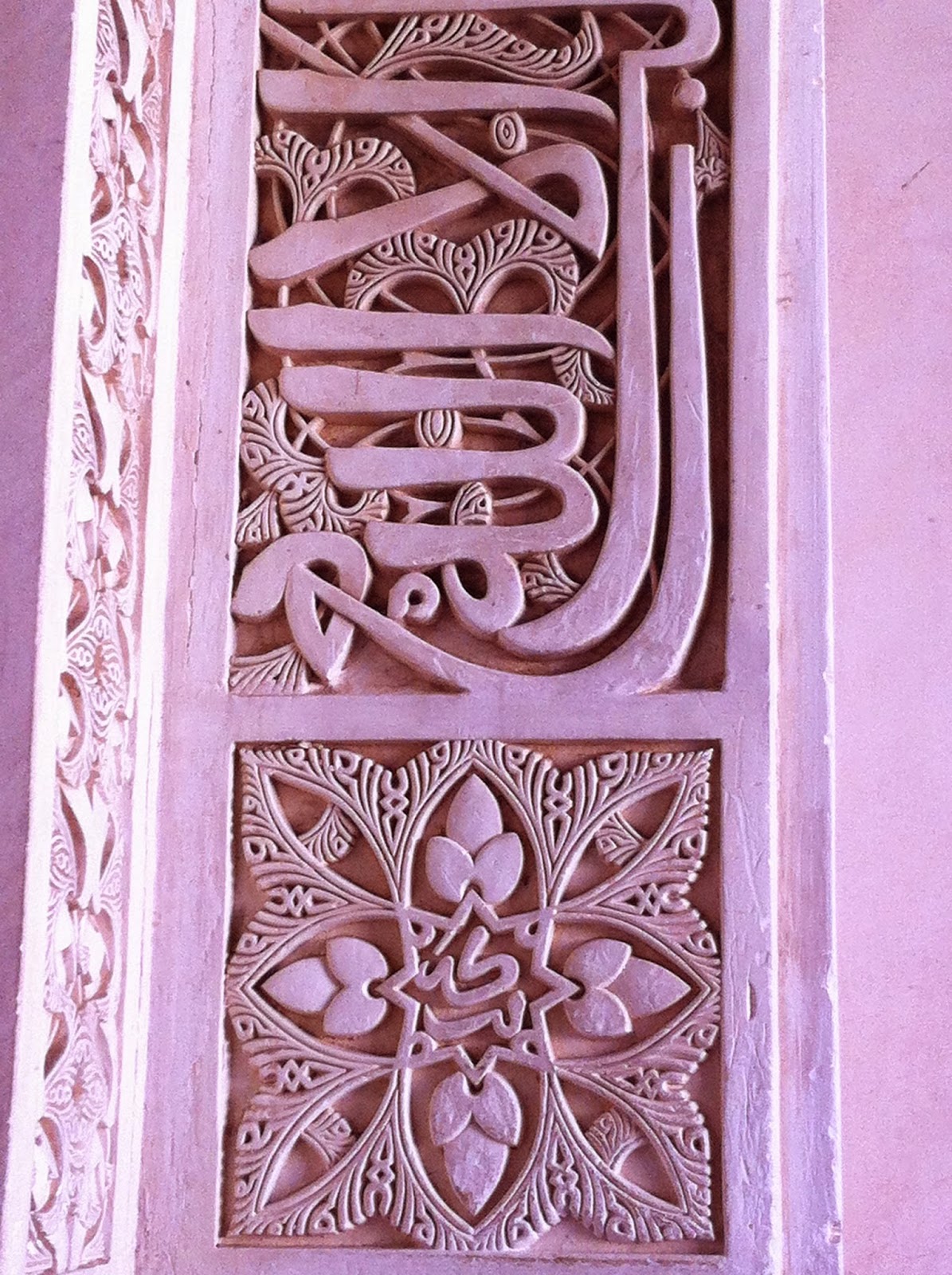 Email ThisBlogThis!Share to TwitterShare to FacebookShare to Pinterest
Labels: Sue Purkiss, the Alhambra

Beautiful images, Sue. Long to go back there and stay in the Parador in the grounds.

I was there, this summer. Breathtaking!

Have you stayed there, Kate? I thought it looked rather lovely!

You've reminded me how much I'd love to go there, Sue.

Thank you all. Nice to remember being there on a rainy autumn day in England!

I have stayed in the Parador. I love this place and walking in the evenings when it is warm and all the blossoms smell so sweet… Lorca's land… thank you reminding me, Sue

Beautiful photos - thank you, Sue! I love that style of decoration - so refined and intricate.

Just catching up and wow! Truly lovely photos and piece. Makes me want to visit.