This post really is just a puff for the wonderful Bodleian Broadside Ballad collection. My site of the month. It's here, go on waste all morning. There's stuff here from the sixteenth century to the twentieth.


There's something about old Broadside Ballads. A sort of hard wiring into street culture of the past. Although it is hard to imagine some kind of future me imagining I could glean any kind of knowledge from  'You're insecure, don't know what for'
Actually having written that snippet from the ouevre of modern big haired popstrels One Direction I think it says quite a lot about teenage girls in the early 21st Century.

Anyway. I had to squeeze out a story fairly quickly last month, and when you're in the middle of a million other things finding a clean and empty space inside your head can sometimes prove hard.

I started faffing and wrote ten beginnings ranging from useless to 'ok but what the hell is this about then?' Then I remembered the lovely Bodleian Library Ballad collection, the place that gave me the title of the Mary Seacole story I wrote for  Daughters of Time.


The Bodleian is a fantastic resource. If you have a spare hour (or two or three). There are songs about everything and some marvellous illustrations.

But I was in a hurry. And I couldn't find a tune I knew the name of but was there at the back of my head. Thank heavens for Wikepedia. I thought I found it in the The Child's Ballads. A collection of English and Scottish folk songs. But I had misremembered the ballad of the Nut Brown Maid was about women, but not exactly what I needed. 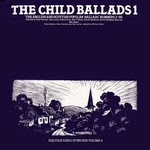 However noodling around the Child Ballads I found one with a lovely and intriguing title  - The Wife Wrapt in a Wether's Skin - a wether is a sheep and I recognised some of the lines she wouldna wash, she wouldna spin.  From a song from my childhood The Wee Cooper From Fife.
http://www.youtube.com/watch?v=CX2KMDoOtQA

However the song original ballad is one of domestic abuse, a 'how to'  beat your wife. It's about a working man who marries a high born woman  who won't lower herself to do any work. He threatens her, she says if you mark me my family will know. So he wraps her in a sheep skin and blithely beats her happy in the knowledge no one will know.

She soon knuckles down. It sort of ruined the White Heather Club for me.

But it does sort of bring us back to modern pop songs. How many of them, while not actually advocating physical abuse (let's forget He Hit Me and It Felt Like a Kiss by The Crystals) do make romantic love seem like something close to masochism.

Posted by Catherine Johnson at 01:00

Great post and thanks for the link, Catherine! I love old ballads too, and they are packed with history. Like your 'wife-beating' song, they give us attitudes of the time, and not always the expected ones. There are Napoleanic anti-war songs. And the one that advises girls, 'Don't wed a man before you've tried him/For fear you'll sing this song with me/Me husband's got no courage in him.'

When I was searching through the stores at my old work, I came across a pile of old song sheets from the 18th and early 19th centuries. There was Sally in My Alley - which I had heard the title of before, but nothing else - and The Death of Admiral Benbow - which sounded remarkably cheery actually. My favourite title though was Let Us All Be Unhappy Together. I also used to trawl through the subscription lists of old books and pick out names of people and their addresses - some amazing finds, such as Half Moon Street, Figtree Court, Hercules MacDonald, Edmund Bastard...I wrote them all down and if I need a name for a story I have a read through until something jumps out.

Great post, Catherine. I love ballads - the people's history. What a great resource, thanks for the link. i'll certainly be taking a look.