Being Heard: From Pamphleteers to Twitter Trolls – Elizabeth Fremantle

Twitter Trolls are a twenty-first century phenomenon and one that exposes the darkness that lurks beneath the surface of society. I am always shocked to hear of the venomous attacks launched on people who find themselves in the public eye by those hidden behind the veil of anonymity that social media offers. Such practices have once more come to light with the recent news of Brenda Leyland's presumed suicide in the wake of allegations that she was behind a Twitter smear campaign against the McCanns, a couple who have not only suffered the loss of their daughter but also had to bear a tirade of abuse and accusation, mostly based on poor reporting and misinformation. It seems people are determined to have their say, no matter what the cost. 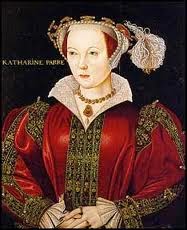 But though the platforms that allow such anonymous personal outpourings are a recent innovation, the desire to have one's opinions heard, however unpalatable or inaccurate, is nothing new and can be traced back to the rise of the pamphlet in the sixteenth century. Pamphlets originated in the wake of the invention of the printing press, with the Reformation, and were used to spread the new religious ideas that were taking hold across northern Europe. But before long pamphleteers, who were often anonymous or hidden behind pseudonyms, were spreading scandal as much as politics and religion; and the pamphlets themselves were much like today's social media in that they were ephemeral and not designed to endure.

The heroine of my novel Queen's Gambit, Katherine Parr, widow of Henry VIII, fell foul of the scurrilous pamphleteers when she married her fourth husband Thomas Seymour with what was considered indecent haste in the wake of Henry's death. The scandal mongers had a field-day, loudly citing her hasty marriage as evidence of her wantonness and the insatiable nature of womankind. London's watering holes reverberated with lewd jokes about the Dowager Queen and her untrammelled sexual desire, so much so that Seymour tried to suppress the crude tirade with an act of parliament. 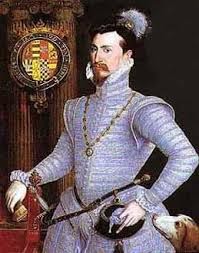 By the middle of Elizabeth I's reign pamphlets had superseded ballads as a means of imparting news and scandal to the public and were increasingly used in attempts to topple unpopular powerful figures such as the Queen's favourite The Earl of Leicester. A long pamphlet titled Leicester's Commonwealth was published with the sub-heading: 'Conceived, spoken and published with most earnest protestation of dutiful good-will and affection towards the realm.' It was actually a character assassination of the earl and filled with accusations of all kinds of wicked behaviour directed at him, suggesting that he was behind the murder of his first wife Amy Robsart, a scandal I write about in my novel Sisters of Treason, and also that he had a hand in the death of Lettice Knollys first husband, to pave the way for his own marriage to Lettice. 'No man's wife' the anonymous author stated, 'can be free from him, whom his fiery lust he liketh to abuse.' The Queen, however, was unswayed by the pamphleteer's scurrilous accusations and Leicester remained her favourite until his death.

Find out more about Elizabeth Fremantle and her Tudor novels on elizabethfremantle.com

Great post. Sadly it seems human nature never changes and whatever good thing is invented people quickly find a way of using it to do harm or destroy others. I wonder if we will ever be able to invent something others can't misuse.

Love this insight; that 'trolls' have always been there, hiding behind whatever medium was at hand. It is easy to assume similarities (or differences) of human nature over time, but great when you find something that illustrates this and brings it home.