'The Cockerel that Whistled' by Karen Maitland 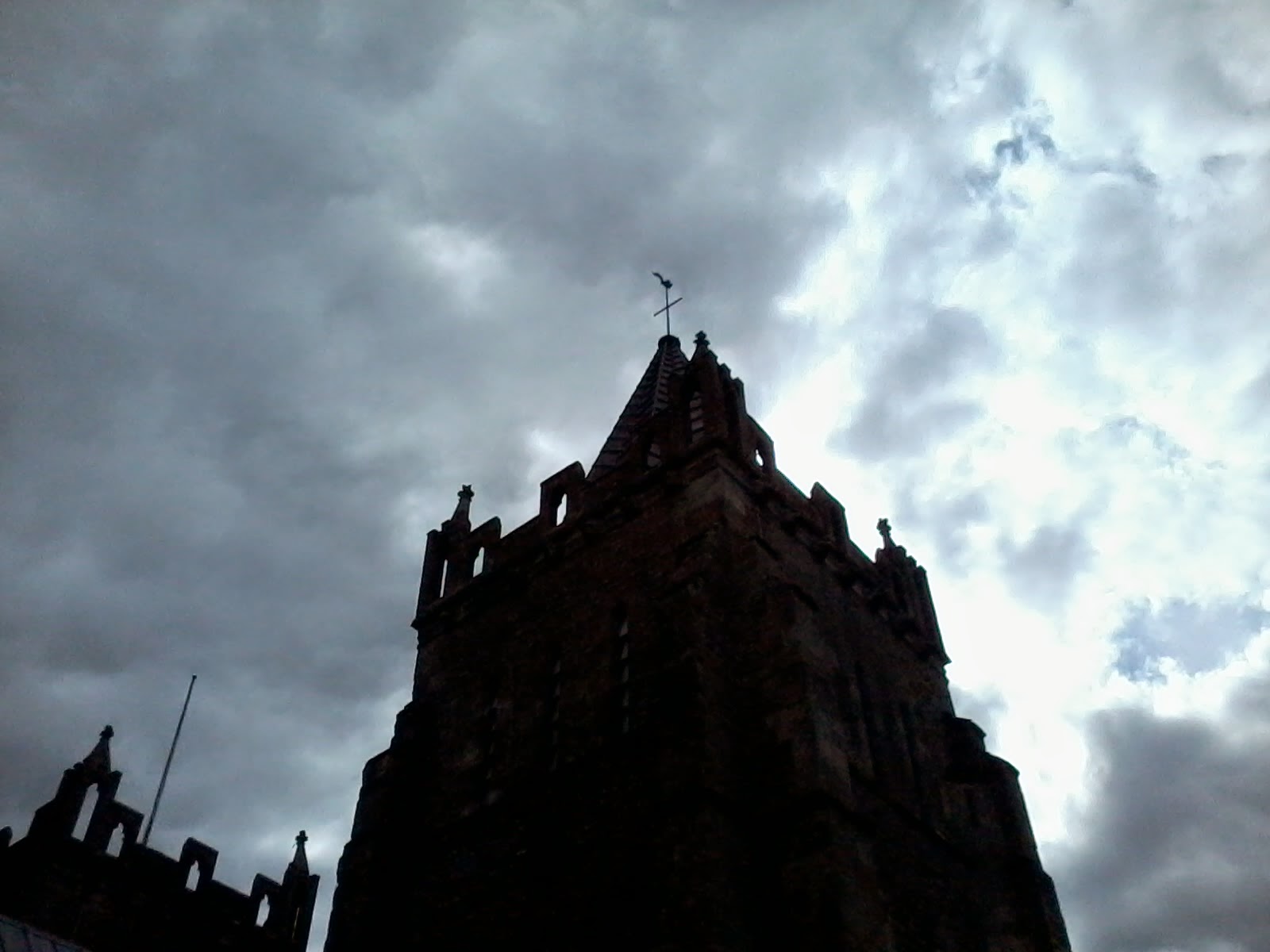 I recently visited the stunning parish church in Ottery St Mary in Devon, birthplace of Samuel Taylor Coleridge. The church is like a miniature cathedral with one of the oldest working astrological clocks in England, constructed in the 14th century. But for me, one of the most intriguing things about the church is the weathercock high on top of the tower. The weathercock is thought to be the oldest in England, though its tail has had to be restored since Cromwell’s troops used it for target practise. It was once a whistling cock which had two tube-like holes, so that the stronger the wind blew the louder the bird whistled. For the sanity of the villagers, the holes have now been blocked off. But it made me wonder - why a cock as a weathervane? And why a whistling one?

The earliest known weathervane is thought to be the bronze Triton that stood on the Tower of the Winds in Athens in about 100BCE. The oldest surviving weathercock, made in 820, is to be found in the Museum di Santa Giulia in Brescia, Lombardy. And in the Bayeux tapestry there appears to be depiction of a man fixing a weathercock to Westminster Abbey.


A papal decree in the 9th Century said that every church must display the emblem of St Peter, which was the cock, the symbol of vigilance. By the 1300’s this had often been combined with a weathervane. But the use of cocks to protect buildings certainly predates Christianity in England. Straw cocks were attached to thatched roofs and hayricks, as they were thought to prevent witches from landing on the roof and keep houses safe from fire. On the Eve of St Martin, in November, millers would slaughter a cock and sprinkle the blood on the working parts of the mill, ‘blooding the mill’, to keep the mill and miller safe in the coming year – a combination of ancient sacrifice and a Christian saint.

Tradition says that the cock was the first creature to announce the birth of Jesus and cocks have crowed through the night on every Christmas Eve since. Although, I can’t help wondering if they were crowing in alarm because the farmer’s wife was coming into the henhouse to find a bird for Christmas dinner. But legend also says that both weathercocks and real cocks will crow on the Day of Judgement to call the dead from their graves and waken the living. This belief may, in turn, come from the Norse myth that a golden cock will crow at the dawn of Ragnnarok signalling the end of the world.

Cockcrow is associated with the coming of dawn when ghost and demons must vanish. A cock was kept by many households to frighten off ghosts and even the devil himself. There is an old country saying - So it follows that a cock on a church tower watching over a graveyard would help to keep the ghosts of the dead contained.

A fierce wind was thought to be conjured up by witches or demons. The weathercock would spin to face the wind and whatever evil was riding upon it, so it could drive off the demon and restore calm.

The whistle in the cock might have been to alert parishioners to the increasing strength of the wind, or even to guide people to safety on a dark, stormy night. But it might also be linked to the idea of using noise to drive off ghosts and demons, which is reflected in old customs of All Hallows Night when clappers and rattles were used to drive back ghosts into their graves.

The way in which Christian and pre-Christian beliefs become woven together like this is illustrated by an account I stumbled across, recorded in 1949. As a farmer lay dying, his wife went out killed a black cockerel and said it was to be buried with her husband. When the district nurse, who was caring for the man, asked why, the wife said her husband would carry the cock to the gates of heaven to remind St Peter that he denied Christ. In that way the saint would forgive her husband’s human weakness and let him into heaven. But the farmer’s wife was insistent it must be a black cock. An interesting survival of an ancient custom given a Christian veneer.

Incidentally, there was also a whistling weathercock on the Church of St. Mary’s, Exeter. In 1501, Katherine of Aragon was staying nearby, and the noise was so loud she couldn’t sleep. So she ordered some poor soul to climb the tower in the gale that night and take the weathercock down. It was put back after she left.

What a fascinating post! I Love the story about Katherine of Aragon...was at her grave in Peterborough Cathedral just the other day...

And by the way I downloaded Liars and Thieves to my Kindle on my iPad ...smashing stuff.

my grandmother used to say 'whistling woman and crowing hen brings the devil from his den' usually accompanied by a clip round the head for me when I whistled! I wonder how this fits in with the whistling weather vanes! My Gran seemed to have a line to any old wives tale that ever existed! Sometimes I wished I listened more but mostly they seemed to be a way to put me 'back in my place' form her very Victorian point of view.

I love the info about the weathervane. I did not know its history. Thank you so much. This is absolutely fascinating. If the Greeks had the Triton in 100BC, I wonder whether the Phoenicians or even the Minoans who were both great sailing nations had anything earlier? Thank you, Karen.

Very interesting, I never knew that was why it was a weathercock!
My grandmother used to say (in German) 'A whistling woman and a crowing hen deserve to have their heads cut off.' She was the gentlest of people and literally hate to hurt a fly...
I was told that the ceremonial arch of Chinatown in Manchester was dedicated with the blood of a cockerel, white I think, and I have met the Daoist priest and geomancer who performed the sacrifice!