As a history undergraduate at Cambridge in the early eighties, I learnt a lot about Balkans, Corn Laws,  Reforms Acts, Causes of Wars. I had no female teacher after the age of 16. I loved history, but it really was the wars and the laws, the high thoughts and the doings of great men. If I had then the knowledge curiosity and confidence that I have now, I would have said: I've had it with the economic, can we do some social now?  Enough men, bring me women. No more big things please - I want the small.

By the small, I mean of course the big small. I mean, while Mussolini was making those speeches, what were the farmers' eating? When all those Jews were waiting on the Polish border, what did they sit on? Those cholera figures - so what did those parents actually do, when symptoms appeared in their children? Who did you turn to? What colour was it? What was the greeting commonly used? When did you get your money? How did you clean your bed?

As novelists we need the small - but it's not just that. It's not irrelevant. It's not just amusing, or a curiosity. It's the finding of a voice for those who had none. This is why we need Sarah Waters, single-handedly, it sometimes feels, reintroducing the lesbian to a history which entirely left her out, blanked her, removed her even. Radclyffe Hall's line 'That night they were not apart' is no substitute for a true and proper set of accounts for innumerable lives lived in shadow - or at least loves loved in shadow. And she gives us housework. God, the joy of lying in a warm delicious bath, listening to the washing machine tumbling my sheets, reading in The Paying Guests exactly how much elbow grease and copper-boiling and boiler-twiddling and lugging and bleach and mangling and hanging women were putting into washing sheets in houses just like mine, ninety years ago.

Jo Baker, in her superb novel Longbourn, based on Pride and Prejudice, describes the maid, Sarah, cast down not only at Lizzie Bennet's carelessness with mud and her petticoats, but at the time of the month when all five daughters, Mrs Bennet, the maids and the cook are - literally - on the rag, at the same time as happens in households of women - and it's Sarah's job to deal with those rags. Esther Freud, in Mr Mac and Me, tells us so movingly and delicately about a small boy's response to his mother's miscarriage. These everyday historical things, tragic but small, normal but fascinating, novelists can give us back, when official history - or mainstream literature (ie, most literature) chose to, or had to,  ignore it. I LOVE that these voices are being slipped back into history through novels.

My favourite at the moment happens only in the 1970s, the poet Salena Godden's memoir, Springfield Road. It's her life, her childhood. Her mother the go-go dancer, her father the jazz cat, her grandmothers, English and Jamaican (and a great grandmother with a pipe and a red bandana), her brother, her sister, holidays, sweets, chopper bikes, fingerless gloves, skateboards, dandelions, squashing berries with a stick, going farther than you were allowed, falling in love aged seven with the new boy, who pulled up his shirt and said: 'Punch me. Go on, harder.' Her father left, to join the house band of the QE2. Her new dad was not nice. The shared bedrooms, the housing estates, the ice cream vans, white carpets, a tea tray with a pictorial map of Jamaica on it . . . root beer . . . Liking being upside down. Waiting. Missing your dad. Tragedy, comedy, life . . It is another wonderful book.

I never quite knew what root beer actually is, so when a historian turned micro-brewer turned up at dinner last night I thought well, how convenient, and asked him. He told me about sassafras, and the market for non-alcoholic fun beverages during prohibition. (We looked up sassafras and discovered that its chemical, safrole, was also used in MDMA, and had been banned by the FDA at various stages.) Why was I asking, he wondered. I told him about the book. We'd been talking about grandmothers - his was there; she ran a home store in Boise Idaho in the 60s and 70s. One of Salena's Jamaican great great grandmothers was a Maroon. We knew it meant runaway rebel slave, but  none of us knew the origin of the word - was it the same root as being marooned? Was that anything to do with mare, the sea? Marrone, the big sea? No, marrone means chestnut, or brown . . .  Or the Jamaican band, the Cimarrons?

We looked it up.  Cimmaron means wild, feral, fugitive and runaway; maroon is from cimarron. It's from the Taíno. Taíno? An Arawak language, historically spoken by the Taíno people of the Caribbean, in the Bahamas, Cuba, Hispaniola, Jamaica, Puerto Rico, and the northern Lesser Antilles. This leads us to the Garifuna, the Caribs, and to this, which I offer direct from Wikipedia:

In the Lesser Antilles, the Carib conquest (which had advanced to Puerto Rico by the time of the Spanish conquest, and is still occurring to some extent among the Carib and Arawak in South America) created a sociolinguistically interesting situation. Carib warriors invading from South America took Taíno wives, or raided north and took female Taíno captives back to the southern Antilles. The women continued to speak Taíno, but the men taught their sons Carib. This resulted in a situation where the women spoke an Arawakan language and the men an unrelated Cariban language. However, because boys' maternal language was Arawak, their Carib became mixed, with Carib vocabulary on an Arawak grammatical base.

That shut us up. Different languages for the different sexes!

Here are some more words from that language none of us had heard of.


Mauby! The brewer got excited at that. We looked it up. The internet tells us it's sort of like - haha! - root beer. Only nicer.

I remembered, later that night, a sweet appley drink a friend at school's dad used to make, back in 70s, known to us as mavvy. I looked it up: you can buy it.  Get some in, for the next barbacoa. 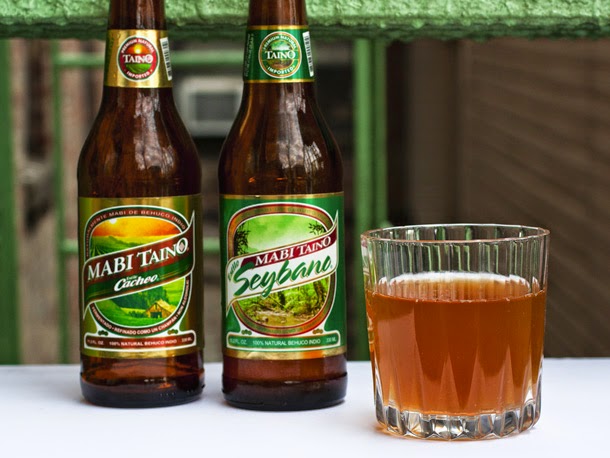 Ah, the joys of going round in circles.

It's all history. Keep it coming. Big and small. And poo to the Corn Laws.

(NB The novels I mention are all widely available. Springfield Road though is published by Unbound, so most easily found here.)

I agree with you, Zizou - I think most HGs would - that social history is much more fascinating than the usual laws and wars.

Fascinating post. I've got the idea from somewhere that both Japanese and Chinese once had what amounted to a separate language for women - different vocabularies, pronunciations, even grammars. I gather that this came about more from a general undervaluing and segregation of women rather than their coming from a different country. - This comes from casual reading, though.

Can someone with more knowledge say whether it's true or not?

Sorry - I should have addressed my post to Louise, who wrote it, rather than Zizou, who posted it. I was confused. Which happens more and more these days, without even drink being taken.