MUSIC WHILE YOU WORK, by Leslie Wilson

Music affects me in two ways when I’m writing. Firstly, there’s the music that actually occurs in the novel – a lot of Django Reinhart and Louis Armstrong in Last Train from Kummersdorf . When I was writing Saving Rafael, I had a cd called ‘Berlin by Night’ which contained popular music from Germany in the Nazi period. Not, I hasten to add, Nazi songs, but songs ranging from ‘Lili Marleen’ to disguised jazz, given a German title and lyric to make it more acceptable to the authorities. It has ‘Es geht Alles Vorüber’, the smash hit of the end of the war, the one that people played over and over again. Its message: ‘Everything passes, everything goes by, and every December is followed by May’ annoyed Propaganda Minister Goebbels – not martial enough – but that made no difference. My mother associated it, bitterly, with the letter she got telling her her first love had been killed in action – but she did have her Maytime after all, when she met my British father. 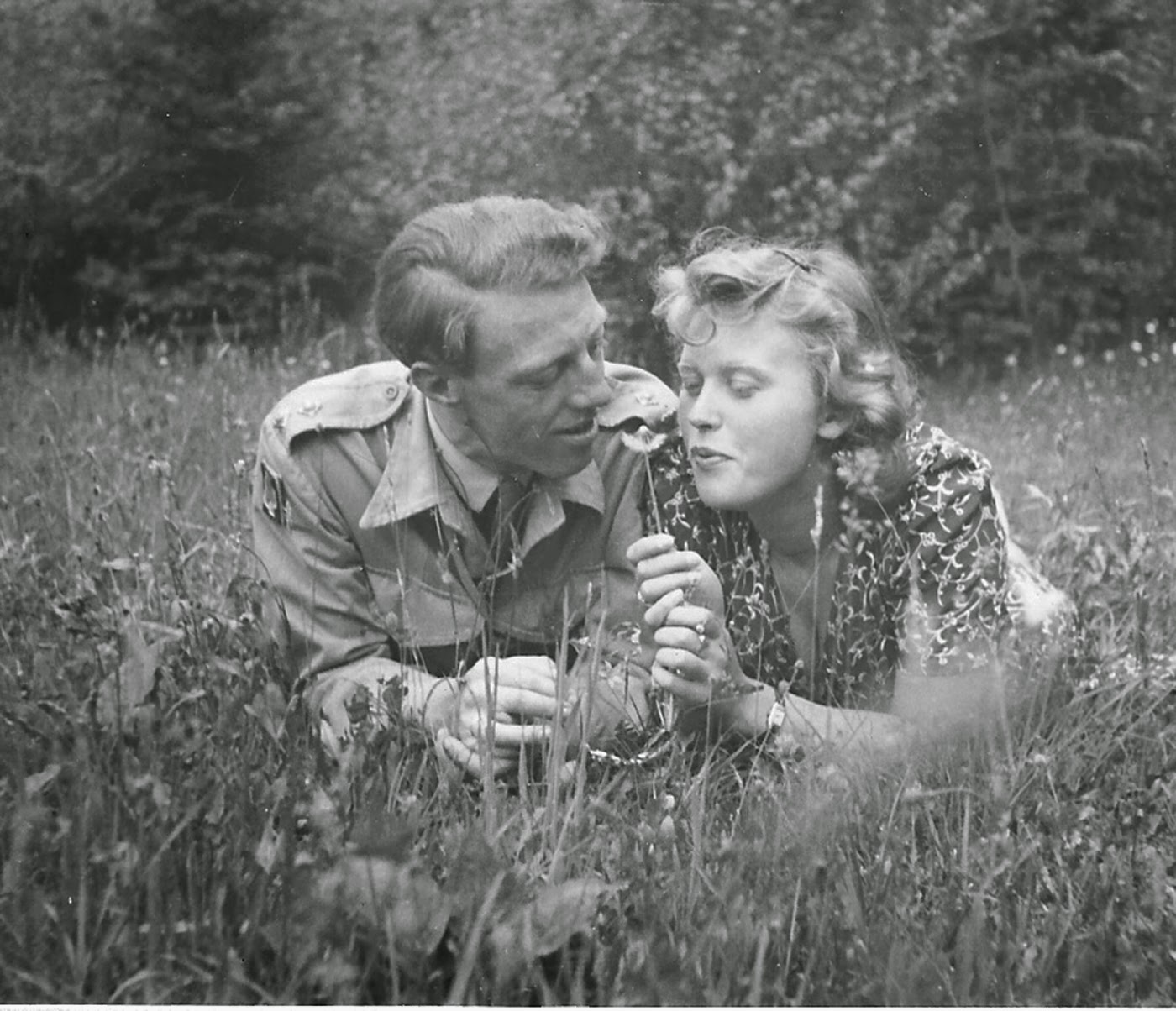 I listened to that cd over and over again, and composed the ‘theme lyric’ for the novel, in slight imitation of a terribly shlocky number that had me frankly laughing my head off. Jenny, in the novel, knew it was trash, but because it was playing the first time she realised Raf was interested in her, it got terribly important to her.
And yet – the scene where my young hero reaches across the table and starts playing with Jenny’s fingers comes, not from any of those contemporaneous songs, but from Tchaikowsky’s Violin Concerto (in D Major, I believe). I’d been wondering how to write that scene just before I was taken abruptly into hospital to have a tumour taken out of my spine. The second night after my surgery, I had a dreadful moment when I woke up and thought: ‘Somebody’s in pain,’ and then realised it was me – just as authors describe in many novels, and I always thought they’d made it up! But the thing that made me cry was that I thought I’d lost my novel. I got some more opiates from the nurses, calmed myself down – they were dealing with an emergency in the room and the last thing they needed was an author agonising – and then the next morning I was listening to the Tchaikowsky on my personal stereo and suddenly I was in the Café Kranzler again. I’d found the novel! Such a relief, because honestly, it was an awful moment, and I realised how important a companion the novel I’m working on is to me.
Tchaikowsky wrote the concerto as a love-letter to a young violinist – who didn’t reciprocate his affection – but it is the most passionate, flirtatious, wonderful bit, and the part of the slow movement I was listening to was just like someone playing with their loved one’s fingers. I had something to write on, so I reached out – I had to lie flat in bed – and scrawled it down.
There’s a jazz cd by Abdullah Ibrahim called ‘Water from an Ancient Well’ that my brother gave me, that I played over and over again while I was writing Kummersdorf.
Music so often releases something in me, and it’s vitally important to me for that reason. I can’t imagine writing without music. If I didn’t have any of the machines that are our personal musicians nowadays, I’d have to sing for myself, or relearn to play the piano and play every morning, as Jane Austen did. Perhaps that would be better, who knows?
But I’m a twentieth/twenty-first century writer, though I write historical fiction. My childish imagination was fired by ‘Music and Movement’ and by the stacks of wonderful glossy records, ‘78s, that lived in our house in Kendal – my parents didn’t have a lot of money, so I guess these were left over from a YMCA jumble sale, since my Dad worked for the YM and the house was a YM house. We lived over the office. Anyway, I have wonderful memories of my brother and me, on wet Lake District days, putting on The Night on Bald Mountain, and dancing excitedly to it. And that music surfaced years later when I wrote my novel about a witch persecution in the 17th century, Malefice.

So many authors seem to use music for inspiration in their different ways. Fascinating to read yours Leslie. I have always used music for inspiration but always away from the my writing. I listen to tracks while doing mundane things in the house or at the gym. If song is right for my novel though, I get a huge resonance in my solar plexus and I listen to the song over and over again until it locks in place ready to be used when writing a scene or a character in my novel. The music is wide ranging but frequently heavy metal and rock. The one going on in my solar plexus at the moment is a song for a battle scene and it's called Angels by All Good Things.

When I was writing Mary Ann and Miss Mozart I had a CD of Acis and Galatea that I played over and over. I chose one of the songs from it for Mary Ann to sing and practised it myself. The music was so important in that story that to me it felt incomplete without it and I felt as if the book should be issued with a CD! I had rather the same feeling reading your post, Leslie - that I had missed a whole aspect of Saving Rafael. Elizabeth, your method is interesting because you are obviously not just playing medieval music for atmosphere, but choosing songs that capture an emotion. I have never actually played music while writing but have just this weekend set things up so that I can try it. I have a feeling that the technology involved might come between me and my pencil and paper, but we shall see.

Your title Music While You Work took me straight back to our 1950s kitchen with my mum doing the housework with the radio on - the wash tub, the wringer, the steam, the floral wrap-around pinny...

Elizabeth - I guess it's what releases your feelings, to write the book, isn't it? But I also am fascinated that modern popular music would do it for a medieval book! I only normally listen while writing, if I am specifically using a particular song/piece in the text, and need to hear it.Water from an ancient well was an exception, I don't know why. Normally having music actually while writing is a distraction, so perhaps the title of the blog was misleading! But then, we work while away from our desks, don't we? Thoughts pop up, revisions suggest themselves, bits of the story open up..Issuing a book with a cd is a fascinating idea - a bit too late for the reissue of Last Train, I fear.
My mother never listened to Music While You Work, Ann and I'm afraid she tut-tutted snobbishly about it (and Mrs Dale's Diary), but then, she had a job, and my grandmother did the housework. She'd have listened to Catholic religious programmes if they'd been available in German, which they weren't..Me, I listen to audio books in the evening, while I'm cooking, but in the morning, before I start work, and when I take a break from work to expedite bread on its various stages from sourdough starter to finished loaf, it has to be music. I can't read or listen to fiction till my day's writing is done.

A really interesting post, Leslie - I agree that music is terribly important when one's trying to get an atmosphere 'right'. I've used music - both popular and otherwise - in all my books, and very much enjoy this aspect of researching a story. From my first novel, set in 1977, in which two of the characters attend a punk concert, to my latest, set in the 1920s, which has a 'jazz' soundtrack, mixed with popular songs of the era, I don't think there's been a novel which hasn't had a musical 'score'... I also liked Elizabeth's method of using music to create a particular mood, regardless of whether the music itself 'belongs''to any given historical period. Must give that a try!

From my early drama school days, we were taught to use music to help build a character: how she walked, moved, to discover the inner rhythms of the person. All that you describe in your post is not so different, is it? I cannot listen to music while I am working. I cannot really bare any noise at all, but afterwards, particularly while driving. I will play the same CDs over and over again if I feel they help me create a scene, build the emotional pace… also, the more obvious question: what does this character like to listen to?

Yes, driving is really a key time, because you don't think about the music, but it gets into your subconscious. Really interesting, using music to show how a character walks. I wonder if we unconsciously select music to like that mirrors our own inner rhythms?