We History Girls represent a wide variety of historical writing, for a wide variety of readers. As a writer of historical fiction, I'm constantly striving to bring an era to life, to recreate it faithfully, and to show via my characters - ideally effortlessly - what life was like back then. However, the one thing no recently written historical book can do, no matter much I love them, is give me that shiver of excitement at reading a really old book - preferably one I've never heard of, found in a forgotten heap in a junk shop.

Take this for example: 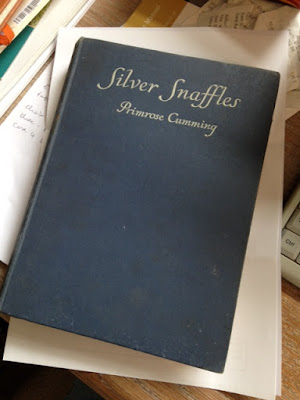 I just found this at a village fete. It was read to me by my favourite primary school teacher when I was nine, when I'd just started having riding lessons and was so obsessed with ponies I couldn't think about much else. Out of all the books I read or was read as a child, it has stayed with me: the story of a magic land through the dark corner of a stable, where the ponies can talk and teach you to ride themselves. And, since Mrs Hamilton read it to us in instalments, it taught me a lot about finishing a chapter on a cliffhanger... It has that wonderful old book smell, created by the breakdown of the lignin and cellulose in the paper, mixed in with years of dust and mould, which conjures up the schoolrooms of the past - past lives, past eras. It's a relic, in other words; a piece of physical history quite magical in its own right. The book was published in 1937, and has been inscribed by its first author - Marjorie. It's one of those books that reveals exactly how a particular facet of life was at that time - in this case, riding and middle-class childhood just before the Second World War. I wonder what Marjorie's experience of the war was. 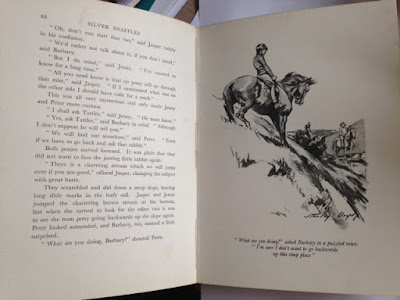 I'm so excited to read it again. It got me thinking about how important books written at the time in which I am setting one of my own novels are to me, in the research phase. Be they fact or fiction, they can tell you so much about patterns of speech and vocabulary, manners, society and the minutiae of daily life - things that might perhaps get left out of wider historical works on the era, written a long time afterwards. They are also, as a general rule, hugely entertaining to read. So, in no particular order, here are Five Fantastic Books that really embody England in the early twentieth century, which you might not have heard of, and which I highly recommend you pick up if you see in a box at a fete. 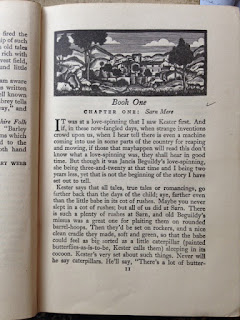 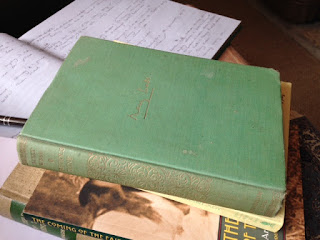 'Precious Bane' by Mary Webb. published in 1924, tells the story of Prudence Sarn, a farmer's daughter in Shropshire at the turn of the twentieth century, and how she finds love with Kester, a weaver, in spite of her family's folly and her friends' disregard. Prudence's hare lip - her precious bane - and the superstitions of her neighbours shape her life, and Webb's (no relation!) observation and recreation of a working rural life that has now vanished is hypnotically beautiful. 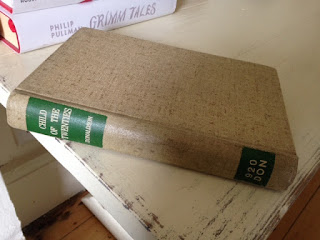 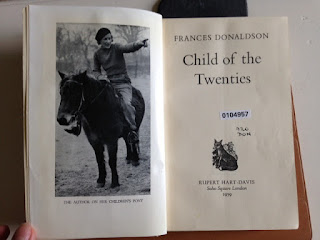 'Child of the Twenties' by Frances Donaldson, a childhood memoir by the daughter of the renowned playwright Freddy Lonsdale, which describes her wildly varied upbringing and life, from the frenetic energy of the  Embassy Club in London after the Great War, to learning to fly down in Sussex, to experimental child rearing to farming cattle. So revealing about the opportunities that class, a little fame and marrying well could bring in the 1920s and 1930s, and written with real verve, insight and self-knowledge. 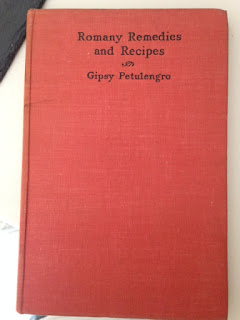 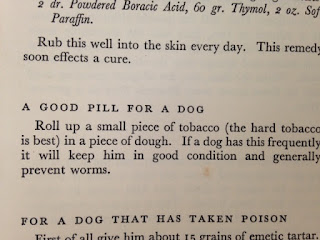 In a lot of my novels, herblore makes an appearance - I often write about rural life before the NHS, when most lower class people would have treated themselves with home remedies, or at best gone to somebody in their village who was known to be wise about such things. I find it endlessly fascinating, the things people used to be able to do with plants - and how that now correlates with modern science's findings on the active ingredients found therein. For example, there's an old bit of lore that hawthorn blossoms should never be brought into the house as they presaged a death in the family. We now know that hawthorn blossom contains a chemical called trimethylamine, which is one of the first chemicals produced when human tissue begins to decay. In the past, when bodies were laid at out home prior to burial, it would have been a scent people knew well.  I've no idea of the exact age of this book, but I would guess at 1930s. Was Gypsy Petulengro a real gypsy? Hmm, who knows. But I love the recipes collected here, and I have no doubt that many people who got hold of this book at the time would have given them a go. Here's one of my favourites - a good pill for a dog. Crucially, not the same as a pill for a good dog. 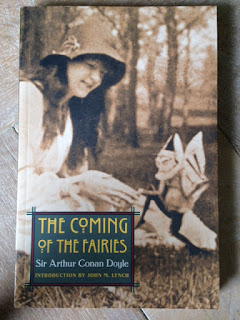 Originally published in 1921, this book by Sir Arthur Conan-Doyle describes the sensational case of the Cottingley Fairies as it happened. The well-known set of photographs, taken in 1917 by youngsters Frances Griffiths and Elsie Wright, convinced Conan-Doyle, a keen spiritualist, that fairies did exist, and that by extension many of the tenets of spiritualism and theosophy were correct. It's so interesting to read Conan-Doyle's thoughts on this and various other fairy 'sightings', and his correspondence with renowned theosophist Edward Gardner, included here. The book was a huge help to me when I wrote 'The Unseen', about a fairy hoax in the Edwardian era - it gives such an insight into the power of people wanting to believe in something. 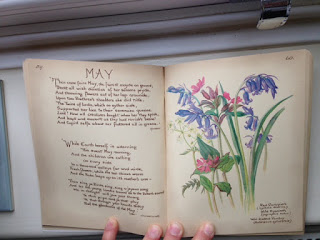 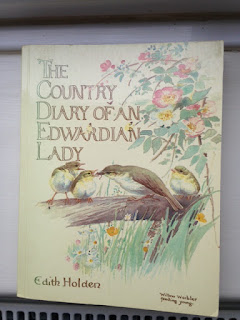 This last will be familiar to a lot of people - 'The Country Diary of an Edwardian Lady' by Edith Holden, which, according to the back cover, has sold over two million copies worldwide. Written by Edith in 1906, before her untimely death at 39 in 1920. She drowned in the Thames at Kew, by all accounts trying to collect Chestnut tree buds. There must have been Chestnut trees that weren't so close to the water? In any case, this is less social history and more just lovely to read for its notes on the weather, and landscape and the change in season. The floweriness of the prose and poetry, whilst not to everybody's taste, for me captures an innocence that was lost from a lot of British life, and writing, after the Great War.

Now I'm off to read Silver Snaffles, whilst inhaling deeply...
Posted by Katherine at 00:30

Ooh, I remember Silver Snaffles! It must have been in print for many years, because I got my copy new when I was a child and my parents were children in the 1930s. I vaguely recall that this novel told us you don't say "the hounds" in hunting, but just "hounds". I never thought, "This or that book was written before I was born", just "Hey, it's about ponies!" as girls do. ;-)

I read Precious Bane when I was a teenager in the late 1950s or early 60s and was swept away by the romance and passion and the rural setting; I read it several times, and also sought out her other books. Gone to Earth was one - another dark tale.

Apparently Stella Gibbons' very funny book Cold Comfort Farm is supposed to have been a take-off of Precious Bane with its dark passions and rural misery. I can see that it might have been - but I'm still rooting for Prue Sarn!

I used to have a copy of 'The Coming of the Fairies'! Gardner & Conan Doyle are so persuasive I spent more time than I'd like to admit looking for fairies in the woods while other boys of my age were discovering girls and alchohol. Now there's an admission.

That's great, John! So glad to know I wasn't the only one... I didn't know that about Cold Comfort farm, Ann. Now I want to re-read it with that in mind!

I have a set of all the Mary Webbs, love those books

The title 'Silver Snaffles' was instantly familiar - but I can't remember anything about it! And that's very sad about Edith Holden - I didn't know that.

Silver Snaffles! I've never forgotten the land where people had No Horse Sense. We also adored The Little White Horse by Elizabeth Goudge (glutinously sentimental). Who remembers the Bunkle series (horribly snobbish)? We also had some rather worthy books at primary school that featured social workers, Jewish child refugees, and a girl who ran away from a stepmother and ended up in what sounded like rather a cosy hostel.