The True Cost of War by Julie Summers

I am working on a glorious project about the secret life of houses during the Second World War. It is a fascinating topic and there are some glorious details emerging. However, I do have to remind myself that the war was terrible, destructive, murderous. So today I thought I would concentrate on a question I have spent a great deal of time working on: the true cost of war. I do not mean in the sense of how much it cost the British government to prosecute the Second World War – that figure is recorded as somewhere in the region of £10,000,000 a day. No, I’m interested in the cost of the war in human terms. Not numbers of killed or wounded but the impact it had on their families. 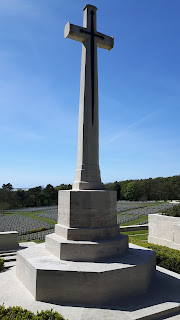 Last month I visited Etaples Military Cemetery and was reminded that 10,816 men and women are buried there. It was the cemetery for nearly 20 First World War hospitals. Each of those buried would have had parents and possibly siblings. Some would have been married with children, so the number of people mourning the dead buried at Etaples would be in the tens of thousands. Next year the Commonwealth War Graves Commission will be 100 years old. This remarkable organisation commemorates over 1.7 million men and women of the Commonwealth forces who died in the two world wars. It was set up in May 1917 in response to the outpouring of grief over the slaughter on the battlefields of France, Belgium and further afield on Gallipoli and in Palestine and Greece. Bodies could not be repatriated. That only started in the late 1960s, so men had to be buried where they fell and the Commission’s job over the next decades was oversee the construction of cemeteries and memorials. It now has a presence in 154 countries worldwide. It is through their remarkable determination to remember the war dead and to commemorate them in perpetuity, that has shaped our remembrance services of today. But for the men and women whose sons, daughters, lovers, husbands, brothers, uncles were sucked up into the Forces in 1939 commemoration was the last thing anybody wanted to be thinking about. Every hope was for the safe return of a loved family member or friend. 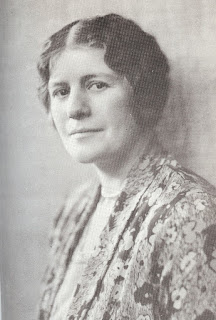 One of the cruellest notifications a family could receive, short of killed, was Missing in Action. In Jambusters I told the story of diarist Clara Milburn whose son, Alan, was posted as ‘missing’ after Dunkirk. Her diary entries over the summer of 1940 make haunting reading. In June she wrote: ‘How curious this life is. A sort of deep stillness comes over everything from time to time. There is not much traffic on the roads during the week and the village seems empty in the evenings. One misses the young life everywhere, particularly Alan coming in in the early evening.’ A month later there was still no news of her son: ‘Always one is thinking of him, wondering whether he still lives and if so, whether he is well, where he is, what he does all day, what discomforts he is suffering. If… if... And so the days go by.’ At the end of July she heard that he was a prisoner of war and hugged her husband ‘for sheer joy at the good news’. It was not until October that she received a letter from him, a full nine months after she had last spoken to him over the phone. Alan Milburn returned safely but a very changed man. 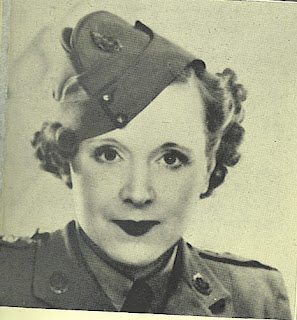 For Barbara Cartland the news from France was the same as for Clara Milburn. Both her brothers, Ronald and Tony, were fighting with the British Expeditionary Force. Ronald wrote to his mother just before he went into action: ‘This is just to send you my love and bless you always. Don’t be anxious if there is a long silence from me – the fog of war is pretty impenetrable. We shall win in the end, but there’s horror and tribulation ahead of all of us. We can’t avoid it. What a waste it all is, but after months of desolation we shall gain and retain what you and I have always understood the meaning of – freedom.’ Barbara’s mother, Polly, had lost her husband in 1918 and knew full well the horror of the telegram. It came twice over that hot, dry summer of 1940. Both her sons were ‘missing’. In January 1941 came the terrible news that Ronald had been killed in action on 30 May 1940, hit in the head by a German bullet. Barbara wrote: ‘We had gradually been losing hope of hearing that he was alive – now we knew the truth. My mother was wonderful. “Missing” is the cruellest uncertainty of all, as she well knew, for my father had been missing in 1918; and that ghastly waiting, watching, hoping and praying was hers all over again – not twice, but three times, for Tony was still “missing”.’ Tony Cartland had been killed the day before his brother, hit by a shell. For Polly and Barbara Cartland there was no happy ending to their story. 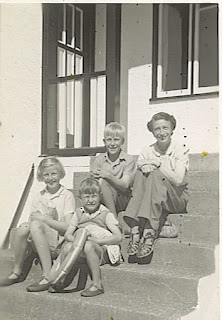 My grandmother, Alex Toosey, with her 3 children 1945

Ronald Cartland described ‘the fog of war’ meaning there was confusion and chaos as indeed there was. And the pressure on families was immense. My grandfather was taken prisoner on Singapore on 15 February 1942 and the first official notice my grandmother received that her husband was alive but a POW was on Christmas Eve of that year, almost 11 months after he had been captured. For her the fog of war was exceptionally thick. Twenty seven per cent of the prisoners of the Japanese died in the camps all over South East Asia. My grandfather came home ‘safely’ in November 1945. He was a changed man as were others who came back from that oft forgotten theatre of war. The families of these men were still counting the cost of war decades later as the emotional fall-out left scars on minds, hearts and bodies. A sombre thought but one worth thinking I feel. 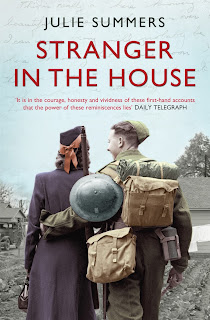 Thanks Julie for this reminder that even those of us born during 'peace' were influenced by war. My father fought in the First World War, but didn't die from it until 1957 (lungs damaged by gas) by which time he left 5 little semi-orphans - 2 of whom were born during, and affected by, the Blitz. He lived through WWII, still suffering from PTSD from WWI.

Yes, very important point. The resonances of war go right through the generations, on both sides, which is partly why it's so hard to build peace in Northern Ireland, the Balkans..I certainly felt the destructive influence of war, from war-damaged civilians. After all, even in insular Britain, the 20th century put everyone in the firing line, even, to some extent, in the First World War. And then there were the casualties of childhood evacuation, too.