Peace on Earth, by Carol Drinkwater

This month my blog is very short. Apologies for that. I am a little unwell. On top of that, due to the loss of my mother earlier this year, my husband and I are having a very low-key Christmas. 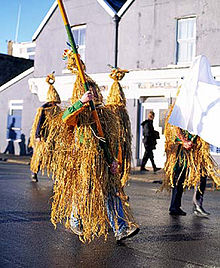 Today, 26th December, is Boxing Day. It is also St Stephen’s Day, which is celebrated in the Republic of Ireland as Lá Fhéile Stiofán. It is a public holiday also known as  Day of the Wren, or Lá an Dreolin. In certain parts of the country such as Dingle and Galway locals dress themselves in straw hats and parade through the streets. This tradition is less common now but occasionally you might see such a parade if you are lucky. What I appreciate about most about this tradition is that those who participate are free to parade and dress as they please. Nobody stops them.

St Stephen was the first Christian martyr. He was taken outside the city of Jerusalem beyond either the eastern or northern gate - archeologists are divided on the precise location - and was stoned to death for blasphemy. In the Acts of the Apostles he is spoken of as one of the Christian Deacons of Jerusalem. Here, below, is a remarkable painting by Jacopo and Domenico Tintoretto of the stoning of Stephen. It is the altarpiece of San Giorgio Maggiore in Venice. 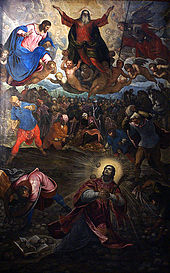 and here the stoning of Stephen by Paolo Uccello 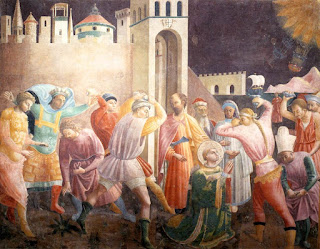 I have been gazing at these two paintings while sipping my morning coffee. I have been pondering a society that allows a man to be stoned to death because he speaks up for what he believes, because his philosophy is different. 2016 has been a wretched year for barbaric acts justified by righteousness.   I am as impotent as the next when I read of or watch recordings of massacres such as we have witnessed this year in Nice, or a few days ago in Berlin to name but two.

Boxing Day has become a commercial affair - the first day of the sales in certain countries. Important though, I think, to remember its earlier meaning.
A new year approaches. One that will trigger many changes: Brexit in Britain which might cause the reinstatement of border control between Northern Ireland and the Republic, the presidency of Donald Trump, an election in France where the extreme right is hoping to gain a majority control along with many other events that threaten to override tolerance. What I wish for tomorrow, for 2017, is that we can as a universe, as a species open our hearts to one another. If, every day, one tiny act of tolerance, a gesture for peace, is expressed we might begin to turn the tide of hate and intolerance that is threatening to engulf us.

Email ThisBlogThis!Share to TwitterShare to FacebookShare to Pinterest
Labels: Day of the Wren, the Feast of St Stephen

A very interesting and honest post. During 2017 I plan to follow the saint's days. During morning prayer at our church they always acknowledge saints' days and have a short study on their life and work, due to work commitments I can't always be with the gathering but there is always material on the Internet

Hope you feel better soon, Carol. I so enjoy your writings and blog. Please take heart, there is a lot of good in the world. - Karen from Calgary, AB, Canada

Hope next year is a kinder one for you, Carol - and for all of us.

Is there something known why they dress in straw on St. Stephen's day? What is the symbolism behind that? Thank you for making me ponder and for reminding us to rise to who we really are and that that means standing up even when 'invisible stones' are thrown - it is worth it. God bless!