To Resolve or Not, that is the New Year's Question by Julie Summers

A few years ago a husband of a friend of mine announced at midnight on 31 December that his New Year's Resolution was to make love to his wife three times a week. We all stood around feeling suitably impressed, depressed, optimistic - take your pick - and somewhat inferior. After all, we were none of us less than 50 years old. He kept his promise and did make love three times a week but more often than not to someone else's wife. Was that a good resolution? I leave you to judge for yourselves. I, personally, find New Year's resolutions more of a burden than anything else, something to beat myself up about in the dark, cold days of February but quickly forgotten when the spring flowers come of life and my garden is alive with proliferating flora and fauna. However, so many people make resolutions that I thought I would look up their ancestry. 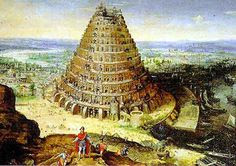 New Year's resolutions seem to have begun with the ancient Babylonians who made promises to their gods at the start of each year that they would return borrowed objects and pay their debts. That tradition developed and evolved under the Romans into a series of promises to Janus, the god of beginnings after whom the month January is named. He is also the god of gates, transitions, time, doorways, passages and endings. Usually depicted with two faces, he also presided over the beginning and ending of conflict: the doors of his temple were open in time of war and closed to mark peace. 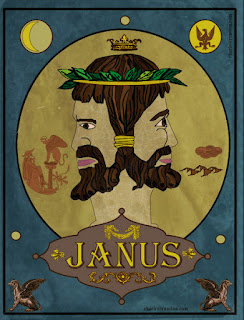 Over the next millenia various ages adopted variations on the theme of reaffirmation of promises, while the world religions used it to urge us to reflect upon our wrongdoings in order to seek and offer forgiveness. That seems to me to have moved on a little from the original simple message and introduced a level of guilt which, to me at least, seems unhelpful.


Being a book person the message I take from the Babylonians is that I must check I have returned all the books I borrowed in 2016 whether from libraries or friends. But, flippancy aside, I'm beginning to like the idea of returning borrowed objects and paying debts. It seems to me so much more positive and interactive than promising myself I will go to the gym once a week or always wash socks in pairs or, heaven forbid, promise to make love to my husband three times a week. No, I think I shall take away the positive message and return affection that I have been given over the last year and pay my respect to friendships that have held me up in difficult times as well as celebrating good things. So my New Year's Resolution is made.

Quite right too! And a happy new year to you also.