History in a Cake

I always find it fascinating to see how the movement of people around the world transports and alters dishes and customs. I'm not completely sure where the English tradition of Christmas cake comes from, though I've read various theories, including from Ancient Egypt. It's been around for a good four hundred years or more as a tradition in England. I've also read that it was banned, along with mince pies, during Cromwell's time as Lord Protector, for being too rich and indulgent.

Not being entirely English, I was never that big a fan of Christmas cake. But then 26 years ago a friend and colleague gave me a recipe when I was living in Germany and I became converted. The reason this recipe was something different, is it was an Indian recipe. Taken to India by the British during the Raj and spiced up by their Indian cooks perhaps? And from there brought back to Europe? I don't honestly know what steps led to the amalgamation of a British cake with Indian spices, but I approve! It's the spices, especially the cardamon, which makes this Anglo-Indian recipe so special. And it almost certainly has an illustrious history and thus deserves a place on this blog.

In any case, this cake, so influenced by our shared history with India, has been such a joy to me over the years that I feel it would be a crime not to share it at this season. Even though, ideally, it should have been baked three or four weeks ago. I've not had time yet this year either and have earmarked this weekend for cake baking.

Chop the nuts and mix with fruit, drizzle with the brandy, leaving them to soak overnight, covered.
Beat together butter and sugar and then add egg yolks one at a time. Add lemon rind, spices, essences and honey. Stir in flour. Work in fruit and nuts. Beat the egg whites until stiff and then blend with the dough.
Line and grease a cake tin and place mixture into it. Bake at 130 degrees c for anything from 2.5 to 5 hours, depending on the tin and your preference for a moist or drier cake. Cover with baking parchment or foil after the first hour.
Cool completely on a baking tray and remove paper. Drizzle with more brandy and store in an airtight tin - will keep for up to a year...but probably won't get the chance.

Good thing Cromwell never heard about this one. 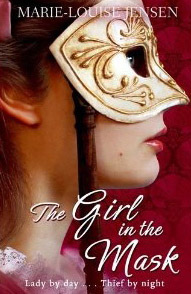 A nicely spiced recipe, but I'm a bit worried as to how well I'll be able to watch over the baking, with that "2-5 to 5 hours."

My version would need to NOT include any alcohol, so I'm pondering on good liquid alternatives to brandy. Ideas, anyone?

Wishing you a Happy Christmas with your cake, Marie-Louise.

HEAVENLY bliss! Will try one day...

Adele, I thought of you when I posted this! I know you enjoy a good cake recipe :)