Facing the Future as Someone Else: A History of Face Transplants by Fay Bound Alberti 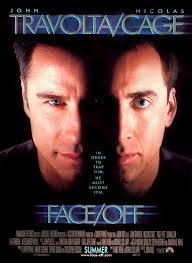 Faces matter. They tell the world who we are and where we come from. They reveal our individuality, our genetics, emotions and ethnicity. But faces are also 'matter,' a composite of tissues, muscles and nerves that can be changed by cosmetics, art and surgery.  Face transplants are no longer science fiction, which they were in 1997 when Face/Off hit the cinemas, starring John Travolta and Nicholas Cage and directed by John Woo. Since 2005, it has been possible to perform face transplants, in which the face of a dead donor is overlaid on the body of a recipient. That recipient will more than likely have undergone some traumatic event or accident, and multiple reconstructive surgeries before receiving a new face. What must it be like to wake up as someone else? To have to learn to speak, eat, smile and inhabit a totally different visage? What would it be like for your family? Or for the family of the donor, constantly looking for and hoping to find (or not to find) an essence of their loved one.

I have been thinking a lot about these kinds of questions. I'm writing a history of face transplants from the 1950s to the present, focusing especially on post 2005, when the 38-year old French woman Isabelle Dinoire became the first face transplant recipient. Hers was a partial transplant; her nose, chin and lips had been lost when she was savaged by her pet dog. Isabelle was unconscious at the time, having argued with her daughter and taken an overdose of sleeping tablets. Whether or not it was a deliberate overdose has proved contentious: could she have given true, informed consent for a face transplant when she was depressed enough to commit suicide? When she couldn't possibly have known what the world had in store for her?

As it turned out, the world was very interested. The hospital that treated her released pre- and post- operative photos. The media immediately picked up the story: they wanted details from her neighbours, her friends. They wanted to know what it was like to have someone else's face; what it was like for her family and the family of the donor. They discussed whether she would be able to kiss, to have a new relationship, to return to her old existence. Life was never the same again for Isabelle. She remained dependent on her doctors and did not return to full time work. She constantly watched her skin for signs of tissue rejection. She lived with a face that she described as half her own and half somebody else's. When Isabelle died of cancer in 2016, her doctors denied it was in any way connected to the cocktail of immunosuppressant drugs she had been taking - though those drugs are known to increase the risk of cancer. I have written in detail about Dinoire elsewhere. Her case is important - not just because of her own experiences as a female patient undertaking a cutting-edge technique, but also because it draws attention to the limits and obligations of what has been called 'Frankenstein science'. Where do we draw the line in medical experimentation? What can and can't be transplanted? Who decides?

I have not included images of Isabelle Dinoire in this blog post, since some readers might find them upsetting. But they are widely available online. So, too, are images of her surgeons, Bernard Devauchelle and Jean-Michel Dubernard, who also performed the first hand transplant. The hand transplant was not ultimately a success, because Clint Hallam, the recipient, could not bear living with it or dealing with the possibility of tissue rejection that occurred. For transplants to hold, massive amounts of immunosuppressants must be taken. Doctors are experimenting with alternative methods, but to date these have been unsuccessful.

The history of face transplants is a history of experimentation, of trying to master the complexities of the different tissues making up the face. People with transplanted faces do not gain full facial mobility, so in addition to belonging to the realms of both the living and the dead, they are both healed and not healed. Isabelle Dinoire said that she felt like a 'monster' before her operation, when her wounds were visible and like a 'circus freak' afterwards, when everybody knew that she was the first face transplant recipient. Other people's responses to disfigurement and transplantation are hugely important. Face transplant surgery can be traced back to World War I and to the development of plastic and reconstructive techniques as a consequence of soldiers being wounded in ways and numbers never before seen.

Another History Girl, Louisa Young, has written beautifully on questions of facial reconstructive surgery and social rehabilitation in My dear I wanted to tell you and the follow-up novels, The Heroes' Welcome and Devotion. I first met Louisa in 2006, when we were both contributing to the Wellcome Trust's first public exhibition, which was on hearts. Louisa had written her glorious Book of the Heart and I was working on a history monograph, Matters of the Heart: History, Medicine, Emotion. Eleven years later, by a wonderful serendipity, I find myself working on the history of face transplants soon after the publication of My Dear, I have something to tell you.

Maybe that isn't such a coincidence as it might appear. After all, hearts and faces have a lot in common. I became interested in the history of transplants because of what they tell us about our bodies - and how we feel about them. Heart transplant patients often claim they have received more than a stranger's heart; stories abound of people's personality or even their cravings and abilities changing as a result. Transplants are gifts, from one person to another (at least in the UK where donors are not paid). They provoke a range of emotional responses: fear of having a new organ, disgust that organ is assimilated into their own bodies, gratitude to the donor, guilt that s/he has died while the recipient lives on, and so on. Isabelle expressed both revulsion that her tongue touched the dead lips of her donor as well as gratitude for her new face. There is an added poignancy to the fact that Dinoire's donor was a young woman who committed suicide. In life as in death, the two were linked together forever.