There are very few characters from the Second World War who are known by their first names but Odette is one of them. Probably the most famous female Special Operations Executive (SOE) agent to survive was born this day in 1912. She was christened Odette Marie Celine Brailly in Amiens and remarkably was blind for nearly two years of her young life following a serious illness. In 1926 she moved to Boulogne and met an Englishman, Roy Sansom, who she married in 1931. The couple moved to London after the birth of their first daughter. Two more little girls followed in 1934 and 1946. 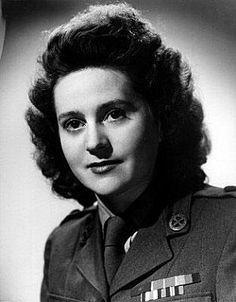 Despite her physical frailty early in life Odette grew up to be headstrong with an irrepressible enthusiasm for life. In 1939 she and her family were evacuated to Devon and three years later she sent a postcard that changed her life. The Admiralty were asking for photographs of the west coast of France so she sent a selection of pictures of Boulogne, adding that she was French by birth and knew the area well. Her 'mistake' was to send the letter to the War Office, not the Admiralty, and soon afterwards she was invited to an interview in London. She had no idea what she was being interviewed for but the interviewer immediately spotted her potential as an agent. 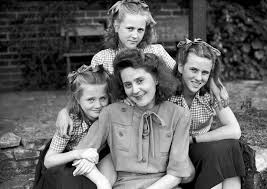 Leaving her children behind with great reluctance she joined SOE as one of the first women to be recruited by them, joining the First Aid Nursing Yeomanry or FANY as a cover should she be captured in France. She was trained in Northern Scotland and at the SOE finishing school in Beaulieu, Hampshire where she was given the following assessment: 'She is impulsive and hasty in her judgments and has not quite the clarity of mind which is desirable in subversive activity. She seems to have little experience of the outside world. She is excitable, temperamental, although she has a certain determination.' But no one could doubt her patriotism and determination to do something for her country where her mother and brother were living under Nazi occupation.

She landed in France in November 1942 and made contact with Captain Peter Churchill who was running an SOE network based in Cannes. He obtained permission from London to use her as his courier and she worked in Marseilles for a few months until an Abwehr counterintelligence officer, Hugo Bleicher, infiltrated Churchill's operation and arrested Odette and Peter Churchill.


Odette was interrogated by the Gestapo fourteen times and tortured but she refused to disclose the information she held about two agents they were after. She fabricated the story that Peter was a nephew of Winston Churchill. She also told them that she was married to Peter and that he knew nothing of her activities. This diverted attention from Captain Churchill but she was condemned to death on two counts in June 1943 to which she replied: 'Then you will have to make up your mind on what count I am to be executed because I can only die once.' This so infuriated Bleicher that he ordered her to be sent to Ravensbruck Concentration Camp where she was kept in a dark, horribly overheated cell with no food. Eventually that regime was relaxed and she was moved to a cell next to the crematorium where she witnessed an instance of cannibalism of a dead inmate by starving prisoners. Her cell was frequently full of burned hair from the cremations.

At the end of the war she was handed over to the Americans and gave evidence at the Hamburg Ravensbruck Trials of the war crimes she had witnessed. In 1946 her first marriage was dissolved and the following year she married Peter Churchill. The story of their lives as SOE agents was celebrated in a best selling biography of Odette and a film. She became the most famous British female agent on either side of the channel and the only woman to receive the George Cross, the highest civilian honour, while alive. All the other women were awarded their George Crosses posthumously. 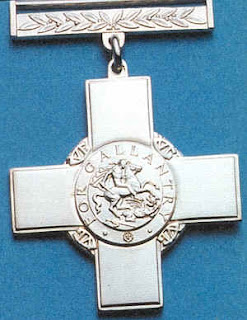 When asked how she coped with the torture and the solitary confinement she pointed back to her childhood when she was blind and paralysed and by the inspiration of her grandfather 'who did not accept weakness very easily.' Odette and Peter Churchill divorced in 1955 and she married for a third time that year. What I honour about this remarkable woman is the way she fought for recognition for her fellow agents and the respect with which she treated their memories even decades after the war. Every year she laid a wreath beneath the FANY memorial at St Paul's Church, Knightsbridge in remembrance of her colleagues who did not return. After her death in 1995 a plaque commemorating her life was added to the memorial.

Fascinating! What a woman. My mum drove trucks in the FANY but luckily for me & my siblings, never got further than Kent. She was court-martialled in 1941 for going AWOL to marry my father and wrote a book about it called 'Spam Tomorrow'.

Thanks, Janie. She was a fantastic character. Glad your mum didn't get further than Kent. Survival rates were very low!

Yes, what an amazing person. Thank you for telling her story - all young people should know about her.

Nicely told. I remember her story - and the film. She was a remarkable lady. There were so many unsung heroes and heroines of SOE. A book came out several years ago about some of the women - absolutely astonishing; and terrifying; I don't know how they did it. There's a small museum devoted to SOE in Beaulieu, by the way.