The writer, the spies and leaf-mould memories by Deborah Burrows

I first visited the museum at Bletchley Park, near Milton Keynes in Buckinghamshire, UK in 2014, and went again last month. 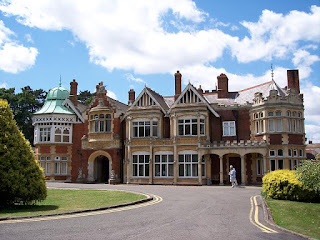 It is a fascinating museum, in many ways representing the triumph of eccentricity over evil. At Bletchley a group of dedicated men and women – many of them amateurs with a gift for crosswords or mathematics – managed to decrypt German secret service messages sent over the German secret coding ‘Enigma’ machines. They did so by building their own ‘Ultra’ code-breaking machine.
The official historian of the Second World War British Intelligence, Harry Hinsley, believes that the information obtained by the code-breakers at Bletchley Park shortened the war in the Atlantic, the Mediterranean and Europe by not less than two years and probably by four years.
[Harry Hinsley, The Influence of ULTRA in the Second World War, retrieved 10 September 2017] http://www.cix.co.uk/~klockstone/hinsley.htm

The reason for this was that once the Enigma code was broken Britain was able to read all the top secret communications of the German Military Intelligence, the Abwehr. This included communications relating to the arrival of German spies into the United Kingdom. Every spy who entered the country was captured as a result. Most of these were turned into double agents under the British Double-Cross Operation. From then on, all intelligence information received by the Abwehr was false intelligence and MI5 knew exactly what the Abwehr did with it.
Obviously it was crucial that the enemy remained wholly unaware of the breaking of the Enigma codes at Bletchley Park.
One of the most important men at Bletchley Park was MI5's Chief Cryptographer, Alfred Dillwyn "Dilly" Knox, a British Classics scholar and papyrologist at Kings College, Cambridge. He was a key figure in the breaking of the Enigma code in October 1941. He was also a close friend of Agatha Christie.

At the very time the Bletchley Park code-breakers were working so hard to break the German Enigma code, Agatha Christie was writing her first spy thriller. “N or M” was published in 1941, simultaneously in the UK and the US. In the book, the daring detective pair, Tommy and Tuppence Beresford, are recruited by Military Intelligence to find an evil fifth columnist or German spy hiding in a seaside resort. 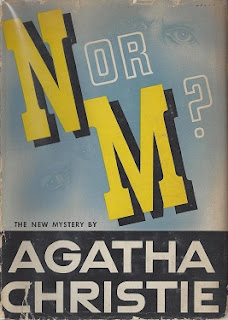 The blurb for N or M reads:

“The final words of a dying man ... the code names of Hitler’s most dangerous agents ... the elusive clue that sends that elegant detective team, Tommy and Tuppence Beresford, to a fashionable seaside resort on a mission of wartime intelligence. But not as husband and wife. As strangers, meeting by chance, setting an elaborate trap for an elusive killer.”

One of the main characters in the book is an annoying retired Indian army major who professes to have inside knowledge of the war. His name? Major Bletchley.
Chillingly, the plot of ‘N or M’ deals with unmasking German agents who had been sent to Britain. By the time it was published, Knox’s work in breaking the Enigma code meant that all German agents sent to Britain could be unmasked. Was Christie sending a message to the Abwehr? Or was it a strange coincidence?

MI5 was concerned about the naming its top secret installation in a popular novel, but it was loath to send agents or the police to interrogate Christie about her choice of character name, as this might bring damaging publicity. They did question Knox, who was dismissive of the idea that Christie knew anything at all about what was going on at Bletchley. However, he agreed to talk to her.

Over tea and scones at his home in Buckinghamshire, he asked Christie how she came to name her characters. Major Bletchley, for instance. Christie's reply was that she had been stuck at Bletchley Station on her way by train from Oxford to London and took revenge by "giving the name to one of my least lovable characters." [Richard Norton-Taylor (4 February 2013), Agatha Christie was investigated by MI5 over Bletchley Park mystery, The Guardian, retrieved 10 September 2017] https://www.theguardian.com/books/2013/feb/04/agatha-christie-mi5-bletchley

MI5 were apparently reassured by this explanation. I am less so. In the 1940s the "Varsity Line" went between Oxford and Cambridge through Bletchley, but it seems to me a most peculiar route to go through Bletchley from Oxford to London when there was a direct Oxford-London line. However, I accept that the UK railway service was in a parlous state during the war because of the bombings. Diversions and long delays for non-military transport were common and very irksome to travellers. Perhaps Christie's explanation for the name of the character is indeed the simple truth.

Christie took character names from all sorts of places. In a letter to a fan who had asked her the origin of Miss Marple's name, she wrote that it lay in a visit to Marple Hall in Cheshire, where Christie had once bought two Jacobean Oak chairs. The children's author, Beatrix Potter, lived close to Brompton Cemetary from 1863 to 1918. Apparently she used to wander around cemetery for inspiration, and it is telling that in the graveyard are tombstones engraved with the names of Peter Rabbett, Jeremiah Fisher, Mr Nutkins, Mr Brock and Mr McGregor. The Beatles discovered Eleanor Rigby on a tombstone in a Liverpool cemetery close to Strawberry Fields.

There is another, very interesting but probably not sinister, facet to the story behind the writing of "N or M". During the Second World War, Christie lived at the Isokon building in Lawn Road, Hampstead. An avant-garde building in which reinforced concrete was used in British domestic architecture for the first time, it attracted as tenants those who wanted a minimalist lifestyle, with few possessions. It is now accepted that the building was a haunt of Soviet Russian spies. It is estimated that between the mid-1930s and mid-1940s, around twenty-five Soviet spies came to live next to each other in the Isokon.

One of Christie's neighbours was Arnold Deutsch, a university lecturer who was the controller of the infamous group, Kim Philby, Guy Burgess, Donald McLean and Anthony Blunt. All four turned against Britain during the Second World War. [Alex Bellotti (3 April 2014) How Agatha Christie secretly lived amongst Soviet spies in Hampstead. Retrieved 10 September 2017] http://www.hamhigh.co.uk/etcetera/books/how-agatha-christie-secretly-lived-amongst-soviet-spies-in-hampstead-1-3520592 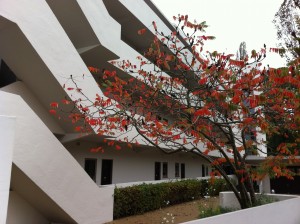 It is in that building, among those people, that Christie first tried her hand at a spy novel, so far removed from a murder in a vicarage.
The Isokon is not a large building and Christie must have come to know her neighbours. Is it mere coincidence that she should write her first spy novel when she was living cheek by jowl with real spies? Is it coincidence that she should give a character in that novel the name of the top secret establishment where British code-breakers led by her close friend were hard at work trying to decipher Nazi messages, including those relating to German spies in Britain?
J.R.R Tolkien is quoted as saying that a story:


“grows like a seed in the dark out of the leaf-mould of mind: out of all that has been seen or thought or read, that has long ago been forgotten, descending into the deeps.” [Humphrey Carpenter, J.R.R. Tolkien: A Biography (Harper Collins, 2011)]

Had Christie overheard something in the Isokon Flats that provided the seed for a story about spies? Had Dilly Knox let slip that he was popping off regularly to Bletchley Park? Or was it simply a strange coincidence that the name “Bletchley” allied to the idea of German spies slipped into the leaf-mould of her mind and took root?

[all photographs taken by me, other than the book cover which is from http://www.abebooks.co.uk/servlet/BookDetailsPL?bi=16728778815]
Posted by Deborah Burrows at 23:59

Welcome to the History Girls, Deborah! I lived opposite the Isokon flats in Lawn Road for nearly five years. I believe they were built with no kitchens.

Intriguing. But is there any other evidence to suggest that Agatha Christie was a Nazi sympathiser? It sounds very unlikely!

What a fascinating post! Living in a block of flats certainly makes you wonder about your neighbours and their rhythms and ways of life. Thank you.