A TIME OF FIGS by Dianne Hofmeyr. 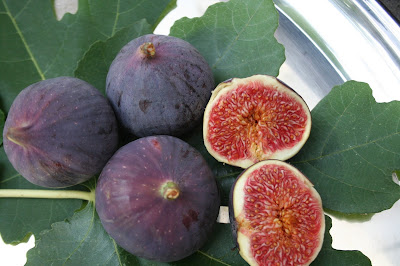 Penny Dolan says: I came across Dianne Hofmeyr's beautiful post on another blog and immediately wanted to share her words, thoughts and images with everyone here, so thank you very much, Dianne, for being my History Girls Guest today.

London is subdued in the last heat of summer as August draws to a close over the bank holiday week-end. The pavements lack children careering down on you on their scooters. The streets are deserted. The traffic is quiet. Street markets are full of bright yellow zucchini fiori, tomatoes of every colour and fat purple figs… but no one to buy them. Everyone is away.

On my tiny London terrace under a sparse fig tree stunted forever in its pot, the pages of my book flip close and I drowse through an imagined Sicilian heat. The landscape of aridly undulating hills of Tomasi di Lampedusa …


‘with no lines that the mind could grasp, conceived apparently in a delirious moment of creation; a sea suddenly petrified at the instant when a change of wind had flung the waves into a frenzy.'


Summer in London, is not the blistering 40 degrees of Italy or France that brings back frazzled families when schools finally reopen. I savour the peace with The Leopard under my nose. Drip by drip, Lampedusa feeds me the landscape and customs of the old aristocracy – Sicily that summer of 1860 when Garibaldi arrives. 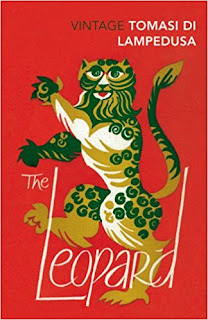 It’s not the Sicily of the five-star hotel high up on the cliff of Taomina with dramatic infinity pool and a view of Mount Etna and a wander through the tourist-filled main street up to the ancient Greek amphitheatre set above the limpid Ionian Sea.

To see Sicily the way Don Fabrizio, the Prince of Salina in The Leopard sees it, you must start with the chaos and contradictions of Palermo – the traffic, the grime, the washing hanging from balconies in narrow side streets, the scorched hills that surround it, the glimpse of sea, the architecture ravished by time and neglect, ancient baroque palazzi, interiors opulent with gold and mosaics, convents, churches and oratories on every corner reflecting Roman, Byzantine, Arab and Norman rule. 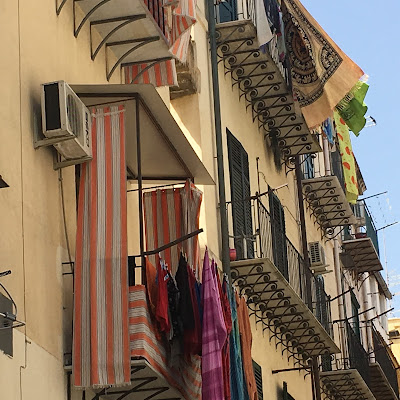 Describing a ball in one of the Palermo palazzi, the Prince savours the decaying grandeur.


‘The ballroom was all golden; smoothed on cornices, stippled on door-frames, dasmascened pale, almost silvery… It was not the flashy gilding which decorators slap on nowadays (this being 1862) but a faded gold, pale as the hair of certain nordic children, determinedly hiding its value under a muted use of precious material intended to let beauty be seen and cost forgotten. Here and there on the panels were knots of rococo flowers in a colour so faint as to seem just an ephemeral pink reflected from the chandeliers… From the ceiling the gods, reclining on gilded couches, gazed down smiling and inexorable as a summer sky.’


I've not seen that Palermo ceiling but in Noto I came across the ballroom of the Nicolaci family. The palazzo with its 90 rooms, (not unlike the maze of rooms Tancredi and Angelica get lost in, in The Leopard) makes me wonder how the nobility became so rich? In the earthquake of 1693 the entire town of Noto was destroyed – palazzi and people all lost and the town later rebuilt in the style of the day – Sicilian baroque. Of the noble families only a few remained and through intermarriage became even wealthier built on the shoulders of the tuna industry.


Under my fig tree I dream on... the salmonpink-washed walls of Modica at sunset. Modica, Syracuse, Ortygia – none play a part in The Leopard. They are names from my A Brief History of Ancient Times schoolbook. That incredible lofty Cathedral of Syracuse, the walls wrapping the Ionic pillars of an earlier Greek temple, the old Jewish Quarter close by, its narrow alleys where craftsmen still work, tinged with salt air. So mesmerised am I by the marble inlay of the ancient floor that I forget my iPhone in a pew which is later returned to me with a simple ‘Pronto’ when I call my number. 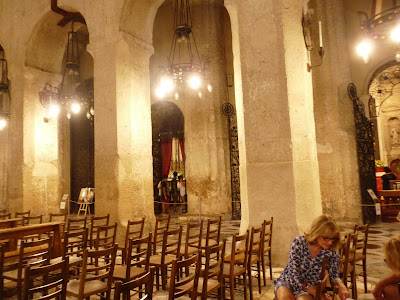 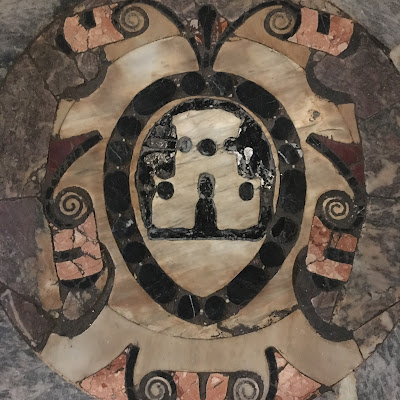 When I run up the worn marble steps from the harbour to retrieve it, my mind has skittered down another track. I think of the ancient ships arriving, the Greek sailors treading these same steps and Cicero describing Syracuse as 'the greatest Greek city and the most beautiful of them all.'

Yes… the quiet of August in London is as delicious as a fat ripe fig, filled with the dreams of blistering islands where the sun beats down 365 days of the year from an inexorable blue sky.

But a chill creeps into the closing lines of The Leopard.  When the mummified carcass of the family wolfhound is thrown out the window, the shadow of The Leopard hovers in Don Fabrizio's spinster daughter's words...


'its form recomposed itself for an instant; in the air there seemed to be dancing a quadraped with long whiskers, its right foreleg raised in imprecation. Then all found peace in a little heap of livid dust.'


A salute to all my past History teachers. Other books on Sicily: The Land where Lemons Grow by Helena Attlee and Syracusa recommended by Adele Geras. Do any History Girls or readers have any other recommendations?

Dianne Hofmeyr's picture book, Zeraffa Giraffa, about a Giraffe sent as a gift from Egypt to Paris in 1826, will be on stage at the Little Angel Theatre in Islington and the Omnibus in Clapham over the next nine weeks. Zeraffa Giraffa is illustrated by the artist Jane Ray, who also illustrated their forthcoming picture book: The Glassmaker's Daughter, which is set in Venice. Both books are published by Frances Lincoln.
Posted by Penny Dolan at 06:00

I was in Sicily in May, Di, and wrote a post about King Roger here:
https://the-history-girls.blogspot.co.uk/2017/06/king-roger-by-mary-hoffman.html

Gorgeous piece! We too were in Sicily in late April/early May. Love the wonderful memories you evoked and also reread Mary's piece, which was great too.

Lovely piece, it does evoke memories of visiting Sicily...

Just read your blog Mary and loved it! One of the things I found amazing was to find Roger's sarchophagus just standing there for all and sundry to go up to and touch in the Cathedral of Palermo. And yes the Capella is a complete jewel-box. The other thing I was intrigued by is that the Ortiga soap despite using the mosaics from Roger's Room was sadly unavailable in Sicily. I was hoping to come back with boxloads! Thanks for directing me to your blog.

A reliable blog always comes-up with new and exciting information and while reading I have feel that this blog is really have all those quality that characterize a blog to be a best one. Asd Sporting Lampedusa