March 1st is World Book Day, as I'm sure you all know. Like many other authors, I will be visiting a school, Coundon Court School in Coventry. For a writer, visiting a place that provided direct inspiration for a novel evokes a particular kind of nostalgia and Coundon Court did that for me..

Before I was A History  Girl, I was a bit of a Goth Girl. I wrote a few titles for Scholastic's Point Horror Unleashed series, beginning with Blood Sinister. Scholastic like my vampire story and wanted another book from me, something to add to the growing list of home grown horror that was the Unleashed, so I had to think of New Idea. 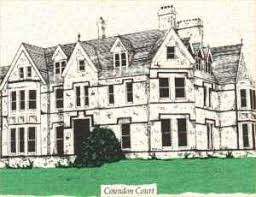 At this time, I was working in a College in Coventry. My students knew I was a writer and liked to hear about what I was writing. We got to talking about spooky stories, scary stories. Two of them had been pupils at Coundon Court School and they told me that there were stories about the school being haunted. Along with the rest of the class, I was all ears. Although most of the school was modern, it was based in and around a Victorian Gothic mansion which had once been owned by a local industrialist, George Singer, a manufacturer of bicycles and later motor cars.  After his death in 1909, the house passed into other hands, eventually being acquired by Coventry City Council. It opened as Coundon Court High School in 1953.


The house might have moved on but George has not.  Over the years, several members of staff have seen him in the Old  House. After one Parents' Evening, Janet Powell, an English teacher, glimpsed a middle aged man with greying hair and moustaches going into the library. At first, she thought it was a stray parent but when she followed him, he had disappeared. It was only afterwards that she realised that the figure she'd seen bore a remarkable resemblance to George Singer.

George Singer is not the only ghost to haunt the school. In 1907, a maid plunged to her death down the central stairwell. She has since been seen on the landing, a fleeting grey presence outside rooms that used to be the nursery and where children have been seen playing on a rocking horse...

A Haunted School! By the end of the ghost story session. I had my book. Not long after this, I  was asked to accompany a different group of students to - Coundon Court School. Writers don't believe in coincidence. It was meant to be. I began to recall other stories told to me by other students. As a teacher, I was naturally interested in oral history, story telling and ghost stories often figured prominently in these sessions.  The ones that intrigued me most were the stories that the children told to each other, the ones that had to be coxed out of them. Every school has ghost stories, even if it's only haunted toilets, but some are more - unusual. The first school I taught at in Coventry was a new school, no spooky history, but all the children believed that the sports hall was haunted by a girl who had been killed after coming off a trampoline. At exam time when assemblies were held in there, a certain spot on the floor was always left clear, no matter how often pupils were told to move along.

The next school I taught at was a modern school built on an old site. There had once been a monastery there and later a mansion, rather like Coundon Court. All trace of both had disappeared, except for landscaped grounds and an ornamental lake. The children had stories to tell of monks and nuns, cowled figures, women in white, but the most intriguing story of all centred around the woodlands that spread from the school grounds to a nearby common. In there, were nine steps, so the legend said (or five, or seven - depending on who was doing the telling). If you found the steps and went down them and  failed to jump the last one, you would go straight to Hell... Like the girl coming off the trampoline, this would not be found in any collection of Ghosts and Legends. It was their story. 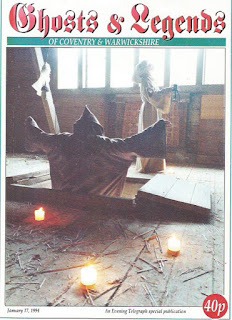 I had plenty of material for my haunted school story and more if I chose to expand it out into the city itself. Coventry has a long history and as M. R. James observed, history is never far from the ghost story. 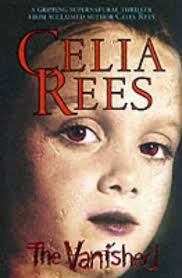 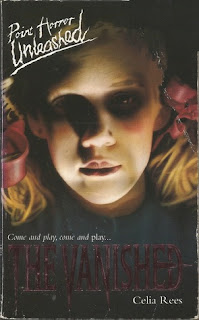 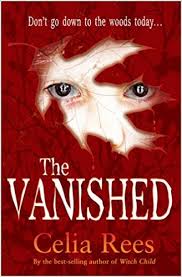 Such an interesting post, Celia! Fascinating to discover that it doesn't take long for even a modern school to entertain a ghost too.