Down the Rabbit Hole: Researching for Historical Fiction - By Anna Mazzola


As I regard the enormous mound of books I’ve already read in preparation for my third novel, I find myself wondering: am I doing all this research in order to immerse myself in the world of my characters, or am I just putting off writing the darned book?

I think any writer of historical fiction would agree that research is important. You have to understand the period about which you’re writing, and it’s by evoking a realistic world that you draw the reader into your story. But how much research should you do? Should you research in depth before you begin, or only as you go along? Crucially, how do you avoid getting lost down a research hole?

Catherine Hokin says, 'I research masses at the start and then it's ongoing as I realise what I don't know.' Laura Shepherd-Robinson starts by reading one or two books for inspiration while planning and plotting. 'Then I stop researching altogether when I write the first draft, only doing more if I need it for the plot.' Claire Fuller says, 'I never research before I start. Just little bits as I go along.' Meanwhile Ben Johncock advises researching ‘as much as you need, that is: as little as possible’, and Linda Stratmann says, 'I don't decide in advance. I go where it takes me and have fun along the way.'

Many have fallen down the research hole. Rowan Coleman admits to spending an entire day researching 17th century bee keeping for a single paragraph. SD Sykes spent two days investigating 14th century Venetian chimneys, or rather the lack of them. Where did the smoke go? She never found out. Nor did the point make it into her novels. William Sutton read a biography of Henri Dunant and two biographies of Disraeli for a novel that ultimately featured one conversation with Disraeli and nothing at all about Dunant. I myself spent months researching 19th century convict ships for my first novel, The Unseeing, only to throw out almost the entire section that was set on a convict ship.

Even the great Hilary Mantel acknowledges it can be difficult to let go of the facts and move on to the fiction. In her first BBC Reith Lecture she noted, 'I didn’t like making things up, which put me at a disadvantage. In the end I scrambled through to an interim position that satisfied me. I would make up a man’s inner torments, but not, for instance, the colour of his drawing room wallpaper.'


My own approach is to do quite a large amount of research at the outset in order to spark story ideas, to feel reasonably confident about the world I'm creating, and to be able to map out the broad plot. I want to be sure that my plot and my outline characters are plausible and don't lead to months of rewriting further down the line. (Although of course there are always months of rewriting further down the line).

Then, as I write the terrible first draft, I note down further questions that I need to answer. I try to avoid doing too much research during my writing time, as it's far easier to research than it is to write, and I find that my two hours' writing time has somehow morphed into two hours reading (and tweeting) about some obscure and ultimately irrelevant point. 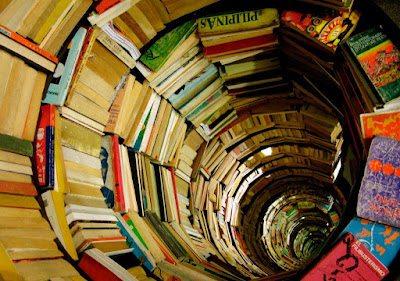 How to drag yourself out of the research hole

Having fallen down into Wonderland, how do you climb back out?


To prevent myself from remaining in the research warren I find it useful to set a weekly and daily word count. If I have to write actual words, the amount of time I can spend researching 18th century cooking is limited, albeit glorious. I also determine the cut-off date for my main research, marking the point I must plunge into the novel.


As Emma Darwin points out in her excellent Get Started in Writing Historical Fiction, it's important to remind yourself of the point of research, which is, she says, to ‘fill the larder of your imagination with food and fuel for your storytelling mind.’ The fact that the larder is full doesn’t mean you have to use everything in it. In fact, you won’t use most of it at all.

Tracy Chevalier says 'Think of it this way: the research is not really for your readers, it's for yourself, so that you understand the time and place and people you're writing about. All the reader really needs is to feel confident that you know what you're talking about; they don't need the specifics. So by all means do research and take notes and talk to experts and look at paintings and visit places. Absorb it all. Then set it aside and write the story.’

I think that’s key. It’s very easy to let research become procrastination – to convince yourself that you can’t possibly write your novel unless you know what kind of potato your main character would have been peeling in Part 1, or what kind of horse they were riding and whether they were in fact riding it side-saddle. I know someone whose work on a particular novel stalled entirely due to not being able to work out the laws of property inheritance in 1910. As far as I know, she's still stuck in 1910.


It's tempting, having spent months researching some particular subject, to find a way of shoehorning it into your novel. Don't. It’s obvious when writers do that and it takes the reader out of the story.

Val McDermid has a rather lovely tip, which is to ‘Only use historical detail when you would use that same detail in a contemporary novel.’ If you wouldn't describe the car someone is driving in a modern novel, why are you expending three paragraphs on the coach and horses in your Victorian mystery?

Trust the imagination of your reader. You don’t have to research for two days what kind of writing bureau your character uses, then spend a page describing it, in order for the reader to see it.

Ultimately, it's the story that they care about. It's for the characters and their journeys, rather than your descriptions of the cornicing, that they're reading the novel. So do the best you can with your research. Then leave it behind and write the darn book. 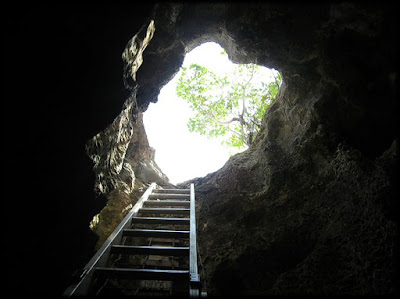 Anna Mazzola is a writer of historical crime fiction. Her first novel, The Unseeing, was published in 2016. Her second, The Story Keeper, will be out in July.

https://annamazzola.com/about/
Posted by Anna Mazzola at 17:33

Interesting. What counts as research? My 'inspiration' has often, maybe always, come from subjects I was reading about anyway, from general interest. Is that research or just reading?
If something does spark an idea, I don't usually do much further research. I don't actually enjoy it much, as it can mean leaving my cave and mixing with people. I just guess and make stuff up -- at least until I'm sure I have a book.

Then I might go to some trouble to check that my guesses were at least within sight of something like truth. If I was writing about 17th century bee-keeping, I can imagine spending a day checking one small point, if the book had reached this stage.

But in the end, if something can't be checked, the story's more important than the facts. - Though if I were writing about people who had actually lived, I might feel differently.

Everybody has their own ways. I write some non fiction, and right now I’m researching Apollo 8 for a potential article. I’ve been known to read entire books for a single article for a children’s magazine. It never goes to waste, my last article, I wrote my first draft while researching. That was because I already knew something about the subject and had written about it before. But I wanted to get it right. I’ve done only short historical fiction, not books, but immersed myself in books, web sites, historical newspapers and even YouTube videos(the story was about the 1964 Beatles visit to Melbourne) before starting. And it helped, it wasn’t procrastination. Once I started I knew where I was going. Sometimes the research materials even give me extra ideas.

I do far too much research. But it's so interesting...

Thanks for your comments. I too do far too much research, and you're right that it's probably never wasted time, but it does cut down on available writing time! I've now left the main research and plunged into the novel, making notes as I go along of what further research I need to do.