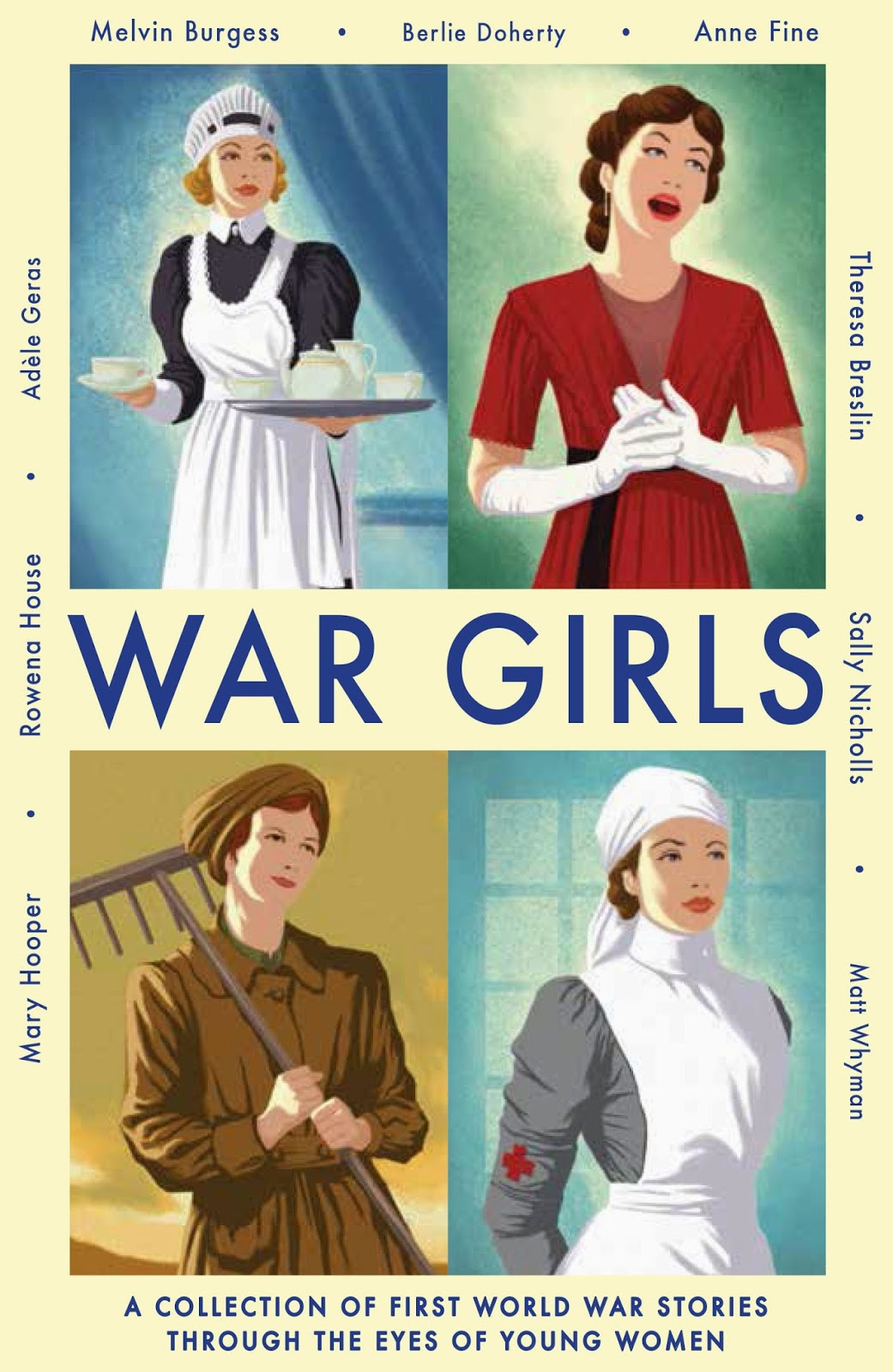 My own story, Shadow and Light, is inspired by the artist and volunteer nurse Norah Nielsen Gray. Norah was born in 1882 in the Scottish seaside town of Helensburgh. She grew up there showing early artistic talent, and when the family moved to Glasgow, she studied at the Glasgow School of Art. The inspirational director at the time encouraged women to attend even on a part time basis, and appointed a special ‘Women’s Warden’. (I’m not sure whether the thinking behind this was to protect the women or the men!) Norah was noted for her portrait painting and while still a student had a picture accepted for the Royal Academy. She was also acclaimed for her use of colour and this was one of the slender threads of information that glowed brightly when I was collating facts for my story.
Of course, like many stories, the origins of Shadow and Light lie in the past, germinating for years before they coalesce into something which might produce a piece of work. Writing The Medici Seal meant that I had studied Leonardo da Vinci’s technique of sfumato. Doing book notes to be included in the recently published new edition of Remembrance  meant that I’d returned to the Imperial War Museum in London last year. Although the galleries were operating under restricted access due to the WW1 refurbishment, some rooms holding relevant paintings were still open. It was one of those serendipity things where, if the main sections dealing with war had been available then perhaps I wouldn’t have spent so long with the paintings - looking again at stunning canvases of John Singer Sargent, and then browsing in the shop and finding the book, Women War Artists.  During World War One only 4 women were commissioned as official war artists as opposed to 47 men! The employment terms for the women were more severe and in the 1919 Exhibition out of 925 works a mere 15 of the paintings were by women.
I read the book and thought - surely there were more women painting images of World War One? Trawling the Internet I came across Norah Nielsen Gray who, despite having no commission, painted war scenes. I looked at her paintings and read about her life and got that shivery feeling when you realise that you’ve stumbled on something. She wasn’t only a significant major artist she was also brave - while leading a successful and comfortable life she volunteered to join the Scottish Women’s Hospitals as a nursing assistant.
These hospitals were set up in France by Dr Elsie Inglis, a British doctor and suffragette based in Edinburgh who pioneered medical care for women. When war broke out Dr Inglis approached the British government with an offer to help, but was told to ‘go home and sit still’ (!) She then wrote to the French government and under the auspices of the French Red Cross established two hospitals staffed with women: doctors, surgeons, ambulance drivers, admin staff etc. { Note to self: Dr Inglis deserves a blog all of her own}
Norah became one of Dr Inglis’s team of women hospital staff based at Royaumont Abbey Hospital just outside Paris and there she painted in her spare time. When the war was over the Imperial War Museum, recognizing her talent, wanted to purchase one of her paintings -  a scene inside the hospital – as it was thought that the War Museum should have a record of what was done “by the British for the French Army in the way of Hospitals”. Norah was a feisty women and insisted that the painting should be acquired for the General Section and not be put into the ‘Women’s Work’ Section, as the museum proposed. They responded by saying that the purchasing budget for the General Section had been exhausted. Norah refused to let them have the painting which is why, (and also thanks to the efforts of Argyll and Bute Area Librarian Pat McCann), it now hangs in the Gallery of the West King Street library in Helensburgh.

The painting, Hôpital Auxilaire D’Armée 30, Abbaye de Royaumont, was gifted to the people of Helensburgh by the artist’s sister, Dr Tina Gray, on her death in 1984.
More information here http://tinyurl.com/ndm94qy
A year after Norah refused to give them this painting the Imperial War Museum commissioned her to paint another record of the staff at the hospital. This version now is now part of the Museum’s collection.

For my purposes more research was needed: getting out my archived WW1 notes, poring over old maps of France to locate a fictitious ambulance base somewhere between Amiens and Albert – quite deliberately to be directly in the line of the German breakthrough during their Spring Offensive of 1918. It was not British Government policy to place women in the front line so I had to contrive a means whereby my characters would be in real and active danger. I had to take time to tease out the characters, for although Norah is the inspiration this is not the story of her life at all. I have made my young artist drive an ambulance as many women did. She has her own family and back story. And here I must pay tribute to the editors at Andersen Press for their patience while I wrestled with various ideas.
So, my story is about a young artist called Merle who, in the autumn of 1917, arrives in France with her friend Grace to work as ambulance drivers. Back story is dribbled in as they acclimatise and move south in the company of one Captain George Taylor with whom Merle has an immediate clash.
Without over emphasising the horror I’ve been as true as I can to the conditions in which these women worked. Merle paints when she can, but the sights and sound of the patients she transports from the hospital trains is with her and the war is moving closer each day until finally Albert falls. The German army breaks through the Front Line and is advancing rapidly just as another hospital train is due to arrive at the railway station…
Throughout the drama I’ve tried to weave the glowing thread of colour and artistic interpretation that first alerted me to the potential of the story.
I hope you enjoy it and the other stories too – they are, as it says in the blurb,

…moving portraits of loss and grief, and of hope overcoming terrible odds

Thanks Sue, it's an anthology worth reading.

Have pre-ordered it - looks fascinating.

These war girls are really brave, and the work they did is really great hyderabad Independent Escorts

Bollywood News, Bollywood Gossips, Indian Actress and Actresses are the best place to know about Indian entertainers who can just reach all bollywood quality.