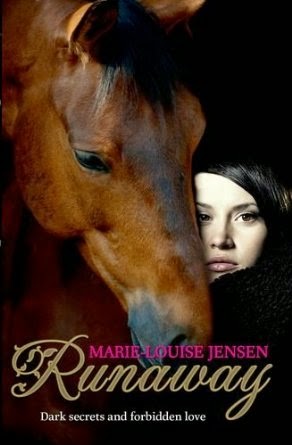 Researching 18th century roads in England for my most recent book was a fascinating learning experience. I'd read of poorly maintained roads, of course, and of toll gates and pike roads, but they were all vague terms that swirled about in my mind rather. I'm far from an expert now, of course, but I did learn some interesting things.
Last year, there was  flurry of talk in the media about privatizing the roads. It then went away and hasn't (to my knowledge) been talked about since. So I imagine the next we will hear of it is toll booths being erected all over the country and an outcry about roads having being sold off to foreign investors. Who can tell?
What is interesting is, that it wouldn't be the first time that roads have been put into private hands in the UK.

In the 17th century, most of the roads here were in such an appalling state that travel was a penance. It's hard to imagine just how bad appalling is. Imagine the narrowest, most rutted and muddy lane you've ever seen, completely impassible for cars, send a riding school along it with big trains of horses every day, add a few herds of cattle and you are probably accurately visualizing one of England's main 17th century thoroughfares.

Maintaining the roads was the responsibility of the parish through which they ran. Each parishioner was obliged to give a number of days labour per year to maintain the road and a local squire would be appointed to oversee it.
As with any voluntary, unpaid task, adherence was patchy (like the roads!) And for practical and financial reasons only local materials were used, so in boggy areas, you'd get boggy roads.
Another huge problem was that in a populous parish with a little used road, the road would probably be fine. But there were sections of the great North Road, for example, that passed through scantily inhabited parishes where it would have been a full-time job for the few residents to maintain the roads adequately.
Thus as travel increased, with a growing economy and early industrialization, the system didn't work.

In the early 18th century, the government began handing over sections of road which were to be maintained in return for charging travellers toll.The Turnpike Trusts, and the turnpike roads, were born.
Initially, this scheme was so successful that it was quickly expanded. The turnpike roads helped speed up travel considerably.
In the long run, many of the problems we see today in privatized services surfaced. Some trusts maintained their roads meticulously, others pocketed the money and let the roads go to rack and ruin. Travellers were furious at paying toll for such roads and eventually road maintenance was taken into government hands.

The road my runaway flees on is the Great Western Road, or what was also known as the Bristol Road or the Bath Road which ran westwards from London. Although this, of course, is only the start of her travels. But more about that in later posts.
Runaway is published by Oxford University Press on 5th June 2014
Posted by Marie-Louise Jensen at 01:52

I think travel is one of the trickiest things; working out how long it would have taken people to get from one place to another, picturing the roads, imagining what it must have felt like to travel for hours in a bumpy coach. Thanks, Marie-Louise!

I'm always amazed at how narrow older roads were. There's a section of the old road over Trent Bridge in Nottingham preserved on a traffic island and whenever we pass it, I always think 'How on earth did they get even a single horse drawn cart over that!

Very true - and even if you're writing of people on foot, you have to think, what's the terrain like? The weather? Will the rivers have bridges, or fords? What age are the walkers and what state of health? How much are they carrying? - It all makes such a difference.

It's tricky indeed. My character travels on foot, with pack-horse trains and in a carriage and the journey times were really tough to work out. The pack horses seem to have been the swiftest and the wagons the slowest.
The narrowness of the roads was one reason why wagons were pulled by horses at length rather than in pairs, Elizabeth. Even though it was less efficient. But more on that next month! :-)

Karl Moritz's account of walking through England in the 18th century is very good for all the little details.