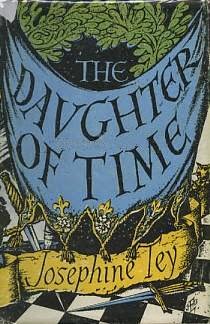 I’m writer in residence at Plymouth University at the moment and am thoroughly enjoying myself. Mostly I’m there to try and give students some insight into writing as a profession and supplement their already excellent teaching of creative writing. I’ve done talks such as ‘How to write a prize winning short story and why you should’, and ‘A writer’s year’ for instance. Tomorrow though, I’m going to talk about researching historical fiction with particular reference to 'The Daughter of Time' by Josephine Tey. This is for a module that some of the English students are doing on Historical Fiction. I rather wish I was doing the course - it looks like a fascinating opportunity to study the interplay between fiction and recorded history.

For those that don’t know the novel, ‘The Daughter of Time’ is about a policeman, Tey’s regular detective Alan Grant, who is stuck in hospital after breaking his leg during a chase and is very, very bored. His friend, the actress Marta Hallard, who knows his love of faces and mysteries brings him a collection of prints - portraits of individuals concerned with unsolved historical crimes - to distract him. After rejecting a few he lights upon the portrait of Richard III. When he looks at the portrait, he sees no sign of the villainous, and is disturbed to discover who it is. He begins asking his visitors, the nurses and his doctor what they think of the portrait, what they know of Richard and his crimes, and sending them out on research errands works his way through the standard accounts of the Princes in the Tower. Soon he recruits an available and amiable researcher, and is able to probe the sources a little further.  He ends up convinced that the accepted story is a lie, and that Henry VII was the real villain of the piece. As a wider point he also learns to question a lot of accepted historical truths.

Tey, and through her Grant, are so persuasive that many of her readers joined and reinvigorated what is now The Richard III Society. 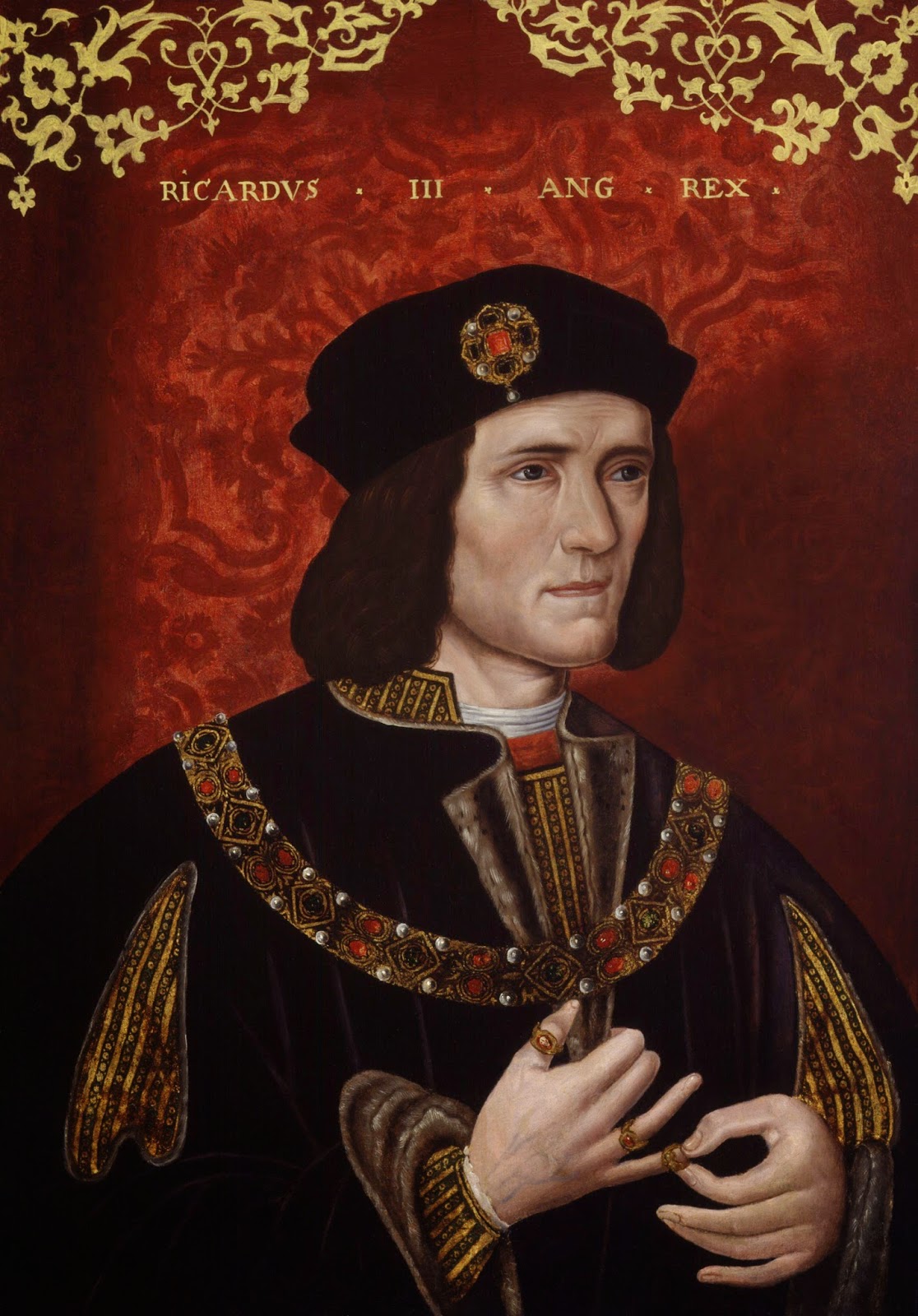 What strikes me as a writer of historical fiction and of crime when reading the novel, is how Tey manages to have her cake and eat it. Several cakes. This is a detective story without threat, action or suspects - not ones alive at the time is story is set anyway. It is a work of historical revisionism without being a history book, and it is a piece of historical fiction (well, it has bits of historical fiction in it), without having to create a convincing portrait of 15thc characters and their world. Hardly seems fair. Nevertheless it is an excellent and thought provoking novel.

It works, I think, for two reasons. One is the considerable charm of the writing. Someone is always coming in to talk to Grant and his discoveries are dramatised in his conversations. Tey manages to show not tell, while telling. These cameos are neatly and amusingly drawn as are the politics of floral gifts, Grant's boredom and the shock of his guests when they realise the accepted facts of history are not as sacrosanct as they thought. The text is also studded with arch references - Marta is annoyed because the author she wants to write a play for her is doing ‘one of her awful little detective stories’ instead. Grant knows about Richard II because he saw the play Richard of Bordeux several times. It is a play Tey wrote herself under her other pen name, Gordon Daviot. There are various casual, caustic asides about different popular fiction genres.

The second reason the novel works is that it does do the one essential thing quality detective novels and historical fiction should do. It makes you question your beliefs and look again at the evidence. There is always an element of sleight of hand in detective fiction, you want the reader to think one thing, then find out they were wrong. Tey is reminding us that many of the individuals who created the story of history were as unreliable as the distraught fiancée in an Agatha Christie. Equally the best historical fiction is there to remind us any period is made of of the experiences of individuals, and those individuals and experiences have always been a lot more varied and complex than the flattened history of school books has room to allow.  She’s also reminding us of of the importance of approaching any received wisdom with both sympathy and scepticism.

Lovely book! I discovered this in Year 11, through my English teacher, when we studied the Shakespeare play. And yes, I joined the Richard III Society. I have reread it many times and rather like the idea of "Tonypandy" as a term for something everybody "knows" but which is complete and utter nonsense. I liked the fact that you had an entire murder mystery being solved without ever leaving Grant's hospital room. You couldn't write it today, really. Grant would get hold of a tablet computer and look it all up online. Or he'd demand the tablet computer and do his paperwork. Phee certainly wouldn't need an earnest young research assistant.

That novel is both my joy and my bane. It propelled me into historiography when I was a teen and it made me realised I'd learned just a scrap too much historiography to trust its conclusions a few years later. I still love it, but mostly from nostalgia.

As a reader of crime I read this book worried about the shear lack of crime, I was still in primary school and took it all as fact, and was cross that Richard III got such bad press!
Years later I studied Richard III as part of my O'level Literature course and enjoyed seeing both fictional sides of it finally, but I must confess to having a soft spot for Poor Richard ever since and it was the first historical book I ever read.

This is one of my fave Tey novels. I've refused to read or see Shakespeare's play ever since I first read it. (Though I'm going to have to break that rule for The Hollow Crown II since one of my fave actors - Judi Dench - is in it!)

Oh, go on, see it! It's a wonderful play, as long as you treat it as fiction. It's no worse than some of the Hollywood historical films in that respect. ;-)

Well, as I said - Hollow Crown II has done R3, and Dame Judi's in it so I shall HAVE to watch it (darn you BBC! Darn you Cumberbatch for talking her into it!) - can't miss my fave Dame doing Shakespeare...

Wonderful post on a wonderful book, which I loved as a child and love still. But a great read in conjunction with Shakespeare. By the way, if any one is ever passing the Battle of Bosworth, especially with children, the visitor's centre there is brilliant.