William of Orange - by Gillian Polack


I promised you a touch of romance and some stories. The story begins, of course, with 'Once upon a time...'

Once upon a time, a teenager fell in love with a character in a series of stories. Being a geekish type (before there were computer networks to shape this love) it was a quiet and gentle addiction. The character’s name was William. Or Guillaume. Or Guilhem.

I met him first in 1980, when Anne Trindade introduced me to my very first Old French epic legends.

Old French epic legends rock. They have so much going for them. They're politically incorrect, violent, funny, tragic, and addictive: I’ve never got over them.

William appeared in a range of epics, so my teen self had a William for every mood. There was a politically incorrect William, who terrorised Saracens, and he was the violent William as well. There was the romantic William who won his bride and the humorous William who stood patiently outside the gate of the city trying to convince his wife to let him in “Why should I?” she asked, quite reasonably. “How do I even know you’re my husband? He’s been away so long I’m not sure how to recognise him.” There was the political and charming William, who was counsellor to an old king and supporter of a young one.

If I’d been a normal geek, I probably would have found Roland (with his stupid bravery) or Olivier (who was wise, but far too trusting) more interesting. When I was in my late teens I found that it was far more tempting to fall in love with someone who had his life under control and whose sense of humour was somewhat warped and who was complex. I wasn’t at all tempted by the simple idiot who died in the pass at Roncesvals because he was too vain to blow a horn for help. My hero was the miracle worker who defended himself against false-brigands by ripping the hind leg off his transport, and put the leg politely back on (no harm done to any except the thieves) when he was finished. William was a hero, with all the wrong (killing is still killing) and right (bravery, cunning, and a late-in-life tendency to miracle working) that made his legend what it was. He also had that wife to keep his ego in check. She mocked his nose and locked him out of his own town. She made sure his whole army knew that a marriage needed work from both sides.

William wasn’t just a figment of the Medieval imagination. He was real, and the monastery he retired to is real, and I’ve visited it. Here, have a picture of it. 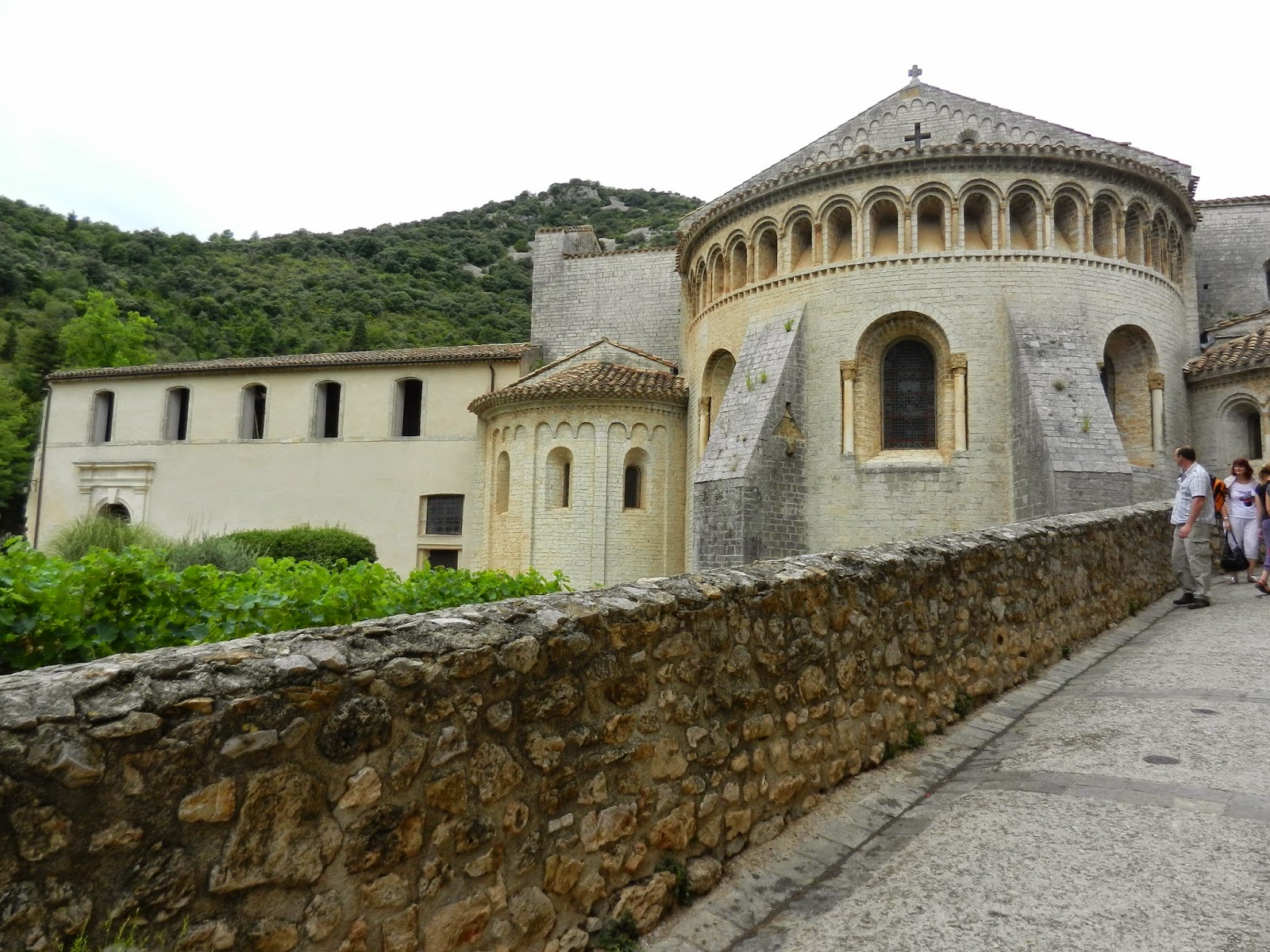 Who was the man who founded that monastery? Why did he inspire all those amazing stories?

In Languedoc, his name is Guilhem, and he is a saint (feast day, May 28). He did indeed found that monastery and, in just in a moment, I’ll give you a picture of his bones which can still be visited in the church he built.

Before he retired, he was one of the most important men in western Europe. He was part of Charlemagne’s big reform movement in Europe in the second half of the eighth century. He actually fought those Saracens: he was a leader of the Christians who fought back against the Muslim holy war. Still not politically correct (for it was outright war, on both sides), but he was one of the main leaders who drew the geographical border between Christianity and Islam.

He did much more but this, and the founding of the monastery are what gave rise to the romantic and violent tales, a couple of centuries later. The first story about him is the English Song of Willame: the earliest bits of it may date as early as the eleventh century. It’s possible that one of the two wives apparently mentioned in his will (which I haven’t seen, and I’m curious about) was actually a convert from Islam and that the heroine who refused to let him enter his own home until he realised what an idiot he had been, was very real.

William (the real one) retired to Gellone around 806 and he died there. Let me introduce you to him. Reader, meet William. 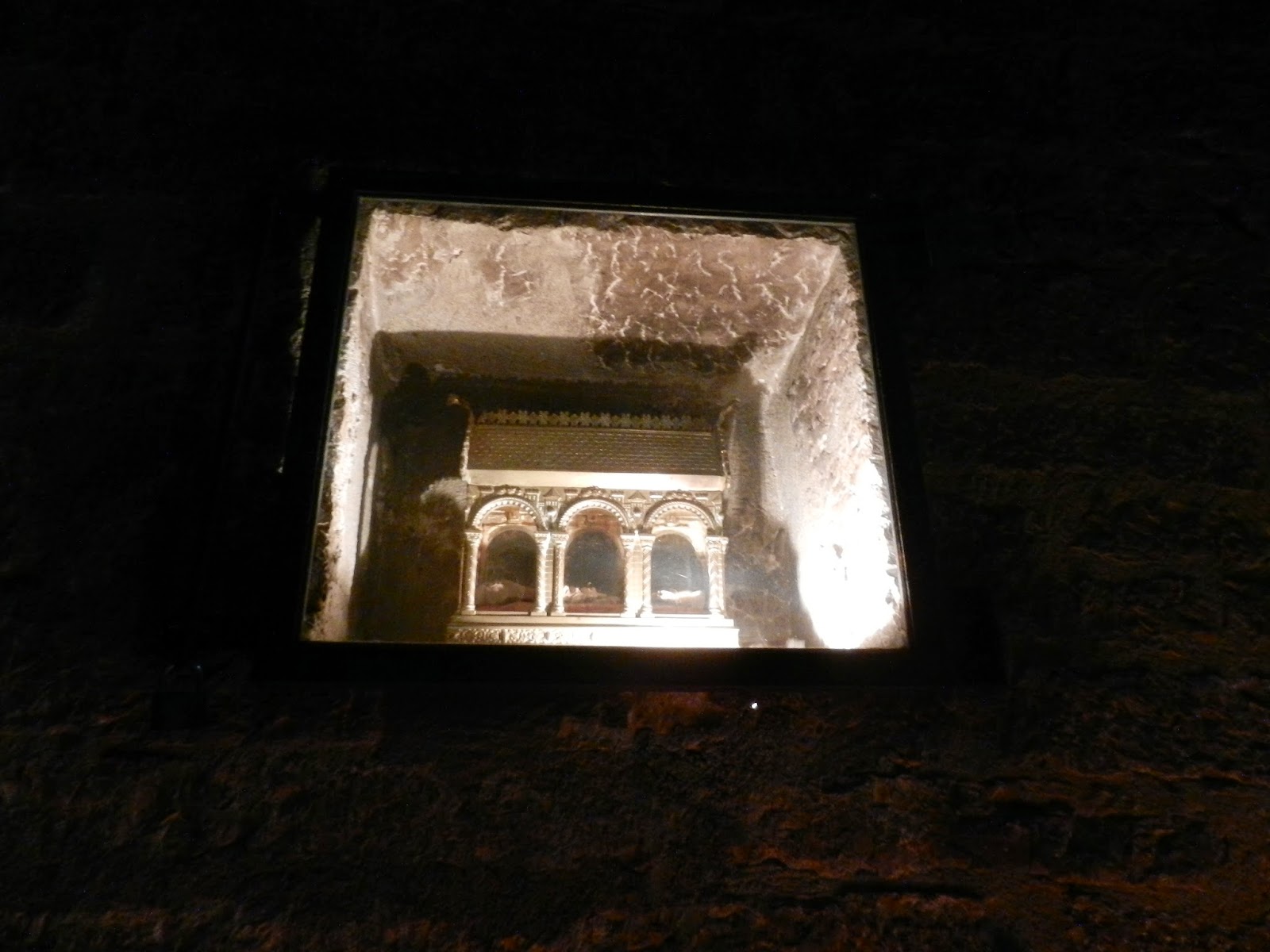 I chose the location of my novel Langue[dot]doc 1305 purely so that I’d have an excuse to visit William. The town he founded is exquisitely beautiful. Sometimes our teen crushes are very fortunate.
Posted by Gillian Polack at 00:02

Yeah, Gillian, any excuse to work your teen crush into your fiction! ;-) I'm reading and enjoying the novel in ebook right now.

I believe that good things are best shared! Although, I admit, he's only peripheral to the novel.

Very interesting and I definitely prefer your William of Orange to the later king of that name! I stayed in Orange for a week on a school visit when I was 15 and sadly don't remember the specifics, except for the juxtaposition of modern and Roman and the wonderful climate where heat didn't really feel like heat because it didn't have the weight of humidity like the UK. The landscape being both modern and ancient was timeless.

Fascinating! I'd never heard of him, but I want to know more, now.
(and I like the sound of your novel, too....)