The Language of Clothes by Alison Lurie Catherine Johnson 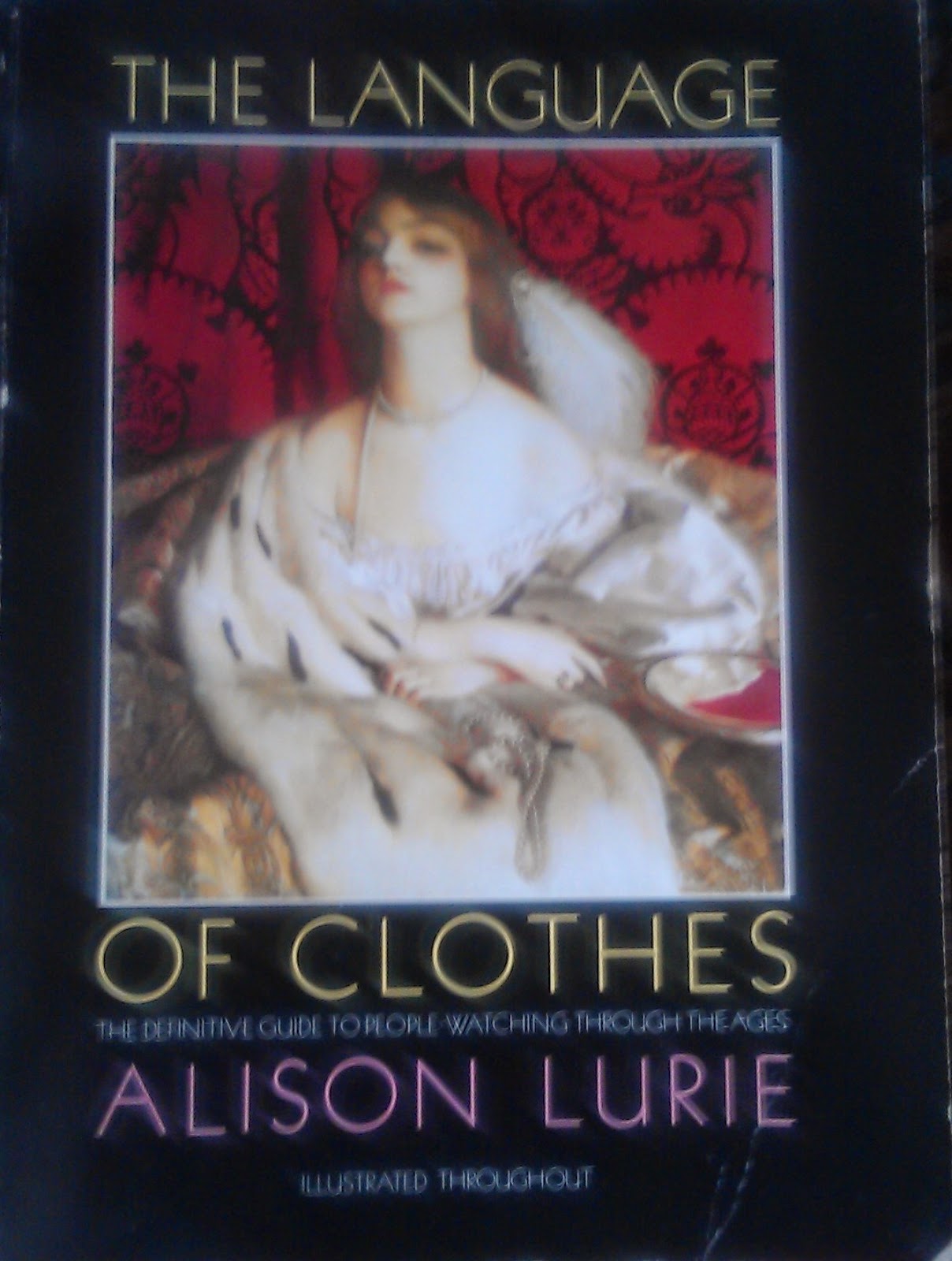 I thought I'd share one of my most favourite and useful books; The Language of Clothes by Alison Lurie (yes that Alison Lurie) and it's a dream of a read, accessible as well as heavily and lavishly illustrated.

I was thinking about last years Fair Isle post, and almost posted a short story that was inspired by a visit I made to the island over 30 years ago when I was researching my thesis. Yes, it  was knitting based, but I was on a film course.  And I couldn't have done my thesis without Alison Lurie's wonderful book. It was published in 1982, just at the time I needed it and one of my tutors at St Martin's School of Art recommended it to me.

Alison Lurie is a wonderful novelist and writer, she's a Pulitzer Prize winner and  her fiction includes The War Between the Tates, filmed as The War of The Roses.

I know that many of us came to historical fiction partly through clothes and costume, (or is that just me?).  But it really has to be said that fashion is always political, and women have used dress to express themselves sometimes when it was the only avenue open to them.  Corsets, heels, how we wear our hair, how much we reveal about ourselves, or how much we hide.  It's all completely fascinating.

Having re read the book,  I have to admit it can seem simplistic and obvious at times, especially about colour  - blue's for fidelity work and service, red for love and anger. But she's useful on the differences of black - Modern Bohemian, Dancers' and Brando Black. She looks at concealment, at how clothes unite and divide, the decline of the symbolic hat and much more.

If you don't have a copy I cannot recommend it enough. My one cavil is that it could do with being throroughly updated and expanded. It looks at fashion very much from the North American/ North European point of view at the close of the twentieth century.

These days there are far fewer clothes 'tribes'. Older women (me!) dress much the same in our 50s and 60s as we did in our 30s. Nightwear as street wear seems far more commonplace.

And clothes in cities have changed not only because of fashion and music but because of culture too. I knew so many little girls desperate to wear trousers AND dresses at primary school in East London in the 90s.

And There was a programme on  Radio 4 this morning  that illustrated this point beautifully.  Hip in a Hijab http://www.bbc.co.uk/programmes/b04wwtsn . The presenter interviewed London girls from two schools I know well, Central Foundation in Bow and The Mulberry in Whitechapel and addressed, amongst other things the current fashion for enormous headscarves, one girl referred to this as 'like a beehive only with scarves,'.

The politics of clothes and hair in the 21st Century is ripe for addressing.  Black Hair especially is incredibly political - if you are interested a good starting point is the film, Good Hair.

In the meantime, until that book comes out, read this. It's lovely.

What wonderful serendipity - I bought this in a charity shop years ago for my general shelf. It doesn't feature much about my core period - 12th century, it's focus is elsewhere, but I recently featured it on my research book feature on my Facebook page!

Please do a post on the politics of black hair - we raven-haired ones need to know!

Really enjoyed reading this. Big Lurie fan but haven't read for years. And yes, I agree re hair. Looking forward to listening to Hip in a Hijab. I love seeing how fancy girls manage to get within the confines of a school uniform!

It sounds fascinating! What time span does it cover? I'm interested in 14th Centuary?

I must read this! I'm a huge fan of Alison Lurie's fiction (and her non fiction book on children's literature is interesting too) but somehow I've never come across this one. Her novel "The Truth About Lorin Jones" has a lot of insights into the art world (and is very revealing of character through clothes, come to think of it) so I can imagine her take on fashion would be fascinating.

I did once read a piece by Lurie about how her own clothes choices had changed as she grew older - will see if I can find a link.

Thanks for comments - I've been away all week and haven't got back to this. Words in a Day I don't thin it's the book for you, she looks at meaning rather than a epoch by epoch description. Hope that helps
xc