MORONI: the portrait as a portal to the past – Elizabeth Fremantle 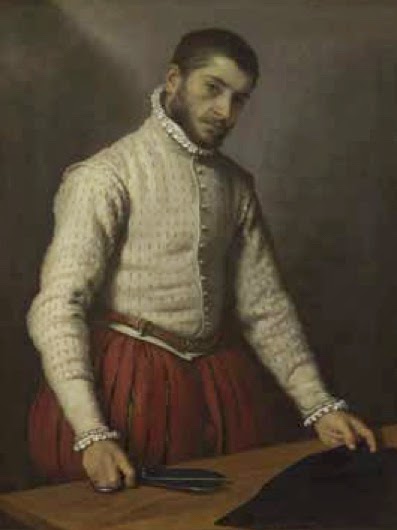 I discovered Giovanni Battista Moroni when seeking inspiration for characters and atmosphere for a novel I was writing, set in the late sixteenth century and encountered his tailor in the National Gallery gazing out at me through time. Often the sitters in Italian portraits of this period seem trussed into their finery, worn by their clothes, displaying their status, but not this tailor. Rather, his white notched doublet, cut in the fashionable peas-cod style looks worn in like a favourite garment, slightly baggy at the elbows and a little creased, and not at all alien as garments such as this often do in portraiture, stiff and peculiar and uncomfortable. The ruff too, is small and unobtrusive and an ordinary, thin leather belt follows the contours of his waist. Indeed it is only the hose, voluminous and slashed, like the hideous bubble-skirts of the eighties, that seem unfamiliar reminding us of the four hundred and fifty years that separate us from this man.

He gazes at us with a beguiling directness, as if he has overheard us talking about him and wants us to know.  He appears confident in his everyday clothes, with no need of the accoutrements of status to shore him up. His head is tilted slightly, his hair cropped short and a beard and moustache give him the look of any young man you might see on the streets of London today – no silly hat with an ostrich plume for our no-nonsense tailor. I always thought it was Caravaggio who coined the portraits of ordinary people performing the manual labours of quotidian life but this tailor predates Caravaggio's work by a good twenty years. There he is, living and breathing, his mind churning, on the gallery wall collapsing time – you can almost hear the sound of his shears cutting through the marked out cloth, feel the velvet beneath his fingers. The effect is utterly disarming. 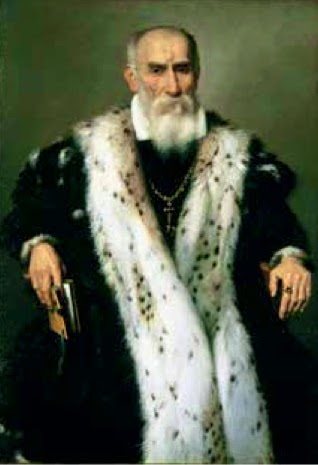 My greatest frustration on discovering Moroni was that his body of work was scattered around the world and that an 'unfashionable' artist like him was unlikely to be the subject of a solo show. He never achieved the status of Titian or Bronzini, not through lack of talent, for it is clear his work stands up next to theirs, but more likely because he remained a provincial artist in his own time. He had a moment in the nineteenth century, when the National Gallery dedicated an exhibition to him (perhaps the Victorians liked his uncomplicated and understated directness) and then in the nineteen-eighties when the same gallery hung a number of his works as part of a Venetian exhibition. Strictly speaking though, Moroni was not part of the Venetian school, coming from Bergamo not far from Milan and working in Albino and Trent but never straying towards the regional capitals where he might have been noticed by Vasari and included in his exhaustive catalogue of renaissance painters, The Lives of the Artists, another reason, perhaps, as to why Moroni was ignored for so long. 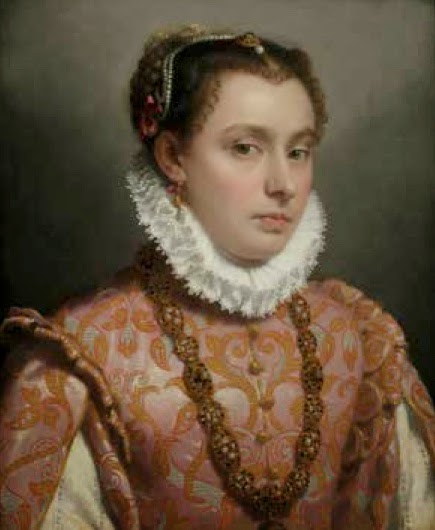 So imagine my delight when I discovered that the Royal Academy were to put on an entire exhibition of his work and I would be able to encounter all the images, the fuzzy cousins of which I had scrutinised online. Work in reproduction can never satisfy like the real thing, it is flattened, divested of life, offering only a partial experience, like Plato's shadows. But to see the body of Moroni's work, the early paintings, mostly devotional: a pastel Christ hovering on candy-floss clouds; a serious man praying before the virgin; an ancient, goitered woman gazing at a prayer book, all revealing an attention to detail and humanity that is the precursor to his later portraits.

For me it is the portraits that are Moroni's triumph; each one reveals his extraordinary rendition of the particulars of jewellery and clothing, the variety of fabrics exquisitely depicted and so lifelike you can sense their weight and smell and how they would feel beneath your fingers. Just look at the genial Gerolamo Albani with the frizz of his white beard, that would tickle were you to kiss him on the cheek, and the luxury of his spotted fur, soft as a cat, a finger keeping the place in his book as if he was disturbed while reading.  But beyond these textures it is the deep exploration of his sitters' expressions revealing something of what lies beneath and the way they appear to examine the viewer, as with the Portrait of a Young Lady who scrutinises us, as we do the same to her. What is it behind that challenging look, is it disapproval, has she been interrupted or is it that shyness that is often mistaken for disdain? Perhaps she is disturbed by our scrutiny.

The Exhibition is on only until 29th January and I urge you to go.

Find out about Elizabeth Fremantle's historical novels on her website ElizabethFremantle.com

Thanks, Elizabeth - I love the National Portrait Gallery. The portrait of the young woman - she's just THERE, isn't she? Terrific.

Wonderful portraits with characters that speak to the now as well as the past. To me, the tailor and the young girl both have variations of the same expression - slightly wary and a bit prickly. A question born of pure curiosity. Does anyone ever smile in portraits of this era?

I love Moroni's work. But please note the RA exhibition finishes on the 25th of January, not 29th!

Thank you - I love these portraits, especially the girl. She looks a bit of a mardy cow, but as if she'd have some interesting things to say.

As for smiling portraits - there is a wonderful Titian of a rather plump girl laughing her head off as she holds a serious stone portrait plaque of herself.

Excellent post. I thought it was a wonderful exhibition too and urge everyone to go if possible. It was great going with my daughter, who'd just 'done' the Reformation for AS and was a. most excited that Moroni had been at the Council of Trent and b. able to explain things to me.