Second in my occasional series about charming little books from the past.

This one is a tiny waistcoat diary from 1919, found many years ago in a junk shop; I no longer remember when or where.  It was a free gift, given away by Hargreaves Brothers and Co, of Gipsyville, Hull, makers of black lead and metal polish. I often wondered about who had owned it in 1919, and what their life was like. I’ve always been interested in WW1 but especially in the immediate post-war years, when people tried to adjust to the huge upheaval of the war. 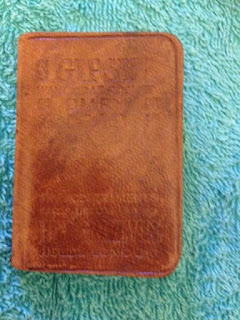 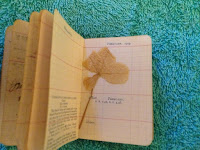 I’ve always kept the little book in my desk; in my mind it was associated with inspiration, especially when I began to write stories about the period. I also used it as a good luck charm – I had it with me for my first proper job interview in 1994, and when I went to meet my agent for the first time in 2009. A four-leaved clover is pressed between two of its pages, and I no longer know if I put it there, or if it was there when I bought it. (Romance inclines me towards the latter, but truth compels me to say that pressing four-leaved clovers in old books is exactly the sort of thing I do.)

As with any artefact, it tells us so much more than it was ever meant to. In some ways it’s disappointing – the really interesting thing would be to find a diary that someone had written in. Only a few pages have anything hand-written and it’s of a dull listish nature and sadly illegible. But perhaps whoever owned it didn’t need it because they already had a diary. You see, this little free gift didn’t appear in time for the 1919 new year – because of paper shortages, ‘it became necessary at the end of 1917 to discontinue the issue of this useful little book… in order to comply with the instructions of the ‘Paper Commission.’ 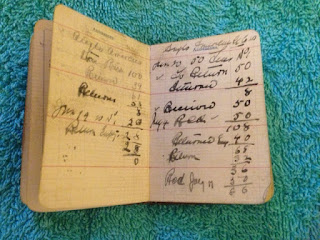 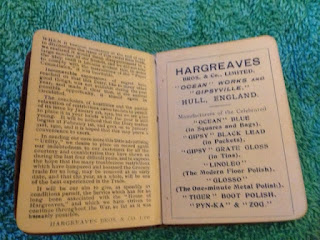 The end of hostilities in November 1918 led to the unexpected publication of the ‘useful little book’, but it starts in February. It’s as if January 1919 had been missed out. Which made me think about January 1919: a turn of year that should have been very hopeful  – the ‘war to end war’ was over, after all. But January 1919 was a time of tremendous upheaval, uncertainty and grief. There was bitter labour unrest, with cities like Glasgow and my own Belfast plunged into darkness by strikes. Demobilisation was slow and inefficient, with the first to enlist often the last to be released, leading to near mutiny. The papers thrummed with anxiety about what sort of a peace settlement would be reached. And the third wave of the great flu pandemic was rearing its head – the pandemic lasted about a year and did not really die down until summer 1919, killing upwards of 50 million people worldwide. All in all, a month many would be glad to see removed from memory, rather in the way that people at the turn of 2017, are lamenting the horrors of 2016.

Forgetting is not of course the way to make sense of painful pasts. We in Northern Ireland know that better than many. The printers of this little diary, with its pages devoted to the decorations awarded in the ‘Great European and other wars of recent years’ know that. 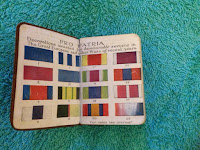 Now that I am writing two books set in this period – one in late 1918, one in spring 1919, this old diary has acquired yet another significance for me, as a great way to check days and dates, sunrise and sunset, etc. I can of course find the same information online, but how much nicer to use this tiny little leather-bound book, hoping that, unreadable though the ink might be, something of its essence might come through the pages, through the years, and help me and my characters on our way. 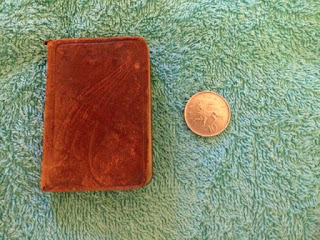 Thanks for this! I do enjoy having ancient reference books, too. I have a Pocket Peerage from the reign of George III, and since I'm currently writing about the start of the nineteenth century, it is quite useful, when I want to invent titled persons, to see which titles weren't around then - and to investigate the details of those who were. I like to think that it's similar to the book that Sir Walter Elliot liked to peruse, only that was the Baronetage, and probably not the pocket version. I find it fascinating that they already had pocket-size books in the eighteenth century.
I do think ephemera really do give one a great feel for a period.