Lace and blade... and historical fiction, by Gillian Polack

This month, whenever I read a book I react to it. My reactions are visceral. The systems of names in fantasy worlds (historical and other) gave me negative ones. I wanted to invite the authors over, get out my trusty whiteboard, talk them through all their decisions and show them what they did then I wanted to sit back and watch them do better. “Their next novel,” I said,’ Would work for more readers. And it would have more resonance. And it would be more sparkly.” I stopped myself there, for ‘sparkly’ made me think of another negative visceral reaction: the one I had to sparkly vampires. Bingo. My reaction to poor naming systems in any kind of fiction is the same as my reaction to sparkly vampires.

This cute realisation led me into temptation. Grand and gross temptation. I wanted to write about all the ways some writers get names wrong because they want to use the history they know and they really don’t know as much history as they think… but in this company (where the writers and readers don’t make such daft assumptions) it would be nothing more than me sounding off. In fact, it’s probably my body telling me that I need a coffee.

The feelings I got a month earlier when I read a kinda-historical sword and sorcerer series (“lace and blade” they call themselves) were more comforting. I find it interesting that a couple of volumes of lace and blade stories took some of the key facets of good historical fiction and transformed them into fantasy without triggering my ‘this is wrong!’ emotions. So many of my historian friends read fantasy rather than historical fiction. This might be one of the reasons why.

Every genre and sub-genre has something that tells readers “this is us.” I’ve talked a lot to writers – for I teach these things – about word choice and sentence structure, period-of-preference and place-of-preference (some of my serious thoughts and other writers thoughts on this can be found in History and Fiction) and all of these are important genre attributes. They’re not, however, what lace and blade fiction borrows so successfully from historical fiction.

There were several concepts that pushed the stories in a certain direction. I want to call them names; the highwayman one; the smuggler one. Where criminal activity is presented as sexy. Vampires in lace, but with more action and less drinking from humans. Some of Anne Rice’s vampire fiction comes close in how it’s framed, which is why I thought of vampires. Rice also has a sense of place and a sense of time (the novels have a historical sense), and that’s closer to lace and blade (or lace and blade is closer to it. Which is closer to the other depends on who one asks and how much of a fan of a given writer that reader is) but it’s not our world. It’s not our history.

This is where lace and blade starts. Almost our world, but not. It has a bit in common, too, with the movies of the 1950s, like Burt Lancaster swashbuckling around a ship in The Crimson Pirate. Very romanticised, often somewhat tongue in cheek and slightly sophisticated. The past as it could have been, with magic and more derring-do. 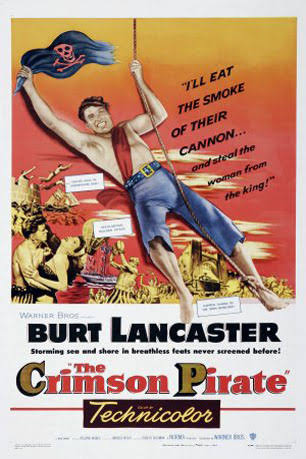 This is one area of overlap with historical fiction novels. Going back as far as anything that contains Sir Percy Blakeney, derring-do and charm and elegant deception and derring–do, redeeming someone from an impossible situation has been an aspect of historical fiction for a log time. Some novels contain it in spades. Especially the derring-do.

As far as Sir Percy, however? That’s drawing a line where no line is. Sir Percy is a point of time to remember, not the first. Nor even close to the first. Horace Walpole’s The Castle of Otranto is another first-but-not-first. If we go back earlier, there are some wonderful romps by Italian writers, who use French heroes and ...change the stories.

Lace and blade, therefore, belongs to a long tradition of stories that make life more exciting in a safe way. I already knew that. This wasn’t what I was reacting to.

I felt the emotions. For some stories, I felt the dream “This is the way the world could be.”
These reoccurring themes come straight from historical fiction. Some sword and sorcery work also contain them, but in all cases it’s possible to trace it back to a sense that honour and love and, in many cases, tricking evil into doing good that itself comes from a particular type of historical fiction. This historical fiction was dominant in the twentieth century but really began with Jane Austen’s England and with John Gay’s operetta.

My change of vocabulary in that last sentence means I need to stop soon. I’m turning into my academic self and she’s capable of being terribly tedious on this subject, albeit more accurate. Just think of highwaymen in love (John Gay), of manners and people and a quietly elegant society (Jane Austen). Add Georgette Heyer into the mix, and a dozen other writers. Transform the story, step by step and lo, lace and blade emerges. If I were writing lace and blade then I’d say ‘emerges triumphantly from the ruins’ for the sub-genre really enjoys a magnificent turn of phrase. It’s not for the subtle. 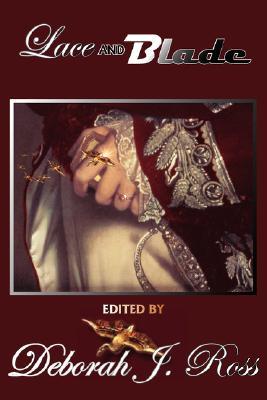 It’s also strongly linked to historical fiction, but it’s a fantasy genre. The history is part of the fabric. The power, the passion* and the elegance are its hallmarks. Magic, mystery and a certain trickiness.

What struck me was that the passion side of it comes from historical fiction. Each emotion can be traced and, in the best stories, it matches rage of love and loss in historical fiction. By this, I mean that it can be passive, and it can be deep, and it can govern the whole story. While lace and blade is a variety of adventure fiction, it’s one that shares something very important with one less fantastical genre in particular.

*Australian political jokes creep in on weeks like this
Posted by Gillian Polack at 02:15

Goodness, I’ve never heard of Lace and Blade fiction! Swords and Sorcery, yes. I’ve even written some, because it’s such fun. But never lace and blade. Fascinating! Can you list a few books you consider to be in that genre?