On Being Rubbish at History Catherine Johnson 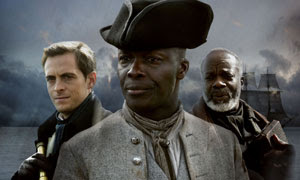 Let’s start before it all went wrong, when I thought History was something I could do. RJ Unstead and his (is he a he?) brick sized history books complete with eyeball-shocking, gumdrop coloured illustrations. If you’re around my age 40 or 50 plus, you probably remember these books. We’ve still got one at home, the one in the picture that used to be my husbands’, Looking at History.

I had a different one, that I won at school, I loved it, mostly black and white, but 12 colour plates, and one of them I can still remember now, partly because of the colour, partly because of the woman’s name. Queen Philippa of Hainault. Which made it even better because that was, and is, a tube stop; a tangible reference point in my world, the eastern most outpost of the Central Line on the London Underground.

Queen Philippa was pictured riding a fantastic white horse with dangly plaits, wearing a knock ‘em dead twelfth century frock. I would have given my right arm to be her.

If this was history, my eight-year-old self said, give me more….

I lapped up history projects which involved making Neolithic axes out of lamb bones, and my projects reached their acme with a particularly fine rendering of Cortez vs. The Aztecs in gold on black sugar paper. Go on; ask me anything about Quetzalcoatl or Xipe totec….

I loved the Sunday afternoon serials, BBC costume dramas and films like The Amazing Mr Blunden. (Which I saved up and saw four times). I loved the outfits and most of all I loved the stories.

However I was not old enough then to realise that I was not good at history. I did not find this out until secondary school. History was no longer interesting. It wasn’t outfits that touched the ground, or horses, or high drama. It was Corn Laws. And more Corn Laws. And some more Corn Laws. It was writing essays that had no smudges and it was regurgitating the dates of various Victorian Prime Ministers.


Oh and did I mention Corn Laws?

History was not for me. They chucked me off the exam course because my results were embarrassingly poor, and that was that. And anyway, I was 14 and only interested in making my own history, so it didn’t sting.

I came back to history when I read a wonderful book, Staying Power, by Peter Fryer. I would recommend it to anyone, it’s a scholarly book, but easy to pick up and dip into, and full of the most amazing people. It’s a history of Black and Asian people in Britain from Roman times. Suddenly I had a valid an excuse to dress up in cloaks and ride horses in my stories.

The first person I read about (and thought I had discovered, of course) was John Ystumllyn. He lived in the west of Snowdonia near Dolgellau. I tried writing about him for years, There was even a TV programme in development, but I reckon they had the same problem as me, his life (after his kidnap and sale) was all too nice, too successful; he married a local girl, had lots of middle class, musician or shop owning children. There was not enough drama.

But it struck me, reading through the many little personal histories in this brick of a book, that here were the tools I needed to write people like me back into British history.

By the time I wrote my first historical novel I think I was old enough to have forgotten I was supposed to be rubbish at history and just remembered how much I enjoyed it.

P.S. I couldn't scan my picture of John Ystumllyn so I have included a still from Rough Crossings, a BBC2 programme by Simon Schama which I wrote the dramatic inserts for. Just in case any of my history teachers that are still alive...
Posted by Catherine Johnson at 08:59

How many bells does this ring with me?! O level history for my class was the Corn Laws and the Industrial Revolution, in the most dry, dry, dry form possible, it seemed. The exam: multi-choice questions. No stories, it felt like, no-one to identify with... Thank goodness you got your history groove back! Will look up that Peter Fryer book right now.

Ding-dong here, too. History at school was all treaties and wars and nothing ton do with the vagaries of human nature. I never got to grips with the foundations of democracy via the Magna Carta and Simon de Montfort or learned anything else about Elizabeth I apart from the fact she handed out a lot of trade monopolies to her cronies. Heavens, I didn't even know what the word meant.

Historical fiction was what got be back into history after I gave it up. Well-written and entertaining fiction drew me back to the 'real' stuff and taught me it was about people.

Yes me, too. When I went to Grammar School, our history lessons started with the Egyptians. I don't suppose I knew where Egypt was at that time and I certainly couldn't care less about something call a shadoof I seem to remember. It wasn't until we arrived at the Industrial Revolution just before I took O levels that I understood what history was all about for I lived in Rochdale and was surrounded by the remnants of it. That was when I fell in love with history.

I must find out more about this person from Dolgellau - I'd never even heard of the town before my parents moved there a few years ago!

I found Roman history very boring at school, all labelling the parts of a centurion's uniform and rooms of a villa. When I watched I, Claudius I realised it was more interesting than that!

I just walked into my 10 year old son's bedroom and found him reading my very favorite book at his age R.J.Unstead's Looking at history, Queen Anne to Queen Elizabeth.I was obsessed by the cruelty to children, the frocks and hair, the fact that everybody shared the same filthy soupy bath and the abstract and unfathomable concept of this alien world of 'the past'. This totally changed my perspective and perception for the rest of my life.I bought books, researched, was determined to study archaeology, I dressed like a character from a period novel well into my twenties and I instead studied costume design at a prestigious institute to satiate my passion.
I took geology and ancient history in yrs 11 and 12 to assist with the archaeology and was bored to death with ancient history, failed, failed, FAILED. Wars...WARS.I just couldn,t care about Hannibal, Pompey and Caesar.There was no humanity, colour or women!