I am in the odd position of being both host and guest today, at least partially, since The History Girls is a stop on my Blog Tour for David. So I suppose I should welcome me!
But actually I'd rather thank the blog for giving me a spot to write about writing and to say how much I've enjoyed everyone else's blogposts so far.
And to mention that History Girl Michelle Lovric is appearing on The Book Show tonight, more4 channel at 7.30pm where they will be discussing her remarkable adult novel, The Book of Human Skin. If you don't catch it tonight or don't have that Channel, we believe it will be repeated next Saturday afternoon on Channel 4 at 2.15pm.
And now to my favourite kind of fantasy, the "what if" one. I have just seen two Shakespeare History plays - Henry 1V, parts one and two, Peter Hall Company, Bath and the return journey was full of 'what if" discussions:
What if the Black Prince hadn't died? Or Richard 11 had produced a son? Or been content to let Bolingbroke inherit John of Gaunt's title and wealth? They are endless and endlessly fascinating. 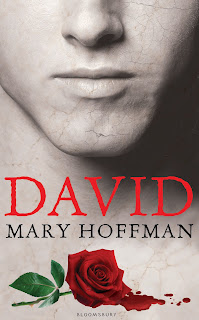 My most recent historical novel had a classic beginning: an upfront undisputed historical fact, a vast hinterland of unknowns, a sprinkling of speculation and a daydreamer for an author.
All fiction begins with a “what if?” and mine was “what if a young man looking just like that famous statue walked into the city of Florence in 1501 – what would happen next?”
And once I’d had that idea, the rest was relatively easy. No-one knows anything about the model for David, or even if there was one. Frederick Hartt suggested in 1987 that the musculature on the statue, with the overdeveloped right arm, could indicate a stonemason; that was all.
I put that together with the known fact that Michelangelo had been wet-nursed by a stonecutter’s wife in Settignano, where his father had a farm, and I had the first outline of a plot. If Gabriele was the sculptor’s “milk brother” then their fraternal closeness could get me out of the problem that Michelangelo might otherwise fancy his handsome model, which was not the novel I wanted to write.
Researching the period with books bought in the UK and Italy, reading academic articles online, consulting texts in the Bodleian and Taylorian and borrowing others from the wonderful London Library, of which I’m a member, I was able to create a timeline stretching before and after the intense three and a half year period featured in the novel.
So it was all there: Savonarola and the Bonfire of the Vanities, the overthrow of the de’ Medici family, the military rise of Cesare Borgia, art patronage and the presence in the city of Leonardo, Botticelli and Ghirlandaio and the pattern of artistic rivalry.
All I had to do was make the characters come alive, imagine my Gabriele as a full personality and give him some erotic and political entanglements and voilà! (or rather eccolo!) – I had my plot.

Of course, you don’t stand aloof and say, “I’ll invent this character and use that historical figure.” You create and remove exactly as much as you need to as you go through the novel.
Here’s a little example: I knew that the statue of David was stoned on the first night it was moved from the workshop to the Piazza della Signoria. (It took four days to trundle it) so I deduced that the stone-throwers were pro-Mediceans who saw David as a dangerous symbol of Republicanism. In a footnote to a journal article I was reading about a quite different aspect of Michelangelo's life, I found the names of four young men suspected of or arrested for this act of vandalism. One of them was a Gherardini.
Now this was the family name of Lisa del Giocondo – the woman known better to the world as Mona Lisa. After some fruitless research to see if I could trace a connection, I just made him a cousin to Leonardo’s sitter and had him playing the recorder to keep her entertained while her portrait was being painted. 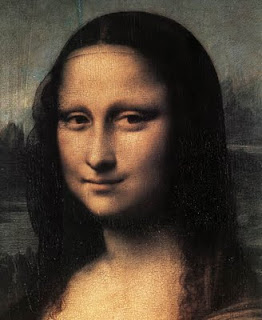 I also made him and the other three named Florentines young members of the pro-Medicean group that Gabriele infiltrates as a spy. A tiny detail but I know it’s there and I know it made the book for me at least feel more authentic.
And if I’m lucky, I find something like that when I am working on any historical novel. But I think it’s important to play fair and say in a historical note what you’ve invented and what taken from known history. Otherwise the reader is left wondering - and misinformed.
Posted by Mary Hoffman at 01:00

Email ThisBlogThis!Share to TwitterShare to FacebookShare to Pinterest
Labels: Book of Human Skin, David, Mary Hoffman, Michelle Lovric, What if?

Soo looking forward to reading 'David' and you have just whetted my appetite still more, Mary.

I have been lucky enough to read David already - it's wonderful.

i also love the way you put two and two together (well-developed arm and milk brother) and got a whole novel out of it. That is what makes proper and great historical fiction - that combination of simple observation of clear truths with a question we really want answered.

I must add that this novel about Michaelangelo's David is also wickedly sexy, and that is perhaps another essential ingredient in an historical novel? What do others think?

Or does one of us need to devote an entire blog to the whys, wherefores and how to's of historical sex?

Ah, I'm now intrigued! Enjoyed the post and am looking forward to reading the book.

The intrigues sound marvellous. Longing to read this now. Wonderful cover too Mary! Historical notes are an interesting point... I always want to add them but sometimes I wonder if they don't just point to the author saying -look at me. I've done my research - I'm clever. After all it's fiction, and a reader of historical fiction undertakes it as being a product of the imagination.

As you say, Mary, it's the tiny detail that makes the book more authentic. This is my promised holiday treat when I'm back in Italy in September, can't think of a better place to read "David"

I like historical notes, because they tell me what is made up and what isn't, and how far I can integrate what I've read into the history in my head.