By Eve Edwards
‘Men have died from time to time and worms have eaten them, but not for love’ (As You Like It, Act 4 Sc 1)
When I was contemplating this blogpost on the historical experience of romantic love, V.S. Naipaul burst into the news for his outstandingly arrogant views on women writers and their attachment to sentiment. In his view, women writers are always inferior because of their ‘sentimentality, the narrow view of the world’. ‘And inevitably for a woman, she is not a complete master of a house, so that comes over in her writing too.’

Even Jane Austen cannot hold a candle to the masterful Naipaul, it seems, as her ambitions were also ‘sentimental’. Sorry, the History Girls, we have been dismissed without a hearing: if Jane is damned, then we do not have a hope!
Gosh. I have to take a moment here just to marvel at how many ways he is in the wrong. Picture me reclining on my daybed, wafting my heated forehead with a copy of Pride and Prejudice. If you need a boost to your blood pressure, do go and read the article in the Guardian here.

Now, I am tempted to think that Naipaul is purposely baiting the literary press to get column inches (he is no stranger to controversy), because surely he cannot be so dismissive of writers drawn from half of humanity? Has he not read Barbara Kingsolver, Anita Desai, Beryl Bainbridge, Margaret Atwood – to name but a few contemporaries? We cannot rule out the possibility that he is just a conceited fool. Yet he is useful for my purposes as he does give an extreme expression to the view that writing about love (by this I understand romance of the Elizabeth/Darcy, Emma/Mr Knightly kind) is somehow lesser than the masculine strength of…well, of what exactly? War? Political ambition? Existential crisis? Books as only V.S. Naipaul writes them? 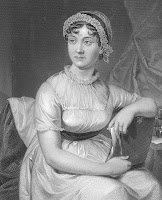 Let us not waste too much time with Naipaul, but it is true there exists a distrust in the wider literary world that romance as we modern writers see it is somehow not properly historical. I offer in evidence the fact that historical romance is shelved separately in many bookshops from mainstream historical novels, almost as if there is a fear of contagion. This could be partly justified by some of the products that creep into this bracket – many novels in this genre are only very superficially historical, an excuse to indulge the ‘I was taken by a Viking/knight/highlander/pirate/regency rake’ (delete as appropriate) fantasy. But bundled along with this chocolate box of sexy day-dreaming, is a suspicion that somehow love is not an important ingredient in true historical experience, at best an episode in a human life hemmed in by the material realities of economics and social developments. As Shakespeare’s Rosalind playfully tells her lover: ‘Men have died from time to time and worms have eaten them, but not for love’.
And, of course, historical romances almost always commit the fatal error of ending happily. Few Man Booker prize winners would dare be so optimistic – wedding bells do not win literary bouquets these days.

Yet Shakespeare, of course, provides ample material on the other side of this argument, showing that an Elizabethan man was able to write seriously of love being the prime mover of lives as different as the young ‘starcrossed’ lovers of old Verona to the ‘dotage’ of Antony and Cleopatra who wreck an ancient kingdom in their obsession for each other. Love is a serious historic agent of change in lives both great and small in Shakespeare’s plays so it seems we historical romantics are not guilty of projecting back our modern concepts, just inheriting them and reinterpreting them for our own times and understanding of history.
In defiance of Naipaul, I should turn to a female writer for another example. George Eliot’s Middlemarch explores in one plot line how devotion to masculine academic study (Casaubon) with grandiose claims for wider importance turns out to be dry-as-dust and irrelevant. Compared to him, his wife, Dorothea, makes no great claims, content to be a helpmate, yet the novelist finds that admirable: ‘[h]er full nature…spent itself in channels which had no great name on earth. But the effect of her being on those around her was incalculably diffusive: for the growing good of the world is partly dependent on unhistoric acts’ (Finale, Middlemarch). Her love for Will Ladislaw is one of those acts that improves the world. In a novel by a woman that is often very unsentimental and far from narrow in its view of the world, Eliot makes a plea for the domestic and confined for that is where many of us, men and women, spend our ‘real’ lives away from the false glitter of the public stage.
So the next time I tap away, imagining myself back in the shoes of characters of the past, I need

not be ashamed that I often choose a moment in their lives where love is uppermost in their minds. After all, those historic markers of human lives – the gravestones – are usually graven in ‘loving memory’. Most of us prefer to go down in history as loving wives/husbands/mothers/fathers, not good workers, famous (infamous) politicians or, dare I say it, notable writers.
Eve Edwards' 'The Rogue's Princess' (about Elizabethan theatre and early English puritanism) is available in the UK from July 2011 from Razorbill (Puffin). 'The Other Countess' comes out in the USA, also this July, with Random House: www.eve-edwards.co.uk
Posted by Julia at 09:01

Very interesting post, Julia! I don't see why women can't be held in loving memory for both their domestic and professional roles.

Many of us have both, after all.

And pooh to V.S,Naipaul. I have read only A House for Mr Biswas and it was OK, but not world-changing!

Great literature is marked by its depcition of facets of human nature and experience that are enduringly recognisable, and of course love is one of those facets. What a bizarre stand for VSN to take! For me, the value in historical fiction is that it shows we are the same as the people who came before us, at least at the core of our being and experience. Of course, some of us (more often men) are also tossers in the same way as our forebears, consumed by greed, arrogance, and lust for power. So those attributes, too, appear in historical and other fiction. How strange to think one sphere of influence and experience is more important than another. Perhaps he is a little insecure, as he writes about such a narrow band of experience, and one which will slip into obscurity as time passes and colonialism is seen as a quirk of the past with no relevance for the (future) present.

Fantastic post in response to a spurious, attention-seeking argument. You’ve turned it into something far more interesting.

I’ve always thought that Middlemarch champions not so much proto-feminist tropes as the wider issue of what makes humans happy. This includes our need to choose our mate for intellectual compatibility. Dorothea marries in the spirit of a subservience that denies her own intellect. Eliot shows how that’s never going to work. The other unhappy marriages are all based on misdiagnoses of what will make people happy, and those mistakes are made because there are no meetings of true minds.

I agree with you that love is not a trivial pursuit - neither historically nor in the literary sense. Love has changed paths, kingdoms and destinies since The Odyssey and the Iliad. (I wonder if it was Penelope, who had plenty of time on her hands, who might have been the true chronicler of those adventures?)

Moreover, as Virginia Woolf said, ‘For most of history, Anonymous was a woman’. And if so, she chose to write every kind of lit, not just romantic fiction.

I agree, Mary, I would like somewhere to be remembered for my profession. I meant that in many lives the loving relationships are the most important drivers of decisions which effect the world so the domestic should not be denigrated as somehow trivial. These relationships are also the place where the real me can flourish - hence the reason for many of us that our home identities are the most authentic thing on the gravestone/obituary. When the chips are down, I'd go to the wall for my family and friends but, sadly, not for my publishing house!

A very interesting piece, Eve. And I'd just add: Love is a good starting point for many stories because everyone's emotions are more intense, everyone has the possibility of behaving really badly, conflicts attend love on every hand and so on: all material for every kind of story. As for VSN, he's just plain silly!

Couldn''t agree more, Eve. Alas what you describe is the thick end of a very long wedge. It's strange, though, (having just watched a great documentary on songwriting on BBC2) that this attitude does not always cross media boundaries. Even the most macho of rock gods, for instance, are allowed to belt out lyrics about "the power of love". And women songwriters don't get accused of writing 'chick riffs'. Really interesting post.

Splendid post, Eve - and an excellent riposte to Naipaul.

Love's what makes the world go round, isn't it?

VSN should remember that women buy more books and read more books than men. He'd do well not to piss off the majority of his potential readership.