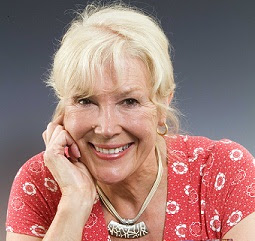 
‘Miss! Miss! Where do ideas come from? How do you know what to write?’


My readers are young – nine years and upwards. They sit open-mouthed waiting for the answer, hoping to hear how inspirational lightning strikes or how I wake in the night with a marvellous, exciting dream that will translate easily into a novel. For me, this couldn’t be further from the truth. I often don’t know where ideas come from. Some drift into my head like an autumn mist or, if I’m desperately searching, I might find one tucked away in my memory bank, like an old photo album in a box in the attic. But then there are some ideas that arrive on a given day at a given time and I have a clear memory of that moment when the germ of an idea sprouted ready to create the story. 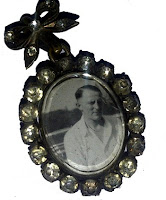 Last year, I was thinking about writing a children’s book set in WW2. I had vague ideas but no special focus. Many books have been written on this subject and so I knew I had a have a different angle. Then one afternoon I went to visit my Aunt Sarah, a frail old lady of 93. As we talked, she reached into a drawer and gave me a small round brooch containing a photo of her brother, Fred, and she began to tell me a story I had never heard before. When war broke out, she said, all the lads in the street received their call-up papers – Fred included. Some had already left for the front others, like Fred, were waiting to do their training. But Fred was anything but keen and one day confessed to his sister that he didn’t want to join up. He was against war. He didn’t believe in killing and he wanted to be a conscientious objector. Sarah insisted that his refusal to fight would bring disgrace on the family and he would be called a coward. Poor Fred. What was he to do? After a good deal of soul searching, he took his sister’s concerns to heart and, against his better judgement, joined the army. Months later he was captured and died as a prisoner of war along with thousands of others on the Burma Railway while Sarah was left to wonder if her words had sounded Fred’s death knell.


I had never considered writing a WW2 story from the angle of a conscientious objector but after hearing my aunt’s story, I realised that I had found the focus for what became Run Rabbit Run. I began to research the lives of conscientious objectors and discovered how their lives were affected by their choice. To begin with they had to go before a panel of local dignitaries and who weren’t easily convinced that they were anything more than a coward. If an application was rejected, the alternative was to go to fight at the front or go to prison.

So, I thought, what about the family of COs? What about the children? How would it affect them? Run Rabbit Run starts with Lizzie being bullied because her father hasn’t joined the army. In fact, her father has had his application to be a CO rejected. With a prison sentence looming, Dad takes Lizzie and her brother, Freddie run off to a place called Whiteway where they go into hiding.


The novel is a far cry from my aunt’s story but it was that which led me to an exciting WW2 adventure all about choices, posing many questions question including what is bravery?


www.barbaramitchelhill.com
Posted by Barbara Mitchelhill at 06:00

Busy morning getting the kids ready for school and I'm stopped in my tracks by Sarah and Fred... What a desperately moving story. And how vital that the experience of COs (or would-be COs) and their families is remembered. Thanks so much for posting this, Barbara.

Fascinating post. Family history is full of such amazing things...if every one of us just restricted herself to her own family stories, we'd still have lots to write about, I think. But it's good to be able to roam about in the past...and the present and not be bound by our own narratives! And COs are a very interesting part of any wartime stories.

It is interesting to hear about your inspiration for Run Rabbit Run. After I finished reading it, I sought out a version of the song and put it on my ipod's World War II playlist.
Run Rabbit Run is a great story about a conscientious objector and I hope lots of people read it.
Best of luck!

It always strikes deep when family history illustrates something many others had to live through. What a great premise for a story and how I feel for Sarah. Thanks for sharing it with us.