The Englishman, the Frenchman and the Olympic Games by Barbara Mitchellhill 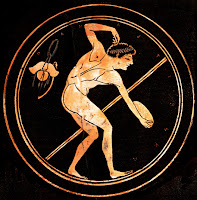 In 776 BC the Olympic Games were founded in Greece and were open to all free men who could speak Greek. They were celebrated every four years in Olympia until 393AD and then, so records show, they stopped. So, you may be wondering how and why these ancient athletic competitions were reinvented to bring us the modern International Olympic Games which will take place this year in the UK. How it came about is an interesting story of the dreams and determination of two men.

In 1809 in a small market town in Shropshire, a most remarkable man was born. He was William Penny Brookes, one of three sons of the local doctor in the parish of Much Wenlock. Prior to going to St Thomas’s Hospital in London, William learned doctoring skills by working alongside his father. Later, he went to study medicine in Paris and Padua, developing a particular interest in the classical theories of maintaining a healthy body to create a healthy mind. While in Paris, his father died and William returned home to take over the vast medical practice in the ancient borough of Wenlock. 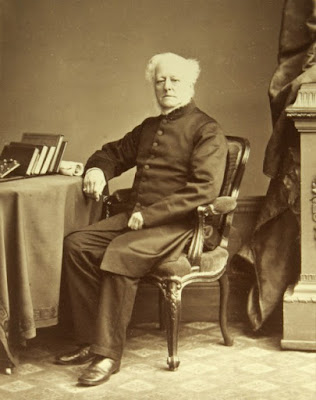 At thirty eight, he became a JP where he came face to face with petty criminals and drunkards in the community which sparked his interest in structured physical exercise and education for the working classes so that, in the same year, he initiated the setting up or the Wenlock Agricultural Society (WARS) where anyone could subscribe to and attend classes held by the Society in art, music and botany. Subsequently the Olympian Class was set up in 1850 to encourage athletics and outdoor recreation by holding an annual Games.

But trouble was brewing in the town.

When Brookes invited ‘men of every grade’ to take part in the Games, he was heavily criticised for insisting that they were open to the working classes. The local vicar, the Reverend Wayne (another driving force in the town and a WARS Committee member) objected most strongly on the grounds that a large number of scantily clad young men would be performing in front of women. He, and many other local dignitaries, had received complaints from people who felt that it would lead to drunkenness, lewdness and riotous behaviour. Brookes and the Reverend Wayne locked horns, resulting in the Olympian Class breaking away from WARS and naming itself the Wenlock Olympian Society which continues to date as the organisers of the Games annually. The first Games were a great success. There was no riot and Brookes’s reputation was safe.

As in the Ancient Olympic Games, only men were allowed to enter the athletic events except one year in 1851 when an Old Women’s Race was held for the prize of a pound of tea. ‘Old’ meaning a female out of the first flush of youth (the average age of the women who raced was thirty). ‘Women’ because ‘ladies’ did not run. Though the title had been chosen with care, the event was a disaster. The problem was that the contestants, being poor country women and who worked mainly in the fields where toilet facilities were not available, wore no underwear and so, as they ran, they displayed more than was acceptable, shocking spectators of a more nervous disposition.

All this time, Mrs Brookes did sterling work in visiting local schools to encourage and oversee reading and sewing classes. She must have been concerned about the lack of competitions which girls could enter and apocryphal stories suggest that she encouraged her husband to set up competitions in wonderful categories such as ‘the neatest collar making’ and the ‘fastest knitter’ which I regret didn’t make it into the International Olympics. Prizes were given to the winners in all aspects of the Games. In the early years men were awarded money and later valuable prizes such as silver sups. Women and ladies were never awarded money, rather prizes such as a pound of tea. The children were given books.

The Games flourished and people came from as far away as Liverpool and London and in 1865, Brookes was instrumental in setting up the National Olympian Association in Liverpool with the first National Olympic Games held in 1866 at the Crystal Palace, London. Over ten thousand people came and W C Grace, who was to become a cricketer of renown, won the hurdles event.

Because of his interest in the Ancient Olympic Games, Brookes had for some time been in contact with the Greek Government who had staged a revival of the Games in Athens, the first is 1959. He even asked King George 1 of Greece to donate a prize for his Shropshire Olympian Games and received a silver cup. But his dream was of an International Olympic Games and in 1881 he wrote to the Greek Government requesting that an Olympic Games should be held in Athens which would be open to all nationalities. Sadly, his timing was out. Greece had serious political problems and his suggestion was turned down.

Most people of 71 would probably have accepted that their dream was unlikely to come true and would have settled into a comfortable retirement, but not William Penny Brookes. 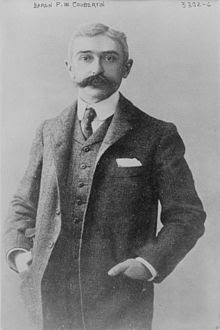 In 1889, he invited a wealthy French aristocratic, Baron Pierre de Coubertin, to come to Much Wenlock. At the age of 26 Coubertin was the organiser of the International Congress of Physical Education, and had attempted to introduce physical education into French schools but had failed miserably for want of political support. When, in 1890, he arrived in Much Wenlock to stay with the Brookes family, his spirits must have lifted for he was feted as guest of honour and a meeting of the Wenlock Olympian Games was put on especially for him. Inspired by what he saw, Pierre de Coubertin’s previous ambition was soon replaced with another and, full of enthusiasm, he took the idea of an open international Games back to France.

There was some interest but nothing was done and, despite many challenges, it was Coubertin’s drive, determination and money that brought about a truly open International Olympic Games. He formed the International Olympic Committee and, with his many high-ranking connections, including people within the Greek Government, Coubertin succeeded in launching the modern open Olympic Games in Athens in 1896. His real stroke of genius was in using Brooke’s innovative model for the Games and in determining that, although the Games should start in Athens, they should move every four years from one country to another thus ensuring that all countries had an interest in the Games.

Sadly, William Penny Brookes died four months before the first Games were held in Athens while Pierre de Coubertin became Honorary President of the IOC. He held this position until 1937 when he died penniless in Geneva, having spent his fortune on developing his dream. 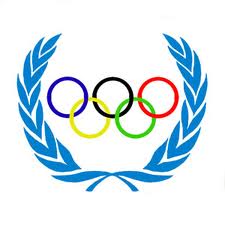 The Olympic Games live on, as does the work of the dynamic William Penny Brookes in the Wenlock Olympian Games which are held every year - the Arts events in March and the sporting events in July, all still professionally organised by the volunteer workforce of the Wenlock Olympian Society in true amateur spirit.
Posted by Barbara Mitchelhill at 09:00

Wow, Barbara, I had absolutely no idea about any of this! What a fascinating post. Thank you.

Yes, a terrific post! Esp the bit about WG Grace! And yes, very topical indeed. Anyone know Seb Coe's email address? We could send him the link!

What a good idea, Adele. Yes, I have a contact who knows SC. I'll send a link!

I've been looking for a bit more information regarding the tea race ... which I only learned about last night whilst watching an episode of QI! LOL

Do you have a source for this that you could share, Barbara?

I'm looking forward to reading through some of your other posts. This looks like a really 'meaty' blog.