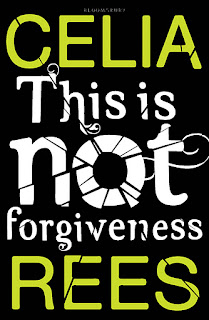 I have a confession. My next novel, This Is Not Forgiveness, is NOT historical, it is a contemporary novel, but motions to throw me out of the History Girls may be premature. I have another confession. This Is Not Forgiveness is about to be published (Feb 2nd) so this post is going to be a blatant plug for it. I'm not even going to try and disguise it. So, if you want to take issue with that, then feel free to do so in the comment box below.

Every book I write begins with an idea. The idea for this book came from a film: Francois Truffaut’s Jules et Jim. It’s the story of two boys and a girl. The boys are old friends and they both fall in love with Catherine, played by the captivating Jean Moreau. She is an extraordinary girl, unconventional, a free spirit who won’t be owned by either of them. 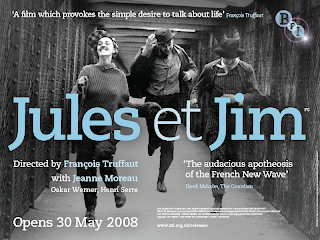 The film was made in 1962, and is based on Henri-Pierre Roche's novel of the same title, published in 1953. The novel is set before and after the First World War and is a semi autobiographical account of the love triangle between Roche, the artist Marcel Duchamp, and American artist, Beatrice Wood. She died at 105 and might, or might not be, the partial inspiration for Rose DeWitt Bukater in James Cameron's film, Titanic - such are the fascinating facts one unearths through research, but I digress. There is a plenty of history there, different periods of the Twentieth Century, but I find the film (and the book) curiously timeless. I was watching the film when I suddenly thought: ‘You could up date this. Make it now.’ I began to imagine the story I would tell and felt no temptation to make it into historical fiction. It was a strong idea and I wanted to set it in the present. My very first novels were contemporary thrillers. After more than ten years away, I wanted to see if I could still do it. I wanted to go back to my roots.

I began to write it as a love triangle, but that didn't work. I might be able to write lots of things, but straight forward Romance is not one of them. When I'm writing historical fiction: Witch Child, Pirates!, Sovay, The Fool’s Girl, my primary interest is in how historical events impact on my characters’ lives: witch persecution, the sugar trade and slavery, the French Revolution, Elizabethan fear of Catholic spies. I decided that I had to find similar big themes if I was to make this book work. I had my characters, two boys and a girl, so I began to look at the wider context. What is happening in the world around them? How could this could affect and shape their lives? Today’s events are, after all, tomorrow’s history.

We live in interesting times. I decided to make one of the male characters a career soldier, back from Afghanistan, he's been wounded and is suffering from Combat Related Post Traumatic Stress Disorder. 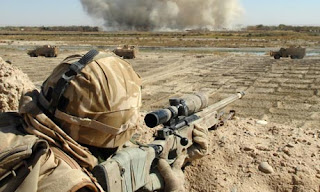 This opened the whole thing out for me It gave me something to research in the way I'd become used to, something to explore. I read accounts of soldiers engaged in warfare, not just in Iraq and Afghanistan, but other wars, too, like Vietnam and the Second World War. The effect war has on those fighting doesn’t change. I watched films, like The Hurt Locker, TV documentaries, series like Generation Kill, and ‘soldier vision’, footage shot by the soldiers themselves.
Making one of them a soldier, helped to differentiate the male characters from each other and added weight and relevance to the story. But there was still the girl. I wanted her to be different, like Catherine in Jules et Jim, so I decided to give her an interest in radical politics. Make her an Anarchist. I have to say, that that idea was received with a certain amount of scepticism. Young people interested in radical politics? Very ’Sixties. Then, suddenly students were marching through London, smashing windows, fighting with police, hanging from the Cenotaph, throwing bins at the heir to the throne’s car. That initial scepticism vanished and I found myself writing and re-writing as events unfolded. 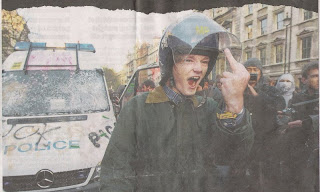 Suddenly, it was all kicking off, not just here but everywhere from Egypt to Wall Street. Revolution? Maybe. It is too early to say. History? Certainly. As I said, we live in interesting times... 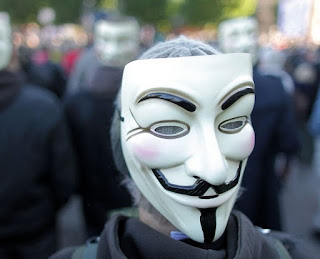 What an extraordinary feeling it must have been, to see real life catching up, as it were, with what you were already writing. The image that comes to mind is of standing on a dry river bed, and the water suddenly starting to gush from behind you, sweeping you off your feet & carrying you along to where you always wanted to go. Thrilling - and maybe disconcerting too? Can't wait to read this book!

It's quite simple really. You're just writing history as it happens. It looks a though you're head of the game, Celia.

You just had to mention Generation Kill and I am sold on the idea!

Those of you who haven't read it have a treat in store! It's terrific. And just right to be made into a movie, too. Any producers out there?

Can't wait to read it! My Big Bint did Jules et Jim for A level French - might be worth checking if it's still on the syllabus as there could be a marketing opportunity there...

History in the making is a very interesting thought. There was a time a couple of years ago when it seemed like every month there was a teenager killed in Afghan on the front of our local paper...
Wow, i've just finished reading it and I love all the voices. So strong they just swept me away from the first page!

I was a bit late getting back with my comments on your comments, as it were. Suffice it to say, thakns for reading this I loved writing it, will check out the A Level syllabus, anne, and see my Jules et jim poster has disappeared. Oops! Probably a copyright thing.

Your poster is still there on my computer, Celia!