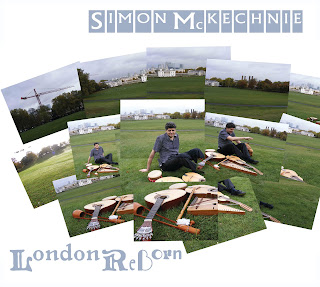 I came across a fantastic album this week that I want to share with you. London Reborn by Simon Mckechnie. It’sa collection of old
London songs rearranged for a dizzying variety of instruments from all over the world. I can see why Mckechnie has done this, the songs feel new and alive; reflective of London as a place where different cultures have always met and harmonized. The songs and the arrangements have a freshness and irreverence about them that seems very London to me too. So, loving the album but I have to save the tracks with lyrics for my breaks. Instrumental only when I’m trying to get words down.

In my entirely unscientific sample of writers I know and have asked, it seems that a lot of us listen to music as we write, though those that don’t shudder and say ‘No! How could you?’. It seems I’m certainly not alone in needing to have music with no voice to work to. I’m sure we all have more particular requirements too. I can’t listen to Beethoven for instance, or any of the romantic composers. Their works, with their range of emotion, sudden shocks and dramas, just demand more attention than I can give. Baroque music is perfect, I can tune in or out of it as I need; am rewarded when I listen carefully, and can let it sink into my mental background when I need to. It helps me concentrate, shutting off that part of my brain that can so offer interrupt me when working by coming up with continual to-do lists and reminders about hanging up the washing. Conversely when I’m having cello lessons or practising are just about the only times I manage completely to stop thinking about the work in progress. Makes for a satisfyingly symbiotic relationship with music. 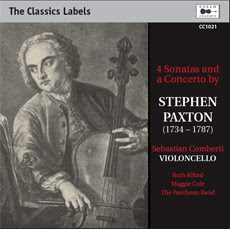 Of course, music makes its way into the books too. When I was researching my first book, Instruments of Darkness, I made use of an English composer of the late 18th century called Stephen Paxton. I had played one of his pieces in my lessons, and my teacher Gwyn Pritchard, mentioned that little was known about his life, and that few of his compositions were now available. I found a wonderful article about him in the British Library by Brian Crosby, and copies of a lot of Paxton’s music, long since out of circulation. Some of those copies had his signature on them which gave me one of those thrills of connection that sometimes occur as you research. That work led, via some stunning serendipity, to me attending a recording of his works by the cellist Sebastian Comberti and writing some of the notes for the resulting album. 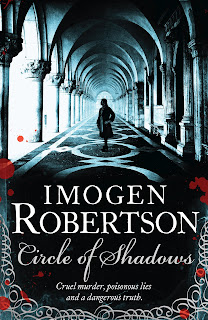 anzerotti resurfaces in my new book which comes out in April, Circle of Shadows.

Gwyn is also a rather eminent composer as well as a teacher, and he asked me to write a text for one of his commissions. Here’s a link to the video of the result, and here are the words. Listening to it being played in St James’s Piccadilly, Paxton’s local church, was one of the proudest and most magical moments of my life. Come to think of it, Gwyn’s daughter also introduced me to my fiancé, so I suspect I’ve got rather more out of music than it has got out of me.

The book I’m writing at the moment is set in Paris in 1910, so I’ll have to abandon the Baroque for a while, but I have plenty of Satie’s piano music ready to go so I’m in good hands, and while I’m avoiding thinking about the washing, who knows where music will lead me next?
www.imogenrobertson.wordpress.com
Posted by Imogen at 00:01

Email ThisBlogThis!Share to TwitterShare to FacebookShare to Pinterest
Labels: Anatomy of Murder, Circle of Shadows, Imogen Robertson, Instruments of Darkness

Thank you Imogen. It's very nice of you to say so. I'm jealous of people who can listen to music while they work. I can only catch up with my 'to listen to' list when I'm doing chores. I often listen to the World Service while I'm working, but have to turn it off when they do anything musical.
Simon McKechnie

I shall look out for Simon McKechnie - sounds a fascinating premise for an album. As I write this (in a break from trying to get a difficult first draft down) I am trying to decide what to listen to. The tone and rhythm of a 'writing' album is crucial - it's a truly vital decision. In the end, ludicrous though this sounds, I wrote a trilogy over five years to the soundtrack of A DRAUGHTSMAN'S CONTRACT by Michael Nyman. I didn't go mad but now have a pavlovian reaction to Nyman's wonderful music and feel weird if I'm not in front of a computer. For my current novel I have found no suitable music and am having to make do with recordings of storms and sea and songbirds. Perhaps I should commission a composer ... I might write better.

Fascinating post, Imogen! I'm one of those writers who has to work in absolute silence, so my husband has kindly agreed not to turn on the Archers or cricket etc until after a noon watershed.

But I love music, especially period music, and often listen to it to get inspiration when I take my daily walk.

Music (and WEATHER!) are always vital ingredients in my books. Isn't that all part of re-creating the world we want our characters (and readers) to inhabit?

If I'm writing it's silence at home or the background blur of chat at the coffee shop but f I'm illustrating I like my ears as distracted as possible, so I listen to talk radio, news programmes. Most illustrators I know say they need noise when working!

I love the idea of listening to storms! Never thought of that, though perhaps I'm gothic enough as it is. Yes, it is part of making the world. I agree with everything Louise said about weather too. It's a way to get a sense of texture in a book. Very interesting point about illustration ML. And congrats again, Simon, on a great album

Lovely post! I can write with music going but rarely do. When I was writing a book set in a performing arts school, I listened to Radio one all the time so that I became aware of what the YOUNG were listening to. Frightening how easily you get out of touch.

I didn't know you illustrated too, Marie-Louise! Almost uniquely among writers I know (but another is HG Catherine Johnson, I believe) I listen to talk radio (Radio 4) until 12 noon when I switch to Composer of the Week on Radio 3. If it's a composer I dislike, very rarely, I then put on CDs.

You'd expect talk radio to be very distracting to someone who's writing but I don't find it so. It sort of drones comfortingly on and I prick up my ears if I hear a keyword and then listen to the whole item. I've learned a lot that way.