WHAT'S IN A NAME? CENSORING THE PAST by Eve Edwards 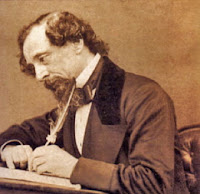 What's in a name?  Quite a lot, according to one of my publisher's website (Random House US).  I suppose it is funny but, last year, when I tried to answer a question about novelists that inspired me, I found my mention of Charles Dickens and Fanny Burney censored to Charles ****ens and ***** Burney.  I hope Blogger can cope with my obscenity.  Spare a thought for a guy called Dick Cockfoster or a girl blessed with the name Frances (commonly known as Fanny) Titmouse.  I imagine their emails get put straight into spam. 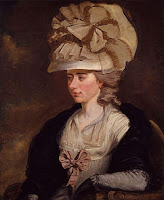 To be fair to Random, I should point out this entry was made on a site for teen readers so the duty of care is higher for the owner, but still, our modern censorship does seem to be overly strong in all the wrong areas.  We are very lax elsewhere.  As the women's groups appearing before the Leveson Enquiry on 24th January pointed out, we live in a society which thinks it is OK to feature naked women in papers at child-eye level and put rape victims on trial in the way their stories are reported.  I wouldn't mind a bit of blanking out of that but wouldn't it be so much better if editors realised that it is sick to do so?

Everyday I come across the problem of modern censorship in writing historical fiction.  Let's start with self-censorship.  We are not all going to agree, of course, on the depiction of sex and levels of violence and language when writing for a younger audience. My own personal guide is a connection to the parallel world of cinema certification.  Would this be OK in a PG-13 (UK 12A) film or does it deserve a higher rating?  It does not stop me writing a no holds barred piece if I wished but I wouldn't put it on the teen or children's market. 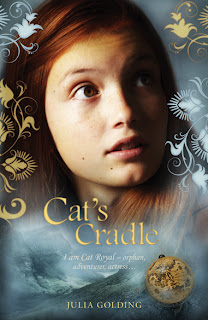 However, there is undoubtedly a tension with the desire to be true to the historical period where what we think is going too far would not have raised any eyebrows.  For the Tudors, marriage at 12 was allowed, as was burning of religious martyrs and torture - all tricky things to depict for young readers if they are to have a convincing and honest treatment.  For my Cat Royal books set in Drury Lane (under the pen name Julia Golding) my heroine lives in what was the red light district and prostitutes worked the theatre audience.  I dealt with that by not dwelling on it, in the same way my character would find it all part of her 'normal' so not needing comment.  I've also written about the issue of the slave trade and had to be very careful with the language used about black people as that era had no problem belittling Africans and using the term Negro, all of which now sound extremely insulting.  Bearing in mind these books are going to be read by children as young as eight, I bear a responsibility for what I expose them too.  I strove to tone down the language where necessary without hiding the brutality of that system, because I believed that was the point that needed to be made.  The injustice of the slave trade is the underlying obscenity that fuelled the more superficial words and attitudes.  No doubt others would draw the line elsewhere but I can only say that 'I did my best'.

Now I come briefly to the censorship of others.  It has an illustrious history: Shakespeare had to submit his plays for approval by the Master of the Revels, though his problems hinged on politics and blasphemy rather than sexual innuendo and language that occupies the modern wielder of the blue pencil.  Down at my much humbler level, I have found it frustrating and amusing at times.  I have kept an email exchange with my editor at Puffin where we debated how I might refer to the male sex organs in a way that respected the spirit of Tudor bawdy.  I was allowed cod piece (old fashioned so passable) but not cock (too sharp).  I argued.  I gave in.  The ghost of Thomas Bowdler still haunts us.

I would be very interested to hear what censorship my fellow writers have experienced and what you, as a reader, think about all this.  It reveals our own period's manners and mores more acutely than perhaps any other subject, does it not?

When I was at a RC girls' school in the 1970s, large chunks of Chaucer were 'redacted'. Of course, this only made us rush to the relevant pages in our modern translations. I can see why the teachers wouldn't want to read some of these passages in class! But the censoring itself was useless to even the most barely inquisitive child!
Interesting piece, many thanks!
Barbara

Interesting blog. Plus it made me recall when we studied 'One Day in the Life of Ivan Denisovich' at school in the 1970s. Our English teacher, Mrs Arafat (wow, I haven't forgotten her name), would read it aloud to us whilst skipping any swear words. We followed the words in our own copies of the book. Of course, thirty girls found this hilarious, although in retrospect I can appreciate it was tricky for her back then and she probably picked the best option. I wonder if the words would be read aloud nowadays? I think they're necessary for the veracity of the book.

Very interesting piece. I've recently read the utterly brilliant 'Tender Morsels' by Margo Lanagan, which was published as a YA novel, first in Margo's native Australia. David Fickling Books (her publisher) are I assume unusually brave/boundary-pushing, and there was controversy. But in the light of the content of a book like that (I underline that I thought it was brilliant as well as uncompromising and challenging), arguing about the word 'cock' seems a tad absurd. This is about adult/parental concepts of what children should be reading, of course, but - as you say - it might be better to put one's outraged energy not into matters of vocabulary but into something like getting the Daily-Sport-type papers moved from child-eye-level (where they are relentlessly displayed, face out, in our local Co-op, for example). Or addressing the fact that they are considered socially acceptable at all.

P.S. I recently read F. Hodgson Burnett's 'The Secret Garden' to my children (never having read it before myself) and was totally unprepared for the racism in it. Had to decide on the spur of the moment whether to edit as I went along or read and discuss... Wonder if books like that - considered classics - are taken notice of by those who want to censor new works? Does anyone know?

Harriet - I had a similar reaction to The Secret Garden when I re-read it recently, but I would be against sanitising it, on balance, because it offers such a useful example of how society changes. Eve - regarding censorship, my American editor required me to change a quote from Thomas Gainsborough when he said that he was tired of painting and wanted "to retire to some hamlet with his viol de gamba at the fag-end of his life." I would have been happy for readers to snigger because it would also have showed them that words have a lifecycle of their own. In the end I changed it to "in the autumn of his life"...

Yes, I absolutely agree about The Secret Garden, Linda. I was just a bit dithery in that moment, caught on the hop!

fascinating post! yes many of those 19th and early-mid 20th century children's books are riddled with racial prejudices (not to mention tired gender stereotypes!). For example, the Nancy Drew books, I understand, have been reedited in their latest incarnation, to change the housekeeper Hannah's speech (and how she is described by Keene) to make the books more palatable to current readers (and their parents). As a historian, I tend to view these as opportunities to discuss how culture changes, but of course we'd have to read every book our children are reading to do this. (But editing Dickens? Come on!!!)

I meant to say in last line above "censoring Dickens' name! Come on!"

That's what happens when you use an automated form of censoring. It's like Replace in Word. I changed a character's name from Chris to Tony and got words like Tonymas!

Fanny in the US means the bottom. So when burton and Taylor were filming Taming of the Shrew and the director said "pat her on the fanny" he was very surprised by what (Dick) Burton did!

The more closely you try to stick to a period, the harder it gets, I think, because people didn't just say and do different things from now. The way we assess people has changed too, and some things that perfectly nice people said and did a hundred years ago, now seem like the worst kinds of racism and sexism, of the kind we expect from lunatic far rightists.
Also what they thought was good was very different from now, too. So someone's virtuous behaviour in 1850 comes over as downright weird now.

I'm not sure anyone has managed to convey a sympathetic histoical character to my satisfaction.

Could go on about this for hours, it's been such a difficulty for me in my own writing.

I wrote about censorship in children's books for the New Humanist, though not specifically historical. Different publishers have different levels of tolerance, don't they?

I did withhold one Barbar book from my bints until I felt they were old enough to discuss the racist attitudes in their historical context - I'd rather do that than censor a book.

I've recently been rather outraged that consultants on a series I'm objected less to the violence described of Jack the Ripper than to the fact that the victims were prostitutes - the message that slashing women is acceptable in a book but being a prostitute isn't was particularly offensive, I thought. Not really the publisher's fault - they were told the libraries wouldn't take it with the prostitutes in.

I've recently written about the colonialist views in The Secret Garden for my Children's Literature MA and the interesting thing is that Hodgson Burnett for her time was actually fairly progressive-witness all the Orientalist romanticising of India and the New Ageish spirituality in TSG! I don't think anyone is urging a censorship or banning but I do think it's important that children read these books in an informed, questioning way, helped by the adult 'gatekeepers' be they parents/teachers/whoever.

Coming to this very late but found it most interesting. I've often found myself glossing over the ages of my historical characters in Troy, Ithaka and Dido eg as some of the things they get up to are sort of 'over 16' stuff. I always say: about 16 when asked how old my protagonists are. Young, in any case.
About Censorship, in general, I'd rather explain old attitudes than have modernises versions but maybe in some cases....it's a difficult one!