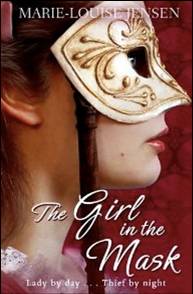 During the Bath Literature festival a couple of months ago, I bought a ticket for a guided walk with the theme 'Bath in 1713'. As this is just two years before my book 'The Girl in the Mask' is set, I was really curious to see how much the walk would add to my knowledge of Bath at that time and how much I would already know - and would I discover any errors?
What did I already know? Lots! That the season ran April to September, that sedan chairs were used instead of horses and carriages in the narrow streets and the locations of many of the old buildings such as the original assembly rooms, city walls and Guildhall.
What did I learn? Amazingly I learned that one of the four city gates still survives! The East gate opened onto the river Avon and had a wharf for loading and unloading goods and passengers. It is still there down below the old Empire Hotel (now an appartment and restaurant complex) beside the Abbey. I had no idea it was there (locked behind iron gates) even though I've been to the other end of it when canoeing on the river.
I learned to distinguish the gabled fronts of the pre-Georgian houses from the parapet, flat fronted Georgian buildings - and even to spot where the old style had been converted to the new to keep up with the fashions. I learned there is one surviving Tudor house front hidden away in Shire's Yard. It was fascinating.
And yes, I discovered I had made one mistake. Trim Theatre was not in Trim Street, as I had understood. It was around the corner in Upper Borough Walls. Bother!
Posted by Marie-Louise Jensen at 01:56

Email ThisBlogThis!Share to TwitterShare to FacebookShare to Pinterest
Labels: Bath, Marie-Louise Jensen, The East Gate, The Girl in the Mask, Trim Street

Isn't it nice to be able to do this sort of tour as research? ;) I have only been to Bath once, years ago, when I last visited England, but didn't have time for a tour. I did visit the costume museum, which was running a gloves exhibition, and browse the city centre... Isn't it embarrassing to discover an error AFTER publication? Been there, done that! But if it's your only mistake, you're doing fine.

It probably isn't - just the only one I've discovered so far! I took the information from a history book, but I found so many errors in the books on Bath that I'm not at all surprised there was one I didn't pick up on. I'm sure we all find mistakes later, don't we? There are details I'd love to put right in three of mine.

Proves there's always something to be learned on such tours :) Was there anything YOU knew that the tour guide didn't?

Oh yes. We had a chat after. I knew lots that he didn't about the time, but not about the buildings - he was a real expert there. It was wonderful to be shown such hidden corners of the city.